I am swapping from sin to sub. I’m currently necrolord which isn’t great. It looks like most sub rogues are kyrian now with the legendary.

We’re probably a couple weeks from 9.1.5 where it’ll be easier to swap to kyrian. My legendary is currently gloves.

Can’t decide if I should go master assassin for now or just wait it out and grab the kyrian legendary.

Any input is appreciated, thank you!

If you’re resolved to min/max for PVP, go Kyrian and race change to a Night Elf.

If you’re not the min/max type, don’t let anyone talk you out of Venthyr. There are enough vampires at the top of the arena ladder to say its still more than viable. If you go this route, MA is 100% your legendary. It’s BIS for PvP, decent for PVE and feels really nice doing open world content since you’ll be killing most mobs within the 4 sec window.

Either way, I’d wait until 9.15 to swap unless you have a lot of free time.

Thanks, echoing reprimand seems like it’d be really clunky to use. I’ll have to give both a try once I can swap covenants easier and see which makes more sense. Venthyr/Masked Assassin sounds fun but I know it was nerfed in pvp and more and more rogues are going kyrian.

echoing isn’t clunky at all with the legendary. Unless YOURE at the top, copying the ones at the top won’t also boost you to the top. It’ll just give you ideas on why things work. venth and kyrian both seem to work well and kyrian gives you a potion that let’s you remove bleeds which you can also use make sure you can stay stealthed if needed. I personally get more use out of kyrian with nightstalker than venth with subterfuge. personal choice

There is lot of different specs that are viable as sub right now. Depends on comp and personal play style. You just have to have the gear that compliments how you are going to play.

Tbh, you could probably play pve single target specs as sub in arena and run at people like assassination as Kyrian with relatively high success because of the dmg OR necro and play very close playstyle to assassination.

Caveat is you need to have an edge of night off hand from raid and every domination socket you get with the 1.5% dmg buff makes it better. However even the LFR version of edge of night

If you do pvp and pve sub is going to be the easiest to switch between contents types without gear swapping too much.

Stacking mastery is going to be highly beneficial and going and getting pve gear for mastery is better than the pvp gear with vers for sheer dmg. (3X more effective.) You will be slightly more squishy, but you can add of subtract vers depending with pvp gear depending on how tanky you want to be.

MA is still completely viable in all content for legendarys if you play hit and run style and M+ especially. Kyrian legendary does dmg at different times than MA. The thing that makes it deadly is that it does does dmg randomly so people cant do things like shield wall it or pain sup or BoP incoming dmg. They just get crit by a charged evis and die.

Completely unpredictable with a low CD and the move itself can hit pretty hard also and several of the charged anima point crits in a row and someone just gets erased.

Venth MA is a lot of front loaded dmg, and completely viable also, BUT less dmg if you dont kill in an opener with a long CD. (Not going to happen against most good players. It’s also getting a crit nerf in 9.1.5 which hurts it a lot.

I personally am playing a double dance, DS spec for biggest evis, but still have the utility. It works really well with the Kyrian charged anima point system for huge crits albeit at random times. And if thats not enough dmg you can always play single dance specs which is pretty much a guaranteed kill every 60 secs without any cds going out from your opponents.

Single best improvement as sub is getting an Edge of night. Even an LFR edge of night sims better than a regular 252 offhand for me and people are suggesting it still might be good next tier. That one item will make the biggest improvement in the spec across all content for you. So go get an even an edge of night from lfr.

If you ever see an instructors divine bell trinket in WQ or your command table be sure to get it. Biggest evisc you will see in game.

I also stream on tue and thur nights and sun afternoons if you want to watch and ask questions so you dont have to waste time try bunches of stuff that work for your playstyle.

And if you are brave and dont mind f bombs and trash talk. I answer real questions on my twitter. <@kodahsOg>

TLDR: Sorry for the wall of text but its all relevant with no bias. Gotta read it if you are interested or just starting. If not, just know sub has lots of viable options right now.

If you ever see an instructors divine bell trinket in WQ or your command table be sure to get it. Biggest evisc you will see in game.

This is terrible PvP advice because you want to run double pvp trinkets.

I also stream on tue and thur nights and sun afternoons if you want to watch and ask questions so you dont have to waste time try bunches of stuff that work for your playstyle.

What do you stream?

Your keys are low, your highest arena achievement is 1550?

Sub pvp advice is learning how to use your symbols of death properly in goes and kidney and kick off the stealth bar. Also Shadowstep kick macros, blind macros and a !stealth macro canceling shadow dance bar when going for rees.

Rogue takes time, took me a couple years to reach rank 1 level with it back in cata and nowdays its easier to setup as shadowstrike ports you behind a target and you have conduits that give shadowstep massive range.

Ok, what am I missing? Why in the world are all the top sub venth rogues running master assassin? The legendary is literal garbage in pvp now after the nerfs, 1.4 seconds of crit? Am I being trolled?

You get 1 less global of crit than before, which means you miss out on a big evis crit. Still can hit pretty hard I guess if you get a flag evis in there. I’d just go kyrian. Venthyr is a bit more damage on double the cooldown.

Ok, what am I missing? Why in the world are all the top sub venth rogues running master assassin? The legendary is literal garbage in pvp now after the nerfs, 1.4 seconds of crit? Am I being trolled?

it’s 2.4 in pvp tooltip is bugged, but the timer doesn’t start till you do the intial global from stealth so you can fit 3 globals in it. So even without always having marked for death you can get another evis by already having slice and dice up making a premed shadowstrike give you 4 combo points. 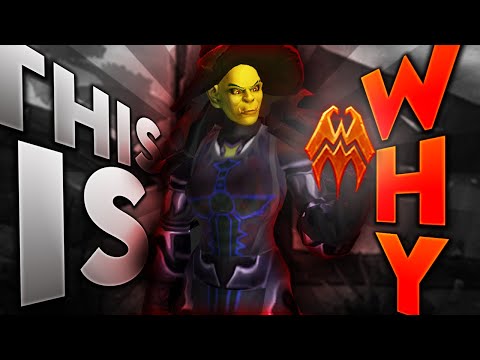 Overall though Kyrian is easier to play and more consistent since it is a bunch of medium damage goes that outrade defensives rather than trying to setup 1 giant nuke. If you’re trading flag for defensive cds you are behind. Whereas, Kyrian is just shoving goes on cd.

Thanks for the reply, Nahj. Huge fan and a long time subscriber to your channel! Haven’t been able to find an online guide on opener as venthyr sub, kind of just winging it the best I can.

Not really opening with the 1shot since trading it for defensives isnt rly worth.

Unless your trying to catch someone off guard with a late flag duel vanish crit combo out of like a half kidney or something like that timestamp in the vid.

Usually just a soft mfd/symbols stunlock 3v1 trying to get trinkets and soloing someone without trinkets later on with flag.