Stitches was never a neutral mob in vanilla. Source: Day 1 player. If I recall, there would also be emotes and yells from NPCs that he was approaching Darkshire.

One of the first thing any player did once they hit a high enough level was go back and beat the undead crap out of him. It was a rite of passage.

Weather he was Hostile or not isn’t even a question. He was. He would also kill NPCs, including Quest givers. I remember trying to turn in the spider quest to the guards that are at the junction of the DS road and the one that leads to STV, and then watching Stiches kill them as I approached.

Woah, what the heck? I remember him being Hostile as well and constantly watching the roads careful not to agro him.

Looking into it, the stuff I am finding shows him as Hostile.

Exactly! He wasn’t passive until maybe BC?

Well, this video was uploaded Feb 2007 and TBC came out Jan 2007. This video shows him as hostile.

Also it should be noted that his Wowwiki page only mentions him being changed in WotLK (nerfed) and Cata IE the Revamp of the world. 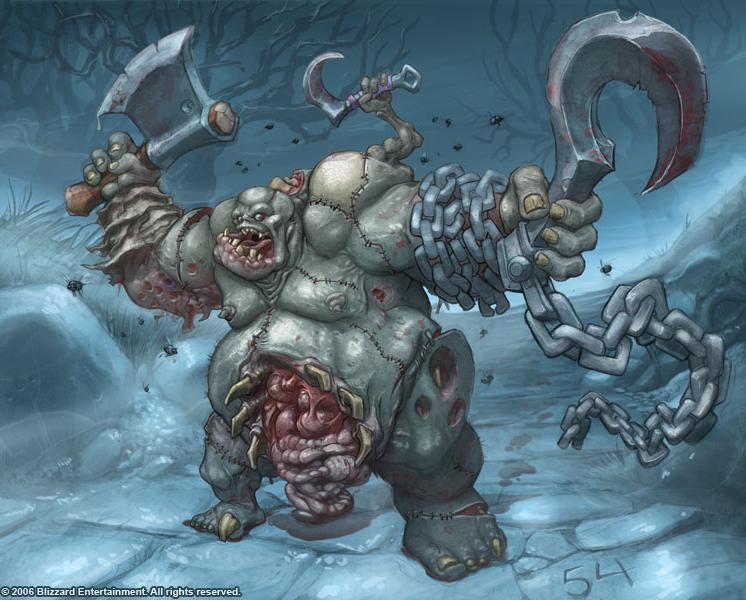 Another old video I found from Vanilla I can’t really make heads or tails of because it starts with him already agroed and the person is using a heavily edited UI.

As far as I know Stitches IS suppose to be hostile and evidence points towards that. If he was Neutral at some point I feel there would be documentation of it. I will keep searching for vanilla videos.

UPDATE: Yeah, found two old comments, one from 2005 and one from 2006, that also elude to him being hostile on Wowhead that was imported from Thottbot. I will post a link to the comments as well as an image because I know not everyone is a huge fan of Wowhead(I think its blown out of proportion but thats just me)

I am assuming this is either a bug -or- for testing purposes… for… some reason? He certainly should be hostile though from what I am seeing.

I’m not sure of the pathing or distance, but doesn’t he spawn neutral until he walks to a certain spot and then because hostile? In beta is he always neutral? Does he not go into the city center?

One more thing, petitions are a no-no. Just saying, they are pretty frowned upon on the forum

Why is that? The reason we are even having this discussion right now is thanks to a petition.

Why is that? The reason we are even having this discussion right now is thanks to a petition.

So, its more so a minor technicality in the title more than anything but the reasoning given by Blizzard is as follows.

Petition posts are frowned upon.

These are discussion forums and, as such, we ask that you hold discussions. Creating a thread to ask for replies as votes is not a discussion. Threads violating this guideline are subject to deletion.

Obviously this thread is not asking for replies as votes or the like and wouldn’t really be actioned or anything but its a good practice to distance yourself, when making a thread, from using “petition” and instead go with a more open ended title like, for example–

"Stitches incorrectly neutral on beta?" or such. The title is far clearer on what the discussion is going to be about and is not misleading in terms of what the thread is.

I get it, its minor and nitpicky and Old Grumpy Byucknah is just being a rules lawyer and such, but I am honestly not doing it to be a stick in the mud. I am suggesting to avoid those things for the benefit of the threads as a whole which is why its literally just a tiny little footnote in my post discussing things in this thread.

I honestly find this thread to be rather valuable and a very good observation by the TC and I think its fantastic that this thread exists to point out the in game error. I am just giving a bit of friendly advice, nothing more.

Yep… Stitches Was and Should be hostile in vanilla… He’s what made duskwood so terrifying!!

Yes, I remember running into him when I started playing in WOTLK and he was definitely hostile.

That’s a bug. Someone with beta access should open a bug report and also post on the beta forum about this.

Stitches and the devilsaurs in Un’ Goro, mobs we love to hate.

He was most certainly hostile and you knew he was coming due to shouts from the Night watch NPCs. He killed anything in his path, players or NPCs.

This fixed or elaborated upon? I remember many times either throwing the warning out in local or seeing “Stitches is on the road!” in local.

Will be a huge disappointment if he isn’t an aggressive mob like he was prior.

Oh he was very hostile in BC, I remember accidentally running into him once.

I remember how unsafe Duskwood was for my alliance character in Vanilla. I’d keep my eye out for Stitches and try to get off the road when I thought he was around, and then get slaughtered by packs of wargs or spiders I wasn’t paying attention to. So yeah, get this guy back to hostile.

I think WoTLK or cata.

Actually, I think he was still aggressive even in WotLK. I started during WotLK, and I seem to remember having to get off the road and avoid him as he travelled towards town.

I am assuming this is either a bug -or- for testing purposes… for… some reason? He certainly should be hostile though from what I am seeing.

It’s a bug, he’s hostile after leaving Abercrombie, he remains hostile up until the point he fights the trio of defenders North of the Rotting Orchard and yells out his victory roar. At which point he becomes non-hostile and continues on down the road to Darkshire.

It is reported, and something I check on periodically. He was still bugged Friday night.

Stitches was definitely hostile to alliance in vanilla, i had to avoid him a lot while leveling there and i remember stealthing when i saw him and watching other alliance players inadvertently run into him on their mounts and get roflstomped

He was most certainly hostile and you knew he was coming due to shouts from the Night watch NPCs. He killed anything in his path, players or NPCs.

I hear he liked rabbits, or ducks dressed as rabbits.

He is red to both Alliance and Horde

but if i look at the “Classic” tab… he seem to react ONLY to Alliance.

So there is certainly something that doesn’t add up there, they should look into it.

Even more considering he is neutral, which he shoudn’t be.

I hope 85 days is enough time for blizz to fix all the stuff that’s wrong. There is A LOT wrong with the beta still