So, Slyvanas is working with Kel'Thuzad?

Perhaps indirectly. But it does appear they’re both the Jailor’s servants.

Is Slyvanas aware of this? She’s fine with it? KT was the reason she became a banshee. Arthas might’ve pulled the trigger, but they were only there in the first place so they could toss his body in the Sunwell to raise him as a Lich. He’s one of the main villains for both the Forsaken, Sin’Dorei and her personally.

I guess I’ll withhold judgement until I see the story unfold myself. But if Slyvanas is knowingly working with the catalyst for all her pain then she’s veered so off the deep end that I don’t understand why they didn’t just pick a different character for her role.

What’s super curious is that Kael’thas himself directly blames Kel’thuzad for what happened to Quel’thalas. It doesn’t appear to be some big secret. Given that Sylvanas worked alongside him during her enslavement to the Scourge, I would assume she too was intimately aware that he was the reason she died in the first place.

Them teaming up is boggling, though I’m still expecting a Kel’thuzad double agent deal where he’s trying to bail Arthas out.

I have been avoiding datamining and I have not played the beta so I am in the dark when it comes to the story of SL, but part of me figured that Kel’thuzad was in the SL for Arthas.

Back in the Frozen Throne, Arthas and Kel’thuzad seemed to share an odd camaraderie. Some of their interactions even seemed pretty ‘cute’ for lack of a better term. It seems to me that Kel’thuzad was a genuinely loyal servant, so it doesn’t seem unreasonable that he would be planning some kind of jail-break.

I don’t know enough about the content to judge, but I wouldn’t be shocked if they threw in one line of angry dialogue and considered it adequately addressed.

I guess I’ll withhold judgement until I see the story unfold myself. But if Slyvanas is knowingly working with the catalyst for all her pain then she’s veered so off the deep end that I don’t understand why they didn’t just pick a different character for her role.

(Speculative): This is just my opinion on the matter, but I think Sylvanas achieved closure on her suffering during the Third War, her fate in becoming the Banshee Queen, when she stood atop Icecrown and saw Arthas had been defeated. When she leapt into the pit of Saronite below, she had fulfilled her goals of vengeance against those whom she had a grudge against. As a result, she might’ve honestly moved passed any hatred for Kel’thuzad she might’ve harbored. Considering her new goal is to break the machine of death, I could see her working with Kel’thuzad without any outward fuss. I can also see her putting an arrow through his skull from behind at the end.

Them teaming up is boggling, though I’m still expecting a Kel’thuzad double agent deal where he’s trying to bail Arthas out.

Considering her new goal is to break the machine of death, I could see her working with Kel’thuzad without any outward fuss. I can also see her putting an arrow through his skull from behind at the end.

Her major trait currently is being petty and doubt she will ever past her hatred against Arthas and KT as they were the architect and main reason most of these events happened in the first place.

It’s my hope Kel’Thuzad survives our SL encounter, much like Azshara did in BFA. If of course they remember to put his personality in this time. Which they did for Heroes of the Storm. 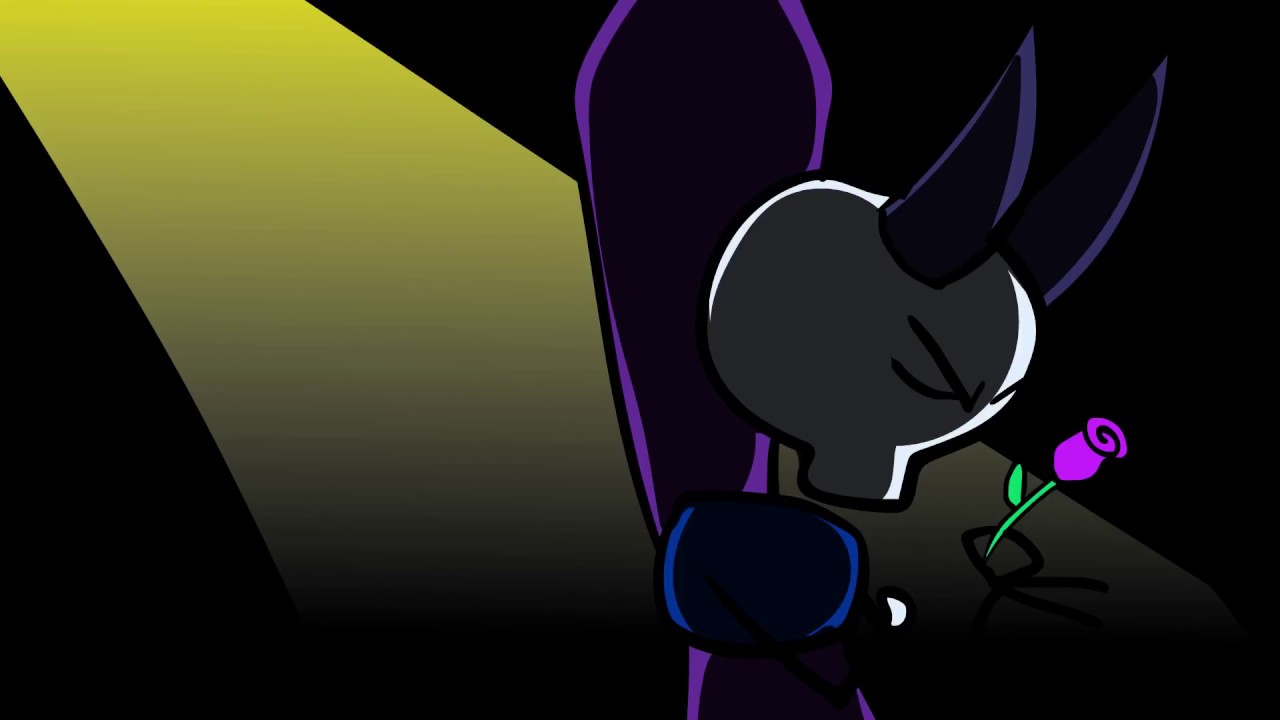 Seriously who doesn’t want a sardonic cat loving Lich to pop up now and again to menace us with his necrocultist minions whenever we need some enemy variety?

But that being said it seems that Kel’Thuzad and the Dreadlords were all in cahoots with the Jailor this whole time. Like I said I’ll have to see it before rendering judgement but as it stands it does appear that he is also the Jailor’s minion.

I think what’s worse than Kel’Thuzad is her working with the jailer to begin with, especially if they go with the route that he was controlling Arthas’s actions. It’d make her a co-conspirator with the person really responsible for all of her suffering, and uh…yikes.

Unless she’s playing the longest of cons and her end game is to supplant the Jailor herself. Her becoming a deity of sorts would give Dark Lady Watch Over You more of a meaning.

I’m not saying that’d be a good story beat. But, I’d not be surprised by it either.

Kel’Thuzad was not in league with dreadlords. Those were the lich King’s jailors.

Seems that’s not the case anymore. They were working for the Jailor, not the Legion.

Maybe? I feel like we don’t know nearly enough about the whole Nathrezim deep-cover scheme to say who was acting under who’s orders at what point in time.

For real, Kel’thuzad is one of the more enjoyable characters we have left in the setting. He’s got personality, sass, and a fun power-set that doesn’t really tread too hard on anyone else’s themes (outside of Jaina the Frost mage prodigy).

Unfortunately, Azeroth isn’t one where we get reoccurring villains very often. Reoccurring groups sure, but we always get the kill on the ringleader sooner rather than later. I’d love to see him in that type of role though, if not forced to get along with the Forsaken. We need some actual ‘hero’ characters back and he could fit the bill. But he is KT, so chances of that are slim to none.

I just want Mr. Bigglesworth to have a loving home where adventurers will stop killing him.

True, but KT’s ‘survived’ getting murder hobo’d twice now. If he has the presence of mind to hide his phylactery extremely well then he’ll be fine.

I’d hide it under a false brick in the Exodar, nobody ever goes there.

Do we even know what happened the second time? His phylactery was fine, as far as we knew, yet he still got yeeted off the Shadowlands.

Maybe the Jailer fudged that up on purpose to recruit him.

He could just be hanging out there. If the KotEB mission table is any evidence it’s apparently not that hard for necromancers to figure out a way in.

I was confused by Kel’Thuzad working for the Jailer. It didn’t really feel like he fit in with the rest of the Jailer’s minions running on the concept that existence is so terrible that everything needs to be unmade so there would be no possibility of being brought back into it again.

Sickened and horrified, he teleported out of Naxxramas altogether, staggered a little distance away, and threw up. Finding a patch of unsullied snow, he scooped up handfuls and scrubbed viciously at his mouth and face. It felt as if he would never be clean again. What had he gotten himself involved in?


One by one, his scattered thoughts fell into place. The necromancer was no simple academic, interested in studying a widely condemned field of magic. Nor did he plan to stop at fortifying his home against attack. He was mass-producing a fluid that converted people into zombies. Naxxramas also had an enormous stockpile of supplies, weapons, armor, training grounds….

These weren’t defensive measures. They were preparations for war.

A sudden wind buffeted him with an unearthly shriek, and a group of cold wraiths coalesced in front of his eyes. He had read of them years ago in the Violet Citadel. The vague description of their cloudy, translucent forms had mentioned nothing of the frigid malice in their glowing eyes.

One of the wraiths drifted closer and asked, “Second thoughts? As you see, your little trick will not avail you. You cannot escape the master. At any rate, what could you hope to accomplish? Where would you go? More to the point, who would believe you?”

Fight or flight: those would have been the heroic choices. Heroic, but pointless. His death would serve nothing. By agreeing to become the necromancer’s apprentice, Kel’Thuzad bought himself time in which to bolster his own skills. With enough training, he could surpass the necromancer or catch the man off guard.

The necromancer spoke directly to Kel’Thuzad then in a voice that was no longer even remotely kind. Let this be your first lesson. I have no love for you or your people. On the contrary, I intend to scour humanity from this planet, and make no mistake: I have the power to do it.

Relentless, the wraiths did not permit him to stop. Beyond humiliation, he abandoned his staff and began to crawl. The necromancer’s malevolence beat down upon him and pressed him deeper into the snow. Kel’Thuzad was shaking and whimpering, and o gods, he’d been wrong–stupidly, colossally wrong. This wasn’t fatigue. It was stark terror.

You will never catch me unaware, for I do not sleep, and as you should have already guessed, I can read your thoughts as easily as you might read a book. Nor can you hope to defeat me. Your puny mind is incapable of handling the energies I manipulate on a whim.

Kel’Thuzad had long since torn his robes, and his leggings were useless against the icy rock of the rough-hewn stairs. His hands and knees left bloody tracks behind him as he struggled up the last spiral. The throne radiated bone-chilling cold, and mist surrounded it. A throne not of crystal, but of ice.

Immortality can be a great boon. It can also be agony the likes of which you have not yet begun to fathom. Defy me, and I will teach you what I have learned of pain. You will beg for death.

Serving this spectral being–this Lich King, as Kel’Thuzad was beginning to think of him–would assuredly bring Kel’Thuzad great power… and damn him for all eternity. But that knowledge came far too late. Besides, damnation had little meaning without the prospect of true death.

Even worse, the Jailer shouldn’t trust Sylvanas at all, knowing that she could very well be playing along until she can usurp him for vengeance. There’s potential here for a really gross, like, quadruple or quintuple agent backstab mess here.

Sylvanas doesn’t care about the living in the normal sense of the word. According to the UVG Sylvanas cares nothing for the living. We have had anomalies but its not the norm. It is hard for me to imagine that Sylvanas truly cares or has cared for Quel’thalas since Arthas mangled her soul.

Why would she be mad with or be against working with KT when she was made to hate the living; I mean she just tried to feed everyone to the Maw(including the remnants of QT.)