Just for fun! Do you guys have a fun wishlist for your Priest (of any spec) that you’d like to share?

Here is MY Shadow Priest PvE wish-list for polishing before DF launch (can be as realistic or UNrealistic as you please!):

This. This is the way. Disc would be perfect

Switch coalescing shadows to empower Devouring Plague and Shadow Word: Death to provide more of a distinction between the left and right paths of the spec tree.

Generally, I would love to see a return to pre-Legion Shadow in a lot of ways. I want our DoTs to hit harder, I want the rot style to come back, and I’d love to see us be undisputed in terms of dueling/passive healing when played well.

More generic wishlist stuff would be just giving us unique utility that incentivizes groups to bring Shadow, better/more streamlined movement options so we don’t have to press 5+ buttons just to use our movement, and more than ANYTHING ELSE, I want Blizz to stop telling us that they just ran out of time to address our spec.

Like how many expansions is that now? To have Blizz admit that they know something is not working, or lackluster, but they just don’t plan to change it for launch? We’ve had 6 years since Legion launch, and it’s been the same story, and our only hopes have been that they patch us up enough not to sink or they tune us to such gross numbers that people bring us/play shadow regardless of the bad design.

I would absolutely love it if Coalescing Shadows amped Devouring Plague instead of Mind Blast. Even if they left Mind Spike in there, that would be so much cooler to me, and it would make our DP hit like a truck.

I just made a post about an idea to make coalescing shadows more interesting. Check it.

Keep the same cooldown on crash, reticule or mob target I can live with (would rather mob target), but uncap the targets affected. Thanks.

Fade DR → would like to see something closer to the 20%+ personal of most other classes. Not a fan of the claim that self-shielding or self-healing over multiple GCDs is the same as a single, off-GCD click that defines most personals.

I’d give up the more “flavorful” priest situational utility for a lust and/or brez and/or AoE stun.

Would like to see Lightwell either substantially re-designed or else removed, maybe in favor of Cascade.

r/Priestsofwow - I'm In Too Deep 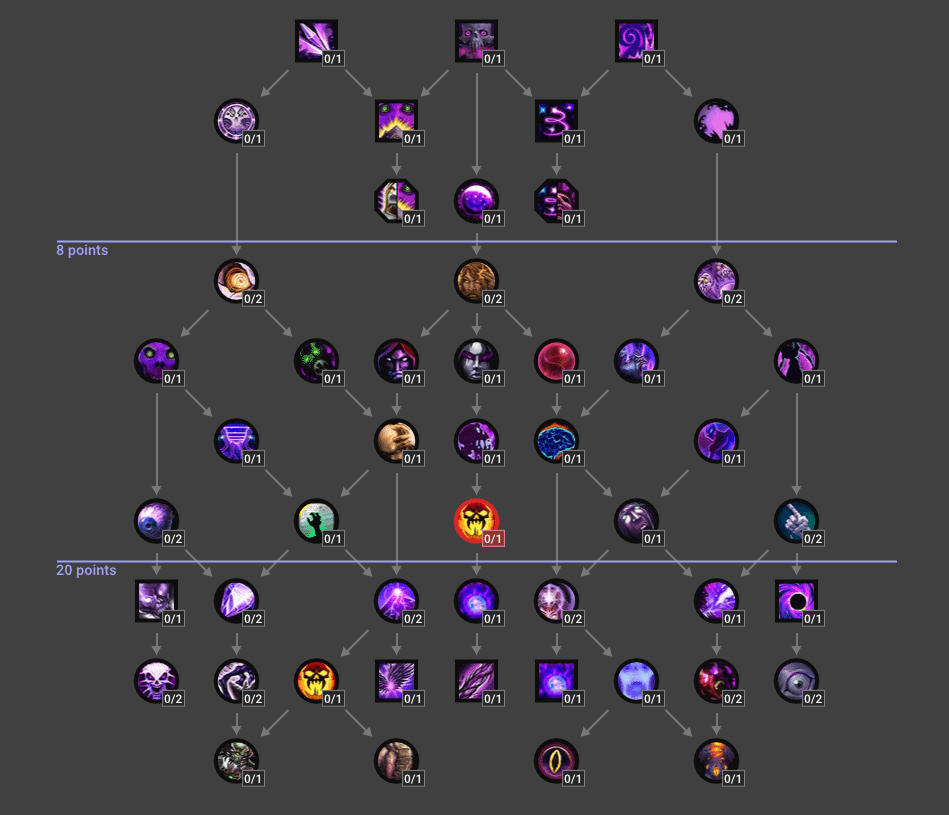 I went too deep dreaming about what Shadow could be. Beware of a long delusional post that will tease your brain and never come into existence. Turn back now for this tree has too many options.

I designed this tree with the idea that our Mastery is changed back into the Mists of Pandaria mastery.

Shadow Recall
Your damage over time effects have a mastery% chance to tick an additional time.

On to the tree.

Tier 1
The overall design of Tier 1 is inspired by the subtlety tree. I constrained it to a 6/4 split between throughput talents and utility. I wanted to experiment with a Tier 1 design that felt good while still containing all 4 of the utility talents in our tree. The player is free to choose 2 of the utility options simply to buy into tier 2. The other 2 talents will have to be sacrificed if they are desired.

Edit: After receiving some good feedback from jaerv on the shadow discord I repathed the tree a bit. 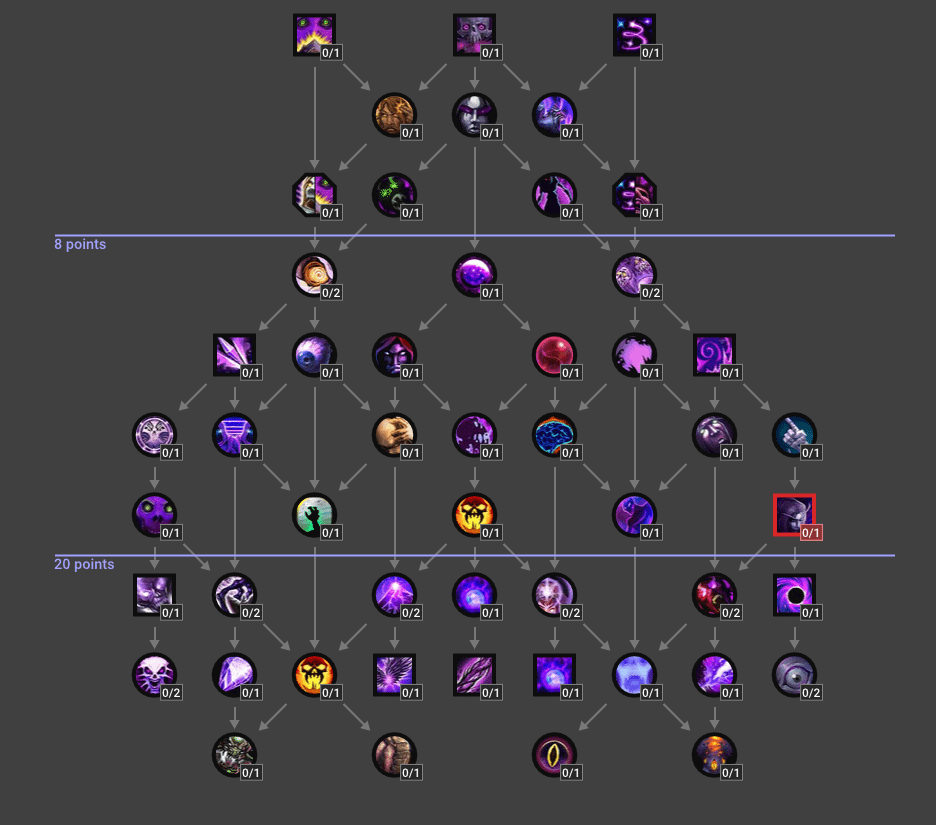 would still take out silence and dispersion, this should be baseline no talents shadow priest if they refuse to put it in class tree.

Oh I know. It was a design constraint. I assume Blizzard will make the wrong choice after that last blue post.

@Mystakai I love your creativity and how deep you go into developing ideas. I don’t possess your talent for that, but I share your hopes that Blizzard would add some kind of identity to the Idols that alter our gameplay (at least in some subtle way). Unfortunately, I also share your acknowledgement that the last Blue post on priests did not sound promising enough to bank any real expectation of change before launch.

More cohesive rework. (I want a more fluid class and spec, i don’t want to be stuck in the past).

Shadow priests in my opinion have become so convoluted.

That is my humble opinion of wishlist items. I hate seeing that they are double downing on void form and insanity. I have hated that play style since it was introduced, but that is just me.

My new wishlist For next week.

r/Priestsofwow - Because I Still Dream 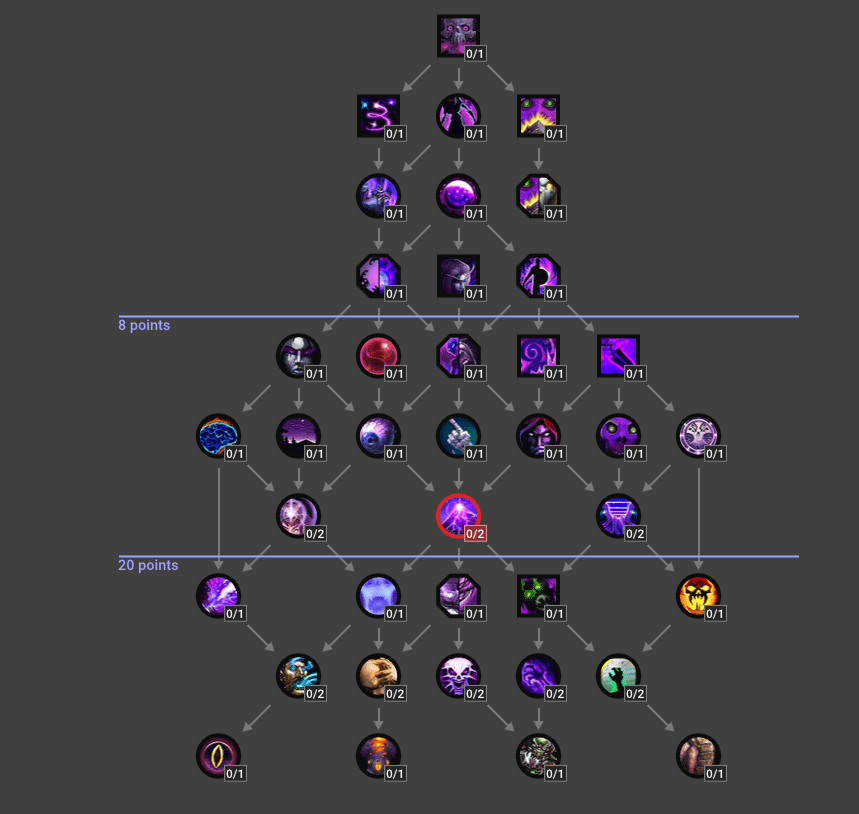 It’s been a while since I made a full breakdown post. I still dream that shadow will be enjoyable again.

For pvp I hope they buff up our power word radiance and single target heals. Our attonement heals are pretty good.
Disc priests should get silence like a priests do
And why the F are priests always oom 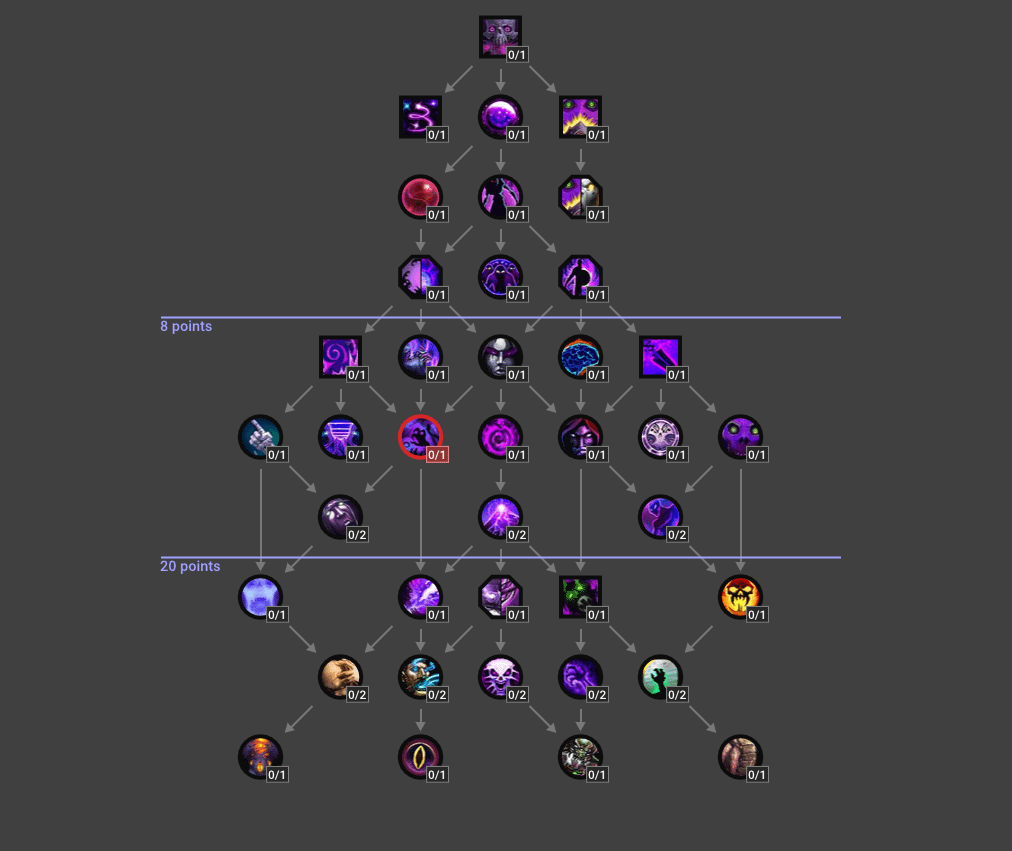 This is another full writeup based on all feedback floating about. This was inspired by the Shadow Word: Podcast which Publik organized. I believe this is the Shadow we all deserve. More Spirits please!