Shadowlands Season 4 will be closing the week of October 25. Here’s what you can expect:

Best of luck battling to a glorious finish of the season!

So why is KSM still listed in things before DF lanches?

Cause they changed it on the 12th. Ksm is still available until DF launch.

I know it is, not what I am saying, What I mean is, it would be nice for those who don’t know to have them say “KSM will still be obtainable until Launch of DF”

Will you be opening all fated raids this week for us who need a few bosses from Castle Nathria for the cat mount?

As far as I’ve heard they will be

i cant find any info on this that isnt a blue post. you wouldnt happen to have a link would you?

I’ve been playing this game since vanilla. Lately I started playing Elden ring, and when I logged back into wow. I was rather taken back thinking about how the content is continued to get recycled. This season will end and the new one begins but nothing really changes. I really wish the devs would stop working on all these side projects with vanilla, wotlk, etc. Instead focus on one thing and make a new engine… I mean my night elf ears have been glitching out the helmet for nearly two decades. Playing this game after playing these new games, feels like playing Roblox. But actually a bit worse because at least Roblox constantly has new games. Like what’s the plan here ? It’s just a cycle that’s been repeating for nearly two decades. This is the only game in history with the amount of players it has that has gone this long with out updating the engine for 18 years… by them saying it’s too much work etc etc. Isn’t an excuse anymore. 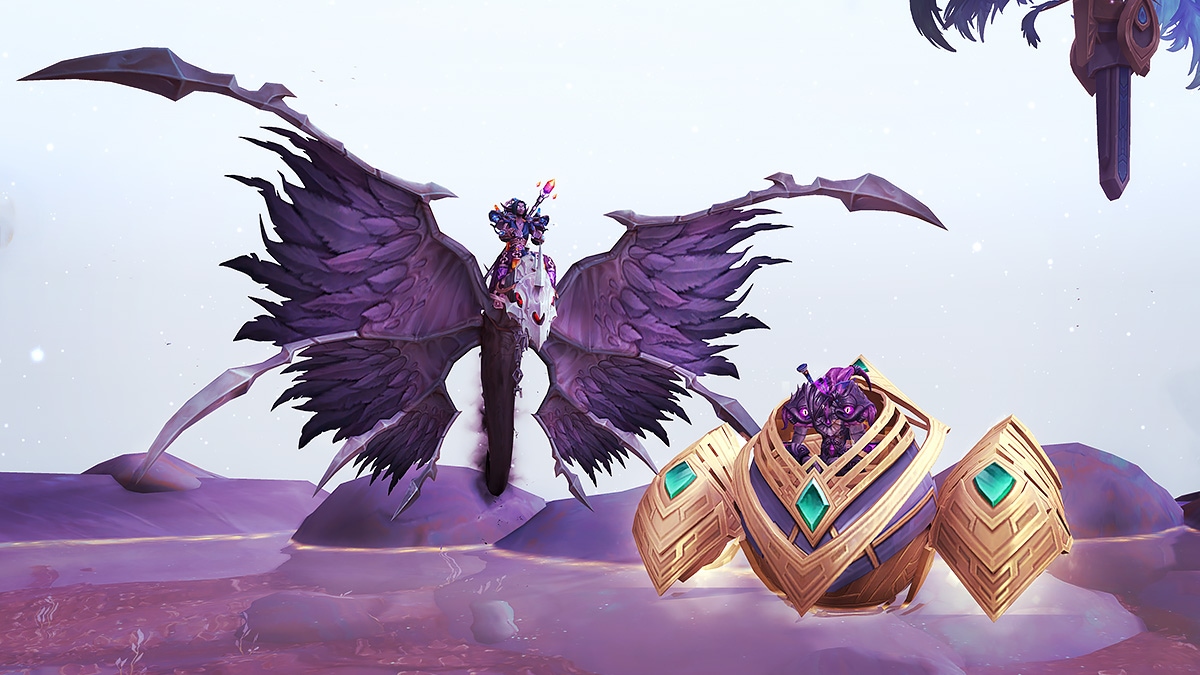 Before you journey back to Azeroth, you may want to spend your remaining moments in the afterlife seeking out a few rewards that will no longer be obtainable (or more difficult to acquire) in the upcoming expansion—Dragonflight.

Hallelujah. This expansion needs to end

Had you played longer you would have seen the connection. It was Zodaal the Jailor who created Frostmoure, the sword used by Arthus the Lich King and he was involved with the Dread Lords.

Sylvanas’ involvement with Zodaal started back at the end of the final fight with Arthus when she threw herself off the tower and ended up in the Maw.

Somewhere around then she cut a deal with the Jailor to return to Azeroth as part of his plan to escape and take over Shadowlands and other places as well.

This factored into her building up her Dark Ranger force, discrediting Horde leaders like Gorrsh Hellscream and ultimately getting Vol’jin to name her “War Chief” as he was dying.

It’s a story that has been brewing for quite some time.

By the way, this is one reason people are upset with Shadowlands (there are others), some people have been living with this story for years and don’t like the way it was resolved in Shadowlands.

Others do and are fine with how it all turned out.

If you play through some of the “rescue quests” in torghast, you get a glimpse. And some story behind some of the expansion.

haphazard retconning and loose threads dont make this expansion somehow years in the making. its about as disconnected as any other expansion and a bald Aizen Sosuke/Thanos doesnt change that. He can say it was his plan all along all he wants. Saying it, doesnt make it so.

I guess the question is, so what? Did Herman Melville know exactly how Moby Dick was going to end when wrote “Call me Ishmael” and started writing the story?

I understand a lot of people didn’t like the Shadowlands story but that’s just an opinion. There are others, me included, who thought it was fine.

Now was it the “Great American Novel”? Well no but hey, it’s a video game.

Nice! Love to see GM engagement with Forum posts, yet my ticket pertaining to M+ & an item still has not been resolved after 4 weeks. 1 response that was automated & nothing after that. Kudo’s to Blizz at the lack of support towards community that keeps their business afloat.

Hey, is there a valor reset coming on Tuesday? It would be nice to know and there’s nothing about that in the lue post.

Question if I may …

IF it isn’t a spoiler. Will shadowlands become included starter edition content on this date as well? I’m looking to get a few friends some gifts and I would be great to know if we can get through SL’s - and some gear! - before the expansion launch or if we need to wait and until After inital Dragonflight rush.

In addition to valor, if Season 4 is ending, but there will still be rated solo shuffle at least in the prepatch, does that mean the conquest boxes will be usable during prepatch or is that part of the season cutoff? Would like to know if I should burn those on my alts now or not.