Shadowlands PvP is an Arcade Game

Shouldn’t matter if you’re a Combatant or Gladiator.

The game should not have:
27k Divine storms
23k Templar’s Verdict (lol)
31k Starsurges
28k Aimshots
among a boat load of others.

Why is the burst so high in this game. Some of these abilities practically 1 shot people. Someone drops before the global can even reset. You can’t even react to the damage.

Was this done to make the game seem like its fast paced or something.

so pvp has for a long time been divided into two camps:

the first group tends to stick with a main class that they master and maybe have a few alts, but generally they work to get better at pvp

the second group rerolls and farms gear for any advantage they can.

the current meta favors the second group exclusively. not only do we have two absurdly OP classes (boomkin and ret), but they current pvp system has zero safety or balance protections in place so the difference between this group and the first is the widest it has ever been.

it used to be that when a FOTM was identified, you would start seeing tons of them but they were all counterable. counter the OP spec and you counter all but the glads rolling it.

however currently there is no counter to getting 75% or more of your HP deleted in a global.

if the current meta was made for anyone, it was made for the FOTM rerollers who choose to play as unfairly as possible. you can’t blame the players for that, but you can blame the devs:

the previous pvp dev who left stated in his interview with stoopzz i think that basically it was him and 1 other doing all the pvp work and that the other devs didn’t understand pvp or how to balance it, that they decided to just remove all controls so they could figure out what to do next.

so this season is the way it is because the pve devs got their way over the pvp dev.

Couldn’t agree more. Probably the best summary I’ve seen on this so far.

Don’t get me started on ret paladins. I absolutely despise that class and spec and how broken their burst is.

Better buff them next patch to do 15% more damage with final verdict.

Wow has always had a very simple problem with PvP, it’s balanced around 3’s, with no compensation for more players. PvP needs to adjust on a sliding scale, to how many players are active. Having huge burst, was a reaction to every game in arena going into deep dampening. Problem being, you take that same burst into 10v10 instead of 3v3, and people just get instantly evaporated.

You could argue that burst is too high, even in 3v3, but at least there, it’s a somewhat viable justification. It’s a fast game, but not unplayable if you’re quick. But taking that formula to anything over 3v3 without any adjustments, is the crux of the problem.

Blizzard has always had a burst fetish, but this is the worst it’s been since trinket mages. It’s especially dumb in 10v10 and up.

/shrug. In 10v10 all damage and healing is reduced by 30% would go a long way toward slowing the game down long enough that you got to use a couple of cooldowns before you were BBQ’d in a stun. Oh yah…stun, the most idiotic mechanic ever introduced to a PvP game.

That second group mindset you’re describing sounds very much like a twink.

Well it is called twinking at max level for a reason.

Not judging or calling it right or wrong. But this is why I don’t see a difference between twinking and those that play OP meta specs. If you are having fun playing the game within BlizZard’s “balance” parameters so be it!

Was this done to make the game seem like its fast paced or something.

Yes. Fast-pace is good for viewers. It’s the same reason 9-ball is the only form of American billiards that ever gets televised, in spite of most people playing 8 ball.

I prefer the burst meta, personally. Arena matches can already take forever if you survive/kick CDs. But I do wish Blizzard knew how to balance things so some people weren’t underpowered, and so you didn’t have to re-learn how to play after each nerf.

Have to disagree with this one. Not much you can do to counter 50% health hits.

WotLk had a burst meta but most classes were welcomed to the party.

Right now you have a burst meta with a few to the party. If BlizZard’s goal is to go back to WotLk they need to invite more classes to the party!

Wtf kinda madness is this.

Why is the burst so high in this game.

Devs currently appear to think that it is good for the game to give massive rewards to elites who climbed the ladder at the start of the expansion, while everyone else should be happy to serve as their designated victims for the entire expansion and pay to play because those gods are so worth us paying them.

Its a trifecta of awfulness! 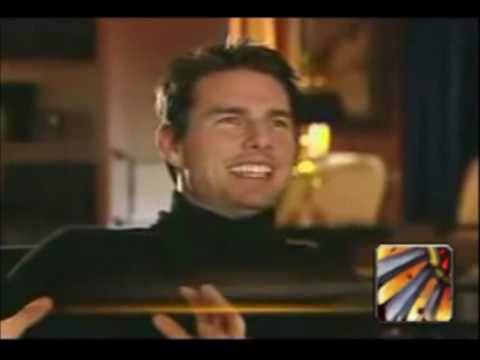 You’re either in or you’re out.

burst is fun
burst is good
such gigantic bursts should require a ton of setup and very specific builds
currently, it does not
setup time should be addressed rather than nerfing the burst itself into worthlessness