Wonder if they realize who started that term, way back in BfA beta.

silly you, expensive mounts are for the rich

hate to break it to you but we’re all entitled to get this mount if we so choose. not just greedy whales

And you still are. Go earn the gold if you want it.

When is it being removed?

When is it being removed?

When Shadowlands launches (or possibly the pre-patch). Basically, when the Achievement for acquiring the mount becomes a feat of strength.

Like all dinosaurs, the Mighty Caravan Brutosaur’s days are numbered. I can confirm that when Shadowlands goes live, the shady vendors Talutu and Tricky Nick will cease selling it.

some work for it, some wish for it

Que “if you work hard you can get rich meme”

I don’t know. My parents raised me in severe poverty and I turned out alright making mid 26 an hour in my mid 20s.

Similarly I was dirt poor in a lot of WoW until I decided to actually start applying myself at trying to not be poor in the game now gold is never an issue and never has been since Wrath.

Even if you discount boosting for gold sales which are extremely lucrative and finding a team to boost with discord communities isn’t that complex, if you play the AH right you can turn a ton of profit for next to no time or effort. Once you have a small amount (and I really mean small, like 100k small which if you find that as wealthy then you’re a peasant) you can start a minor AH operation that still profits well and all you have is more capital to expand your empire.

They also need to delete the spider mount

this is probably the most entitled thing i’ve read today.

hi. I was sitting in Stormwind and decided I need a long term goal, as a single box non guild leader player. In about 10 months i had a brand new mount and the journey was mostly enjoyable.

I am still hoping Blizzard still has a laps of good judgement and back peddles on this choice. Its a dumb decision on their part and I stand by that viewpoint, unwavering.

a friend of mine got his, there is no feat of strength for it

i’m not wishing boy, i’m actually working at it. now take that stuck up attitude of yours somewhere else

And if I’m not mistaken, it’s getting the AH removed anyway.

I can dig it up if need be, but I read a Blue post in one of these threads saying that wasn’t happening…hang on…here we go: 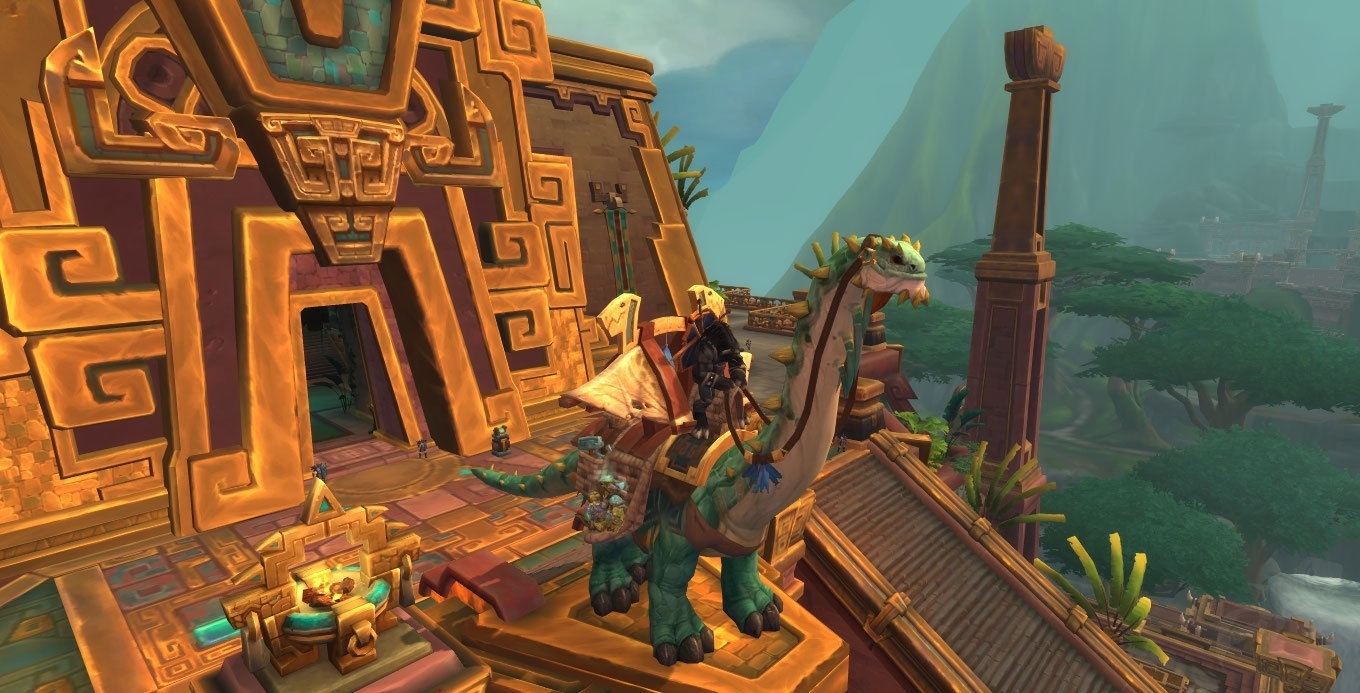 The Auction House NPC Will Not Be Removed from Brutosaur Mount

Blizzard has clarified that the Auction House NPC on the Brutosaur mount will not be removed in Shadowlands. The NPC and the convenience they provide will remain on the mount in future expansions.

“We want to be perfectly clear on this – we do not intend to remove the AH vendor from this mount, especially when some players put in a great deal of effort to acquire this mount specifically for that functionality. Of course, we remember that we removed the Mystic Birdhat’s Reforging from the Grand Expedition Yak, but that was because we removed Reforging from the game.”

The feat of strength for it is not yet in the game.

“You don’t know me boy so I advise you to watch that tone.”

people like you are why our community burns troll, so stick it -_-