You have to drop the bombs like 4 times total each over the entire fight, everyone knew nerfs were coming but jesus.

No, no their not XD, all normal and heroic is are mechanic checks, literally the jailer is one giant dance. In which you simply die if you fail the dance, nothing is hard about either difficulty XD.

Mechanics checks and giant dance sounds like fancy ways to say complicated and not fun.

One last dance with Mary Jay(ler).
One more time to kill the raid.
I feel summer creepin’ in and I’m tired of this tier again

Mechanics checks and giant dance sounds like fancy ways to say complicated and not fun.

What do you expect from raiding seriously? Do you want a giant pinata you just piano your skills then it dies and you get loot? I’m pretty sure that’s what LFR is for.

Okay, is it hard to spread for torment, followed by bombs in three holes, then soak for the tanks, and then take a gate for chains, and rinse and repeat for p1 on a set timer. Then in p2 its even more simplified by only having to spread, watch a knock back, have one of the tanks break a pillar and then stack on boss for charms to break them. Then in p3 it gets even more simplified to where you deal with chains that you break, followed by defile that you simply move out of, then deal with spread + adds that can be brought in using a DK and simply have to be killed. With the final mechanics being a knock back you’ve seen and dealt with in p2, and a simple soak for azeroth.

That is the literal entire coordinated dance, and each segment has a set pattern and timer, with mechanics that are carried over the entire fight over each segment having something outrageously different and difficult to deal with. Tell me again how what I just described is complicated honestly?

It’s a 12 boss raid and each boss has like a dozen mechanics, it isn’t appealing to anyone but the sweatiest of nolifers.

it’s quite enjoyable on heroic actually…

edit: unless you’re a bad, of course.

It’s a 12 boss raid and each boss has like a dozen mechanics, it isn’t appealing to anyone but the sweatiest of nolifers.

Thankfully there is TBC Classic for people who want bosses where there is one mechanic per boss. Luckily you’re already posting from a classic character so it seems you know what you want so god speed.

Also there is 11 bosses.

My guild raids two nights a week, for 3 hours a night, and we’re in Mythic raid now… Sweaty no-lifers?

There is nothing fun in wow that’s the joke.

Ok but you didn’t dispute the important part, each boss in Sepulcher has like a dozen mechanics.

yet here you are… SOMETHING must be fun .

Ok but you didn’t dispute the important part, each boss in Sepulcher has like a dozen mechanics.

If you look through the dungeon journal of course you will see a lot of mechanics listed but realistically every boss has 1-2 mechanics relevant to your role and the rest aren’t for yours.

For example the dungeon journal has like 23 abilities for Lords of dread but it boils down to avoid purple puddles (bad!), green puddles go into the middle, don’t stand in front of the boss and avoid slow creeping green moving puddles then point your finger at the demon vision.

Not sure what you’re trying to argue here.

Fun for me being goal completion, but that comes and goes, and varies on how much irl time allows it.

Also I like chatting here and about wow, irl topics are boring and lead to tribalism too much.

That’s why they made 4 difficulties.

Leave mythic hard for those of us that want a challenge. We don’t want to clear raid in a month and farm it for a year. This isn’t classic 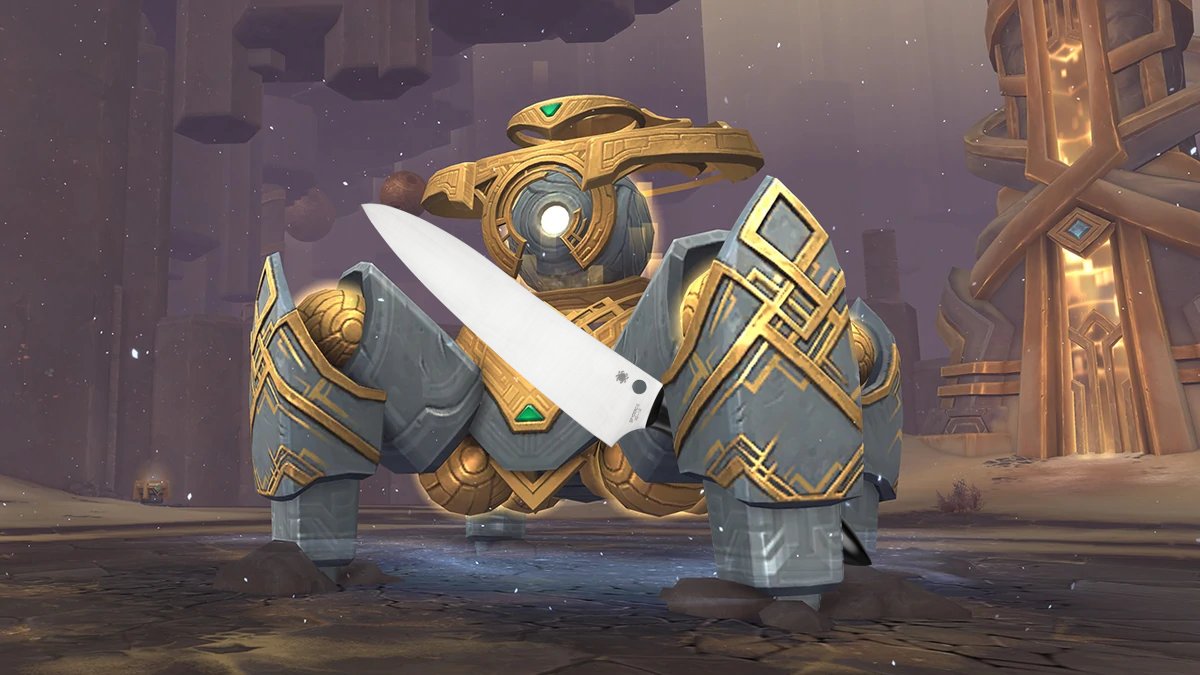 4 difficulties is the source of most of WoWs problems, we have insane ilvl inflation because we keep making raids that like 500 WoW players will ever do current.

Delete mythic raiding, make sure normal is doable, and add opional hard mode fights for heroic. There, I fixed raiding.

Man look at all the MYTHIC tuning…

It is almost like MYTHIC raiders get more dev time per sub than 95 percent of the player base.

OR keep loosing your customers