Paladins all over the world are being banned this week just for stepping into Stratholme and killing mobs to vendor their loot / sell boosts to low level players. The Paladin discord is exploding with reports of people who have been falsely banned for “Exploitative Activity (Cheats/Hacks)”, we seriously have had a LOT of players report they were banned ONLY for killing mobs in Stratholme, with more posting all the time.

Is something we are doing breaking TOS? As far as I can tell, none of this breaks TOS. You don’t have to tell us exactly what is being flagged, just tell us if we are being banned wrongfully based on the video at the bottom.

All we do is pull a bunch of mobs at once, aoe them down, and loot their corpses. Some people sell boosts too – which obviously includes receiving gold from trade from low level characters (in small increments at a time).

We usually bind “interact with mouseover” to scroll wheel for this to loot faster and use addons like Leatrix Plus to loot faster. We use rocket boots & lots of block rating gear, force reactive disk, etc. to make our pulls easier.

Is this not a legal way to play the game? To my understanding none of this breaks TOS. Because a LOT of innocent paladins are getting banned for “Exploitative Activity (Cheats/Hacks)” that do not use any 3rd party programs or software to do their farms. Some of them don’t even boost, only vendor.

You don’t even have to tell us WHAT IT IS specifically we are doing that is being flagged, since people who DO bot would love to have that information. None of it is against TOS to my knowledge.

I think whatever automated or manual system you have is broken. If any single human being looked into any of these bans they would likely see that they are banning long-time customers, hard-working paladins that choose to play the game rather than buy gold (WHICH ONLY GETS YOU BANNED FOR THREE DAYS BTW), and are not cheating in any way shape or form. If these are manual bans, them something is going seriously wrong.

This actually happened two months ago as well, and some of those people are STILL banned, but most were overturned for “Wrongful Bans”. There was also a forum & reddit post on the topic when it occured, but it seems to have occured again, only bigger this time.

This is so frustrating, many people have their appeals denied and have to appeal anywhere from once to SEVEN times, just to have their tickets “escalated to talk to a supervisor” (their words not mine), and if they make it this far, it seems it is more likely that they have their bans overturned… But some will never make it this far. Blizzard is losing customers by the minute with this enforcement strategy banning so many innocent players.

None of the banned players can post here, without using a separate account, because you aren’t allowed to post on the forums while you are banned, unfortunately. So I am just desperately trying to raise some awareness on the issue, as this is our daily gold farm for most of us, for months now, and we are afraid to go back inside the old city.

Here is an example video of what we are doing in Stratholme: 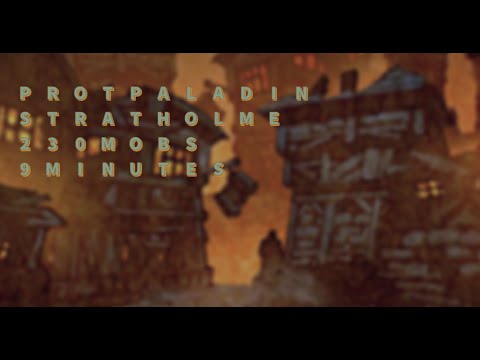 Curse you playing the game the way we didn’t intend you to. Shun!

Is this not a legal way to play the game?

Incoming nerf to Figurine of the Colossus

Problem: I’ve been farming Strat literally since I got Figurine of the Colossus to drop (got Dabs on my way to 70).

Not only am I not banned, I just got done boosting a handful of people for 3 hours straight about an hour ago.

They weren’t banned for farming strat or boosting. Something else was being done.

I wasn’t banned personally, I just moderate the Paladin discord and we keep getting constant reports of players being banned for farming Stratholme. I can assure you that nothing we do is exploitative in our farm, as can be seen in the video, and while I can’t speak for everyone, the sheer number of bans leads me to believe that many of them are wrongful, as well as the fact that this has happened before and many of the bans were overturned eventually (only after weeks). This ban wave seems to be much larger, though.

I’m sure some non-zero number of people who were banned are cheating or selling gold or some other illegal activity. However, I’m also sure that a large number are most likely innocent, based on the number of reports alone - including longtime members of the discord.

It’s easy to hand-wave this and say that everybody is lying, and actually cheating, but this has happened before, and the bans were overturned.

I was caught up in a ban wave(and unbanned promptly after, because I really was innocent) earlier in tbcc because an addon was giving false flags. Being accusatory doesnt help anyone.

I wasn’t banned either, but many were, including many that I know personally.
I too, was farming Stratholme earlier today.
But your anecdotal experience is not evidence of anything.

Which tells me it’s what they were doing IN strat, not strat itself.

My pulls are just trash between dead & live. Nothing special. No tricks. Just grab, tank, aoe them down.

Since i didn’t get banned for that, my first instinct is that the people who were banned weren’t just doing that.

And before you bawwww about it, finding out what’s different between what you and I do vs what they were doing may be key to finding out why they were banned and maybe to overturning it.

ConsolePort. I doubt many people banned here were using it. its super niche, adds a controller UI to the game, and nobody else in the consoleport discord are noticing any bans,

Like I already said, your anecdotal experience is not evidence of anything. Not every single person who stepped foot into Stratholme was banned. That’s never how these things happen.

This happened two months ago and many of the bans were overturned. So there IS a history of Blizzard wrongfully banning players for this specific scenario in the past.

Like I said, it is easy to hand-wave this and say that everyone was cheating, but I highly doubt that, and truly believe that many of these bans have gone out to innocent players based on the sheer number of the bans.

It’s difficult to find sympathy for wrongful bans in this way, as everyone assumes that you were cheating or selling gold or some other illegal activity. I totally understand that, and I would be skeptical too of posts like these. However, I’m begging Blizzard to look into this, as it seems almost absurd to think that every single one of these bans is RMTers or botters being removed from the game. Especially when many of the players who were banned raid weekly, have full sets of epic gear, have played for years, and have way too much to lose to bot. And if they did, I don’t think they would come into the Paladin discord to ask why they were banned, and if anyone else was also banned for just farming, That doesn’t really ever happen.

“Hmm I have zero evidence but if blizzard banned you, you HAVE to been cheating!” Clearly blizzard is always right.

This big long mouth flap arouses a lot of suspicion.

I literally just said the difference between what you and I were doing and what the banned were doinf might point to what was flagged for banning and thus might be key to overturning said bans.

That you responded with this and not “hmm maybe let’s find out what might be different here” is sketchy as hell man.

“Well I farm strat and haven’t been personally banned, so it must be them breaking ToS”

Which as I said before (twice) if we figure out what is different between the unbanned runs and the banned runs, we can maybe pinpoint where the issue arises and maybe get them overturned m8.

I’ve spent quite a lot of time in Strat since TBC release on my pala and 2 days ago was banned for no reason. I wasn’t boosting or using anything that could categorize as “Exploitative Activity (Cheats/Hacks)” that’s they sent on my email. Tried to contact support as soon my account was banned and so far Blizzard havent said a single word about it. I know 2 other pala friends who got ban aswell for again, they were just killings mobs in strath for gold!?! Whats wrong with that???
For me, it’s just sad seen all those years that I spent on this game, to see everythign thrown in the trash for something that I didnt even do, its so frustrating

Whatever system they’re using for this is broken.

Edit: I just got unban after almost 4 days waiting.

I’ve tried to isolate the variables across all the bans, truly I have, just to narrow it down.

I’m glad to help you try to narrow down the cause, but I think we will never find the specific variable that caused this, as we’ve already exhausted basically everything.

I apologize but the way you worded your post, it seemed like you were accusing the banned players of cheating inside of Strat. My apologies, if that was not your intention. It can be hard to read intentions like that across text, so sorry.

No need to edit your posts after the fact.

Alright so since you’re on board for data comparison:

My rums start UD side. I pull the entire area by chapel, the room to the west (where skul and hearthsinger can spawn) down to Unforgiven, the entire area near Fras (but not Fras), the plague rat area then the entire street leading to Live side.

My pull spots are the chapel, Unforgiven’s spawn area and the gates leading to Live side entrance.

I don’t dip into Live or UD side, just that section of trash.