so that any strats we used in Legion are not invalidated

Strategies used years ago on characters that were very different are not going to work.

However I did say would it be reasonable if they adjusted the classes to be more balanced AND made it available more often. I believe it should still be difficult, just not incredibly so due to certain specs not having the proper tools available for the boss abilities.

I mean to be fair, you hardly play the game anyways so I’m not sure you’ll be missed

only a few millions left…

An estimated 2 million, compared to WoW’s peak of roughly 12 million.

“Only” a few million indeed, now that so many have been driven away by elitist jerk game design.

they were weak. they are not worthy of sharing the same world as us.

I mean to be fair, you hardly play the game anyways so I’m not sure you’ll be missed

Can’t emphasize this enough, but who cares about me, a single player deciding to quit? This is about the Mage Tower not being properly tuned and tested.

This Mage Tower development failure is demonstrating the decline of WoW, and will further contribute to it. I am fed up finally, and there are surely many more who feel the same but wouldn’t bother to post here.

The last three raid bosses in 9.2 will also go live with no prior testing on PTR. Do we trust the devs to balance it properly? The difference is, as soon as the high-profile raiders start calling out bugs and overtuning in the raid, the devs will rush to hotfix it like they’ve heard some dog whistle.

PS: did you see this blue response by the way:

I defeated the mage tower tonight. My thoughts General Discussion

Hello everyone! Thank you so much for your ongoing feedback about the Mage Tower. We are currently evaluating the data regarding Mage Tower success rates, and we have identified that some of the challenges for certain specializations are more difficult than intended. We will return once we have more information to provide on what changes we have planned to bring those specializations more in line with the rest.

It’s been 24 hours, why don’t you put in the type and try it then complain later when you’ve put in at least some work? You’re mad because you can’t kill it in one night? Problem with the game is there is nothing to do, and there’s nothing to do because players like you want instant satisfaction instead of working towards something. So blizzard is going to nerf it and we all going to finish in one night and next time Mage Tower comes around nobody going to really give a damn because we all did it on our first night of attempts…where’s the sense of PROGRESSION. The problem isn’t all on blizzard, it’s on the community and awful threads like this one

This so perfectly summarizes the forums.

Bliz should award these people the title “of Karen”.

I knew this would happen, this game isn’t a charity for you to get free rewards if you cry on the forums. There are plenty of guides - I know I made one myself for the disc priest challenge.

They are meant to be hard and the rewards are meant to mean you are a good player so instead of nerfing them as long as they are completable then they should be left in the game as is IMO.

I’ve tried other challenges and failed because I’ve never even played the class B4 that’s how it should be. Frankly if you aren’t wiping and struggling a bit you aren’t experiencing the content. Why do people want to wipe everything out on day 1 all ur doing is leaving urself with nothing to do after. Leave it hard let people struggle, keep content relevant for longer.

Just beat the DH tank one around an hour ago. Is fine mate.

Correction it’s been 33 hours. They should have responded on the same day if they actually properly cared.

Looking through your achievements, you don’t even have “Fighting with style: Challenging” which brings zero credibility to your argument since you never obtained the original Mage Tower transmog.

As someone who has 30/36 appearances from the Legion Mage Tower. This variant of the system with zero borrowed powers only goes to every flaw in the developers class design.

In Legion we had the artifact weapon tree, two legendaries and the Netherlight Crucible System, Sylvan Elixirs, Drums with 25% haste instead of the now 15% at all on which we relied on. And none work.

By design, all Timewalking gear that was relevant tied to that expansion has worked in throughout that expansions dungeons and raids (eg: Warglaives, Val’anyr, Shadowmourne, Dragonwrath, Tarecgosa’s Rest, WoD Rings, Azerite traits) and ZERO of that borrowed power system has been brought into Legion timewalking.

LOL, kind of an over used troll…but damn this made me laugh, you can almost hear the female voice in your head screeching this laughable statement.

PS: did you see this blue response by the way:

I saw now. Thanks for sharing!

This is sort of good news, but I am wary because it seems that they will only look at “some” of the specs, and as usual they defended themselves by saying some challenges were more difficult than “intended”.

When you increase the damage or health of enemies by multiple times that which was tested, how can you not be “intending” for the affected challenges to become nearly impossible for the typically geared/skilled player?

“intended” ehh i didnt knew mage tower guardian was for 10 secs beatable coz my guardian challange is ending in 10 secs coz velen is dying from 1 shot lul .
I love how some of the “pro” players defend these unique challenges as “git gud” because these MT challanges currently cannot be outgeared and most importantly if this supposed to be this hard then where the hell are the other skins that were obtainable when the MT first appeared ?

Wishing does solve 99.995% of all problems so you are on the right track.

Have you tried to wish harder? You may just not want it bad enough~

How about everyone read the blue post before they troll anymore? If not, flag them and move along.

I defeated the mage tower tonight. My thoughts

We are currently evaluating the data regarding Mage Tower success rates, and we have identified that some of the challenges for certain specializations are more difficult than intended

Here is the WoWhead article. Basically same thing as Arkane has posted above. 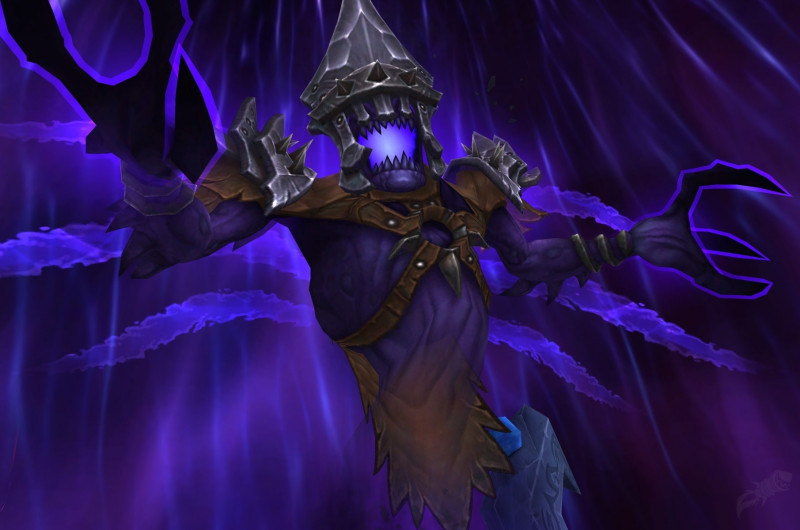 Blizzard has commented on the current difficulty of the Legion Timewalking Mage Tower, noting that some of the challenges for certain specs are more difficult than intended.

Velen is made of paper… If you don’t get aggro THE SECOND adds appear, === GG.
Though I managed to get past Phase 1, at Kruul, my best attempt was 16% and then just 1 shot thru survival instincts. So even if I lived, wouldn’t have mattered. Guy hits too hard.

The second you use ANY DR prior to 3rd stack, might as well restart it.
They need to nerf it by solid 50% at least.

. Velen shouldnt be dying at all if they are gonna do this stupid level of difficulty .

I’m consulting with my cat, I think she can do it.