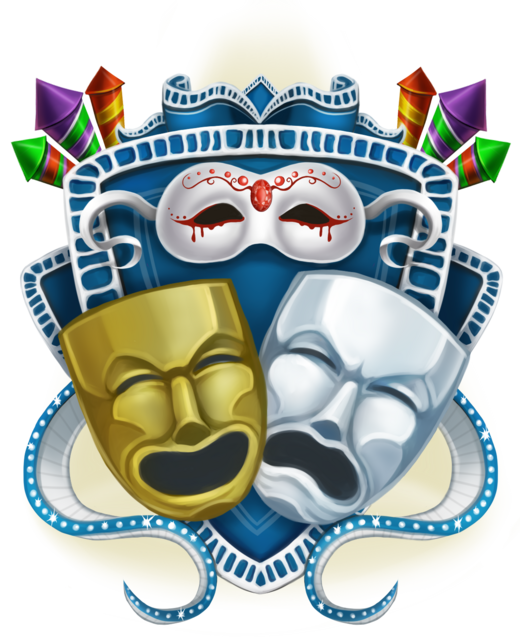 The Show Must Go On…

During the Siege of Orgrimmar, years ago, two visionaries saw a world beset by fear of tyranny and lacking in spirit and good humor. From the ashen cradle of the Tirisfal Glades, and the mind and pockets of a man from Silvermoon City, talent from far and wide was brought together to find a solution to the world’s woes, but through the art of performance rather than the art of war.

Thus began the Tirisfal Theatre, a group of performers who have long held the belief that service to one’s people is to leave them with hope and high spirits, with laughter and song, with spectacle and wonder.

Whether it be by the soul of a play, or the heart of a fireworks show, one thing is certain; when the Tirisfal Theatre is in town, you know fun is about to be had.

What Do We Do

Who Are We Recruiting?

(Please bear in mind all events are given their dates and times according to Wyrmrest Accord’s server time, which is Pacific Standard Time (PST), and almost no events we host will take place in war mode shards)

Greetings and salutations, Wyrmrest Accord! I hope I find you well, this day! This is our official announcement that the Tirisfal Theatre Troupe is returning to production as of today. It’s been a rough year for everyone, and those of you who knew our previous director, Fehl, may be confused as to why this ginger elf is suddenly taking her place.

Well, to put it short, she had to step down due to other obligations, and I volunteered to return to the director’s chair to oversee the troupe once more. For those of you who don’t know me, I am the original founder of the Tirisfal Theatre, Atos, and I am excited and with a renewed passion for this project!

Though it’s stated in the opening post, I’d like to let you all know that a few changes have become the new standard for the TTT. For one, we are now a neutral guild for the most part. We may still have an occasional Horde only event due to location and many of our limitations due to the faction split are still a mild hinderance, but with the advent of Potion of Tongues and addons such as CrossRP, we saw little reason to not get more interest and input from the blue side of the fence.

Many of our events for the remainder of the year are still being discussed and worked on internally, but you can expect the Upcoming Events tab to see changes in the coming days as we get details hammered out.

If you are interested in joining the troupe, you need only reach out via the contact information provided in the master post, and we’ll set something up. Our recruitment doors are always open, so long as we can find dedicated, creative visionaries who truly want to entertain the masses. Please check out the master post above for all the information we’ve provided about the guild, and post if you have any questions, comments, suggestions, etc.!

I look forward to our time together.

Small bump to re-emphasize that we are looking for more friendly, dedicated faces to hop aboard this wild ride. Experience great or small, we are happy to work with you. We strive to create something truly great and unique together, and we could never do that without the awesome, individual creativity of many minds. If you want to change the way people think about using the gamespace. If you like creating immersion- existing in a living, breathing World of Warcraft. If you’re just here for the lulz and jokes and joy of performance. This might be the Troupe for you.

Oh my gods! I was hoping you guys were still around! I tell everyone about the Halloween party I went to a few years ago that yall hosted. Loved it! I definitely hope you guys do more events like that.

I’m so happy you guys are back! It is always a blast watching you guys perform! Can’t wait to attend the events!

Oh my gods! I was hoping you guys were still around! I tell everyone about the Halloween party I went to a few years ago that yall hosted. Loved it! I definitely hope you guys do more events like that.

We’ve been around still, and never disbanded, but the last several months were very rough on our director and she had to step down. 2020 is not a great year for anyone. Couple that with a pretty lukewarm and lackluster expansion, and yeahhhhh it hasn’t been the best motivating time for any one of us. But Shadowlands looks very promising and provides some unique roleplaying opportunities!

While I touched up on this a bit in the FAQ section, I wouldn’t expect a Big Bash event this year just because of how soon it’s upcoming (and how the third Friday is going to be starting earlier on in the month than in previous years. Thanks, Roman calendar!) but we do want to throw more events like that more often than simply once every year. We will see what the future brings. B)

I’m so happy you guys are back! It is always a blast watching you guys perform! Can’t wait to attend the events!

We can’t wait to show you! We’re all pretty excited, we just need a bit of help from both factions to really bring the arts back! SO if you know anyone who loves the idea and is bursting with ideas of their own, and want to help make involved, free-flowing and easy to engage in events for the entire server and beyond to enjoy, please send them our way! I can be reached both via in-game mail or Discord, whichever is more convenient!

Giving this a slap on the knee to bump it!

Been working with the Troupe for a good few years now! And while I don’t carry the guild tag over my head, I’ve been glad to be a ‘member’ so to speak with them.

It’s an incredibly unique experience, and definitely something I encourage those to seek out to participate in. If you’re passionate about storytelling, improv and role play you’ll like the troupe. It’s Roleplay withen Roleplay! Re-enacting events, retelling stories with comedy
and bringing entertainment to everyone in engaging and dazzling ways

I do not regret the day I asked to help in performing, and even in my nervousness before performances the pay off is worth it and seeing everyone happy is worth it.

So please! Consider reaching out to Atos! Let your character climb the latter of performance and add aspiring actor to your TRP

, because it always feels good to receive a bouquet of roses .

See you all around and break a leg!

Had a small street performance today in Silvermoon. A few folks passed by, but as it was spontaneous I didn’t anticipate a huge crowd. Got some good practice in with an adaptation of an Abbot and Costello classic.

I agree about 2020. I was on hiatus for over a year and am just now getting back to the forums so it’s good to see yall never left. I think about that party all the time and I’m really glad I took screenshots while I was there. I will absolutely be keeping an eye on the forum here for any events you guys might be hosting.

Giving this another bump!

We’re actually looking pretty hard right now for new folks! A lot of activity has been killed by end-of-expansion blues, and with our shifts beginning to focus on middle of the week events over weekend events, we’re in need of a more versatile group.

And remember, we’re recruiting Alliance folks as well, and would love to see you all.

Recruitment efforts haven’t turned out fantastic, admittedly, but we’re determined! We still need more cast members to put on our shows, and we don’t need the best of the best! Just those who are friendly, driven, and have a creative streak! Which is most people I know, so odds are it’s you, too! What are you waiting for?

Apply today! You don’t even have to leave your guild or your faction!

Thespians? In THIS economy? It’s more likely than you might think.

Regardless, you absolutely ought to check the TTT out if you have even the slightest interest in roleplay. The feeling of seeing the server come together to witness a performance that you’re a part of is absolutely priceless and extremely rewarding.

I can also attest that Atos is a fantastic dude who is genuinely one of the nicest people I’ve ever met. He’s like a golden retriever on bloodthistle. His scripts are hilariously clever and laden with amazing references, but don’t let that stop you from coming up with your own ideas. Improv is improvement, after all!

Poke these people with the interest stick. Bet you won’t. Don’t be shy.

I’ll have you know I’ve been clean for approximately thirty.

Giving this a bump, but also letting people know that my in-game time the past several days has been rather limited. If you’ve been attempting to catch me online, I apologize for the absence. I can be reached much easier on discord at GLA#0318. I’ll try to be more attentive - it’s been a rough past few days.

I’m glad to see you guys are coming back. I always enjoyed your shows!

We’re certainly trying! It’s a little rough, shaking the cobwebs off, but we should have our first month of appearances fully listed by the 1st!

Bumping this! We’ll be updating our events for October on the 1s, so keep this thread bookmarked if you’re interested in making it to our shows!

Also, welcome to our newest members, Luna and Ji’sho!

Given the recent arrival of a thread made by a Walmart type guild, bump.

Well I’m certainly not one to turn down a free bump.