Or… they could have them have a bull form instead of a bear form and make a tuaren joke.

Unlock all race/class combos at this point

Lore is bad so let’s make it worse.

This logic needs to die smh.

Lore is bad so let’s make it worse.

You can’t make lore better… You’d have to remove the bad stuff. To me it’s weird we have a Race that can be:

The only classes this race can’t be is Druid and shaman. And people wonder why it’s the most played Race. The way to get more people to play other races would be to remove the restriction of other races to give them more access to classes.

Yes you can, but apart of that is not contradicting past lore, which is a rule of thumb on story telling.

The sylvannis book proves the story can be salvaged if the work is put into it.

Actually that would drive more ppl to play BE’s then not.

The celestial druid forms seem too sick to pass up.

They might even be able to use some lore justification to give them monk-themed druid forms. Instead of a bear, they get an ox. Instead of a moonkin, they get a red crane. Cat form would be the same, though. Maybe a dragon for flight form?

Meh on this, it waters down the discipline part of the class though.

We have orc, troll and undead monks. What is there to water down? These races have enrage, berserking, and canibalism for racials. But somehow are disciplined enough to be monks.

The only one that list that would quiestion that is orcs, but they where realeased of the Blood curse a long time ago. So meh on that.

Allot of undead charecters are disciplined.

Trolls was never seen as a rage race.

Void elves and Nightborne should be able to play as demon hunters.

As long as they stick with the “Start zone is in a different timeline” excuse. This wont happen. Demon Hunters were trained in BC era, and during that time Void Elves didnt exist and Nightborne were in their bubbles.

Maybe Draenei and Orcs could have been trained, but Illidan was pretty “elves only” in his choices.

The light literally tears these races apart and harms them. The only reason they can be Holy/Disc is because they arent going to restrict 2 specs because of your race. Its a gameplay thing. But the paladins just dont work.

Long overdue, kill the timeline excuse (yes this counters my Demon hunter argument, and Im ok with that.)

The only problem with this, and any race getting druids, is that there is a set precedent in unique animal forms. That would be a LOT of development time dedicated to getting new animal skins. Im not against it, but I dont think it will happen.

Outside of Nelf paladins and Zandalari Warlocks, and of course the 8 new ones coming with DF, I am pretty happy with race/class combos.

Id like to see more class skins/customizations. For example: Mages getting Blue and White fire, Druids getting Druid of the Flame aesthetic, warlocks getting necromancer skins and servants, etc…

This can help make you feel like more than “just a mage” like I am a fire mage with fire so hot it burns white. Or You were once a servant of ragnaros until his defeat and now seek to redeem yourself.

I want them all unlocked. You should be able to learn any class. If your race doesn’t normally like it (culturally speaking), then you are just the outcast.

This never used to be a problem to play the outcast. Orc society hates all things fel, demon, and warlock, but that doesn’t stop a secret coven from operating beneath Orgrimmar. That would be the case for all of them where there are conflicts over class choice in a culture.

Lightforged Draenei warlocks? Their culture hates warlocks, but that wouldn’t stop someone who really wanted to learn from doing so in secret, hidden away from society. Just like Orcs.

we have TWO in the order hall

You have to be recruited to be a lfd and pass a ritual that overcomes your negative personality traits.

This would never make sense due to that.

I feel ya. Would be awesome.

In the player stats, for the first time I can remember, there are more player night elves than humans. Adding paladin would make them even more popular.

please blizzard I will pay you my salary

This is why they will eventually do a lot of it. It is free money. I am stingy as hell and my sham is going worgen the MOMENT that opens up.

Man, you sure do miss a lot of potential nuance in stories, don’t you? Let’s put forth a few hypotheticals:

“My faith in the light is so strong, I can use this force without it corrupting me.”

“I believe we should fight fire with fire and use our enemy’s weapons against them. Because I’m lightforged, the fel will have no sway over me.”

“My allies’ hearts are in the right place, but they are naive. Because of our faith in the light, we can harness this chaotic force and use it for good.”

“I used to be a very devout member of the lightforged, but I am getting old and my faith is not as strong as it used to be. I worry my death is near, and I hear the fel can extend life.”

“Those cowards expelled me for THIS? All I am trying to do is understand our enemy. How can we know how to beat them if we don’t study them and experiment?”

“Ha, these idiots actually think the light has sway over me. I will play along for now, but when the time is right I will turn the tables and seize control.”

Needs to be Draenei Druids they could turn into a talbuk for their bear form it would be cool.

That does sound cool! 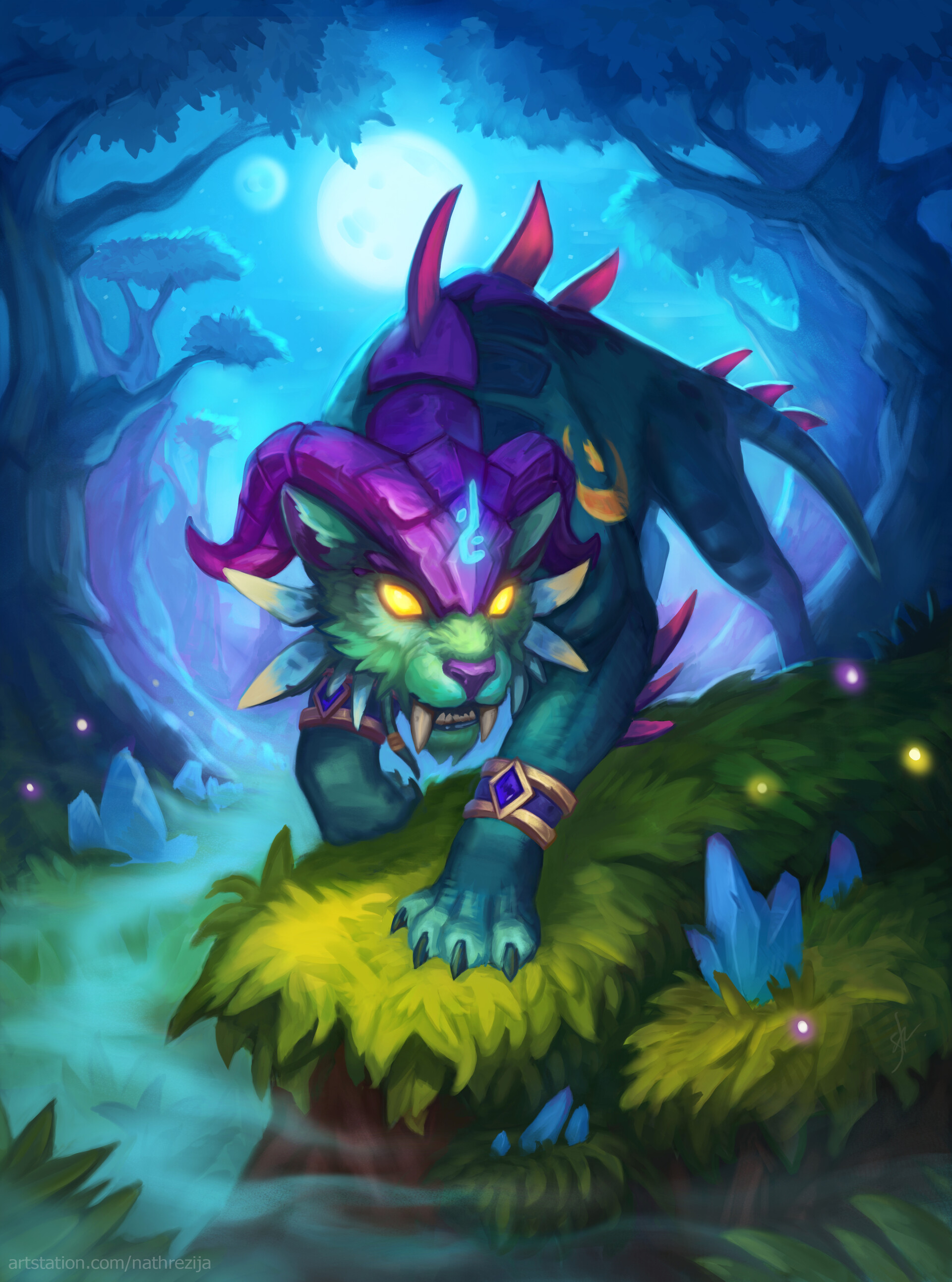 100% agreed. I understand the delay with Paladins and Druids for the race-specific forms, but why not just release them with existing forms for now and update them later? Use the Night Elf Druid models for Alliance, and Tauren models for Horde. For Paladin, could use Human and Blood Elf charger mounts.

P.S. I love your idea of a Dark Templar Void Elf! Would be cool to see it cast void-based spells instead if light, even if it’s just through a glyph.

Void elves and Nightborne should be able to play as demon hunters.

There’s no reason for void elves to be dh.

No. There is already an anti paladin. It’s called a Death Knight.