Is the vendor lag intentional?

I like this coping mechanism the playerbase created to deal with batching.

Every single issue people have with batching is present in Vanilla video from 2004-2006.

And when you look at it it’s pretty obvious why. Batching was added very late in beta, which worked quite well before that, and was not part of the base game engine.

So this is a massive conspiracy and not a erronous memory from 15 years ago, further skewed by false pserver mechanics? Gotcha.

So this is a massive conspiracy and not a erronous memory from 15 years ago, further skewed b y false pserver mechanics? Gotcha.

It’s more that batching sucks, always did suck, and should have been left by blizzard as one of the benefits of using modern infrastructure is that awful mechanic is gone.

The conspiracy theory is that batching in any way involves skill.

I’ve asked you to provide examples before. You’ve provided nothing as you know batching is working correctly.

I’ve asked you to provide examples before. You’ve provided nothing as you know batching is wor king correctly.

Except it’s not, and should have never been added in the first place.

Beta was much better before batching was cludged in.

People begged for batching, we got batching. End of story, unfortunately.

Actually batching can be done differently without having the feel of the delay classic currently has. Every decent Pserver managed to have batching in place while also adjusting to 2020 connections.

No, the batching here is artificially created and not like the original one. Also the timer in vanilla was “about” 200 MS according to Wowhead

There are a few abilities that used to seem like they went off immediately client side rather than go through batching. Like feign death, for one specific example.

Overall, batching works largely like it should. There are just a few hiccups here and there from using Legion client to simulate classic rather than using classic client.

Overall, batching works largely like it should. There are just a few hiccups here and the re from using Legion client to simulate classic rather than using classic client.

LOL? Are you serious?

I don’t want to get too deep into the under-the-hood workings of WoW servers, but here’s a super short version. Any action that one unit takes on another different unit used to be processed in batches every 400ms. Some very attentive people may have noticed that healing yourself would give you the health instantly (minus client/server latency), whereas healing another unit would incur a delay of between 0ms and 400ms (again, on top of client/server latency). Same with damaging, applying auras, interrupting, knocking back, etc.

The Nost core had melee leeway and 400ms spell batching.

People begged for batching, we got batching. End of story, unfortunately.

In fact when they added it in beta, the vast majority of players in the beta immediately requested its removal, reported all its intended affects as bugs to the point that blizzard had to make posts explaining it wasn’t a bug, in addition to completely breaking the hunter class because the batching affected pet behavior due to lazy modification of the batch code.

They added it because BLIZZARD, not the players, found it neat and nostalgic.

This is a lie. As someone who was here the whole time, we asked for batching and we got it. And we celebrated it when it happened. Ill post videos and proof from YT and Reddit if I have too.

Not sure why you new comers lie like this. The post you quoted was right. We asked for it, and we got it.

Some complained, but overall, it was something the people asked for.

This is a lie.

Still does not change the fact that the current batching is an emulation of the original vanilla one, and still feels different than the game you see in PvP videos made in 2006.

The Nost core had melee leeway and 400ms spell batching.

Go and watch pvp movies from nost then (I do not wanna link em, since this might get me banned) but a quick yt. search will suffice. If you believe the responsiveness on Nost and classic are similar I can not help you.

Classic has a sluggishness to it that popular pservers never had and that is working more akin to the 2006 version than pservers version of vanilla. A quick search history in these forums or reddit will also tell you that I am not the only one pointing it out. That said, I merely wanted to counter your argument that batching is to blame. Pserver operated with batching and did it far smoother than classic does, albeit both apparently running a 400 MS window.

It just feels odd to go to buy something and have it take 2-5 seconds to process.

It never happens to me. I think It must be your IPC, and not the game.

Most of the posts in this thread are about combat batching (spells, pets. etc) and have nothing to do with the vendor delay OP is seeing.

It’s a valid conversation. It just doesn’t help OP much. I can’t remember the last time that I aggroed a vendor’s pet while he was casting…

If you believe the responsiveness on Nost and classic are similar I can not help you. 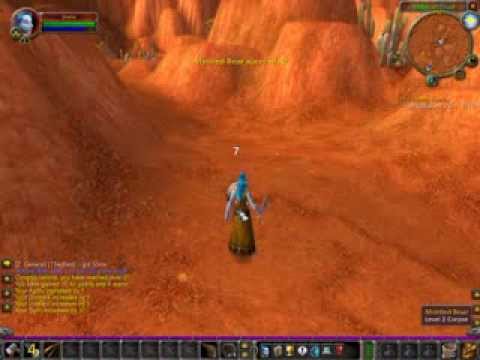 Batching is any action that one unit takes on another different unit. This includes vendor interactions.

This is a lie. As someone who was here the whole time…

Whatever. I’m using this character because it has post history going before you could make classic characters. I’ve been here the whole time too.

I could post YT videos and posts of people saying how horrible the batch system was. To what end would that be? What problem do you expect to solve? It does nothing but show it was controversial, not prove anyone is right.

Just because you have a differing opinion doesn’t make what others experience a lie. Get over yourself.

I am fully aware batching never went away. There was no reason to change it. Anyone vaguely familiar with computers knows what happens when you try to fix something that isn’t broken.

Well no, its not really as easy as that. The batching used in classic now, again is forced artificially. The game does not behave like it does in vanilla and pservers. Possibly due to the client each version uses.

As with many other areas of WoW Classic, authenticity is our primary concern. It used to be the norm that combat flow and PvP balance were defined and tuned in a game where spell messages were resolved less frequently. There was a single game loop that processed all messages sent and received every server tick. Nowadays, the game processes multiple loops for messages of differing priorities. Spell casts are high priority, and have been for a long time.

For WoW Classic, we’re moving spell casts to a low-priority loop that will cause them to be processed at the frequency that best fits how the game actually played in version 1.12. Two mages will be able to Polymorph each other somewhat reliably, resulting in two sheep nervously pacing around at range. Two warriors will be able to Charge one another, and the end result will be both warriors standing stunned in each other’s original location.

It just emulates batching, and operates differently than it did in vanilla and it is noticeable, albeit being a nice approach to the original game.

So its not just done with “well both work with 400ms”. The way it behaves is still different. Id advise you to watch older videos (either original vanilla or Pservers like Nost) and see how they dealt with batching. There is a tangible difference on how batches work.

This is a lie. As someone who was here the whole time, we asked for batching and we got it. And we celebrated it when it happened. Ill post videos and proof from YT and Reddit if I have too.

Some people asked for it.

Most people realized how stupid it was and didn’t ask for it. The people actually playing in beta immediately realized how awful it was.