I won't pay to carry my character on from classic

if I was gonna play tbc and had played classic I would copy my character.

But that doesn’t make it right. They are straight up robbing people

back in the olden days, we had to pay for both vanilla and tbc, and didn’t have the option to clone our characters and keep one capped at 60 in original content.

i guess the people who really got gouged, are the ones who played back then.

To transfer your character from Classic to TBC will be free.

This is basically like having a level boost to max, while also having gold and gear with it. If you believe that there will be meaningful content going on to justify staying and enough content in TBC to justify going, then you’re asking for a free character somewhere along the way.

PTR character copies have no progress that gets saved and are temporary experiences. A Classic character is not a temporary character and can continue to earn lifetime progress that you’ll be able to show off to other players just like any other version of the game. The same is true of TBC characters; they’re a permanent fixture that will have as much of an impact on the realm it’s on as it’s creator chooses.

What you’re asking for isn’t PTR copy because PTR copies are temporary and have no value. You’re asking for them to let you have two copies of a character for the price of one copy. We call that a level boost anywhere else, and it costs $60 in retail and it’s not max level with any meaningful loot. You’re only paying $35 for a feature akin to that, with far greater stuff at creation, and you have the gall to pretend like you’re not literally asking for free stuff that you have no reasonable argument for deserving it.

People will literally complain about anything. Personally, they should have just made you stay or go, with no extra choice. People would have complained less about that.

So what? Now you’re splitting hairs. The end result is still the same.

details are here if you’re unsure of how it’s being managed:

I am posting this for everyone to read the support article so you can see exactly how it works. What is a Character Clone A clone is a snapshot copy of your WoW Classic character taken right before the Burning Crusade Classic pre-patch. WoW Classic characters that existed before the Burning Crusade Classic pre-patch will each be automatically cloned onto their respective Classic Era realm. You don’t have to do anything. The Character Clone service gives you a choice: you can —for free— ac…

That is precisely what the $35 fee is. Anyone who tells you otherwise is either misinformed or lying. If you want to preserve your character in Classic and play in TBC with the same character.

From what I understood; the current vanilla servers upgrade to tbc. All characters become tbc characters.

If you don’t want to advance, you move to a new vanilla realm. If you want to play the same character in tbc and classic; you pay $35 to clone it onto both servers (your tbc clone will not gain anything your vanilla character earns post split. They are separate entities)

well… if you want to get super pedantic about it…
the character won’t be “created out of nowhere”, it will exist as a clone… you just need to pay to unlock it.

and it’s bedtime for me

I occasionally enjoy being pedantic, but I’d argue that the end result is so overwhelmingly the same that it’s not worth debating.

In this situation, you can not normally have one character split into two selves, so it’s as good as being created out of nowhere.

no thats not how it works. You go to BC free but u can carry on your classic character on a fresh vanilla server for a $35 dollar fee. Its probably that high because they want you to part with that stimulus money.

That isn’t how it works. Read the info on the launcher called Playing Ahead: Making Choices in WoW Classic. (The new Launcher doesn’t let you link to external sources anymore.) The copy is only if you want to have your toon on both TBC and Classic servers.

They don’t say what patch but I assume after the June 1st launch date if you want to make a classic character you need to bring up the classic client in the drop down on the battle.net tab. It says it will be a quick install.

You can find all this info on the launcher from the article I mentioned. 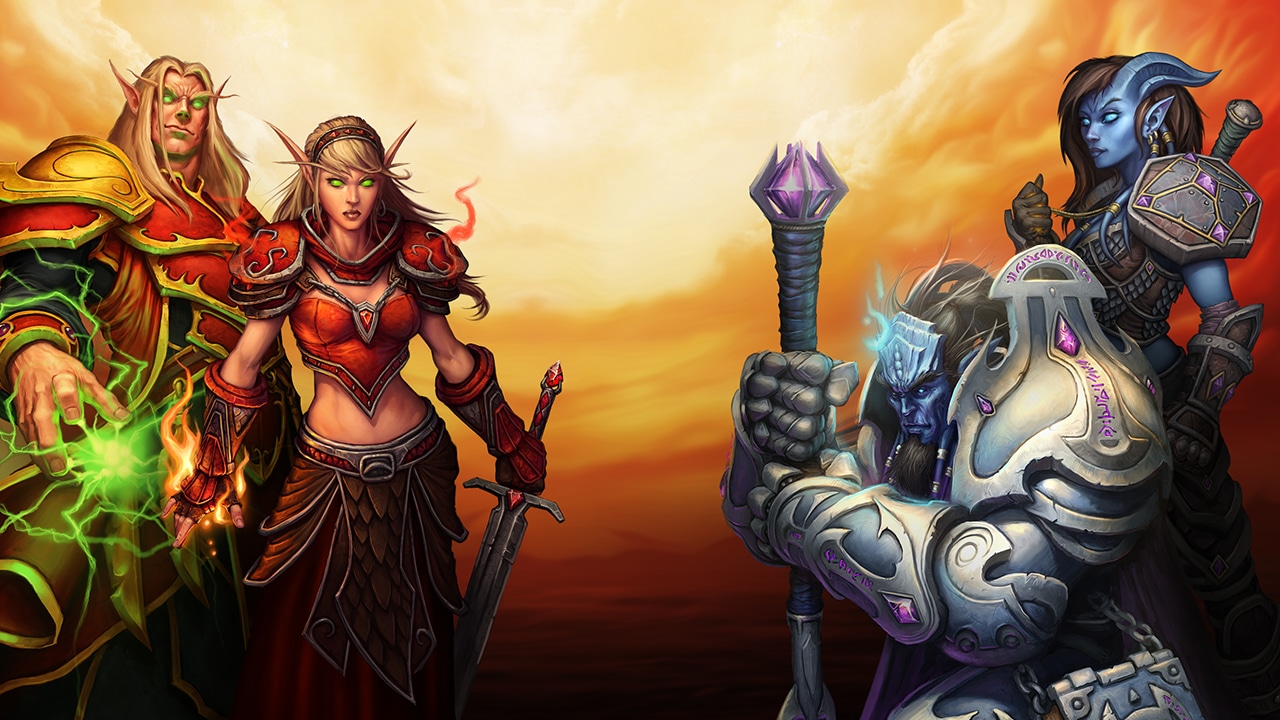 Learn more details on what you can expect when we release the pre-expansion patch for Burning Crusade Classic and launch our Era realms.

I had to go to the website but I found a linkable version of the article.

Thanks captain obvious. Im totally cool with him posting this here. We need all the “not giving another dollar” posts we can get. This game sucks.

We need all the “not giving another dollar” posts we can get. This game sucks.

You have 7 store bought mounts, not including the ones you may or may not have got with a sub.

“Rules for thee but not for me,” is what I’m hearing.

Personally, I would have thought the idea of not spending $35 and starting fresh on the new vanilla servers would be ideal for classic players.

They say the fun was in the journey re-experiencing the content together.

The only people wanting to pay $35 would be those who want to flex their rare items in both versions of classic.

If you keep your fully naxx geared character in classic, you can keep selling boosts or whatnot and use the level boost to make a tbc character.

If you move your geared character to tbc, it replaces all its gear by 65-70 and its almost no different. Then you’d have to level a new vanilla character.

The only upside I can think of to cloning is wearing your atiesh/corrupted ashbringer while riding your black qiraji in town on two separate games.

There’s no transmog, or achievements and you can’t copy anything to retail…

Yeah, that’s what it sounds like. The $35 fee to duplicate a character seems fair to me.

In the US on retail, a server transfer is $25, a boost is $60. So the fee seems pretty in-line with other services.

Now, if someone is complaining overall about the high fees, that’s different. But to say the $35 is somehow an outlier amongst all the other services is odd to me.

Yeah, that’s what it sounds like. The $35 fee to duplicate a character seems fair to me.

In the US on retail, a server transfer is $25, a boost is $60. So the fee seems pretty in-line with other services.

Now, if someone is complaining overall about the high fees, that’s different. But to say the $35 is somehow an outlier amongst all the other services is odd to me…

I think it would be fair even if they charged $100.

They are providing an exclusive service only to Classic players out of their own will and they have the right to charge anything they want.

They are putting in the effort to maintain separate classic servers instead of telling everyone “Just move to TBC lol”.

I’m not gonna argue with a statement I made. You don’t like it…fine. But my statement wasn’t a defense, it was how I felt which is why I said “I only THINK.” Not a fact…a thought.

people are acting like blizzard is hanging out somewhere after a hurricane came through, selling water for $20 a bottle.

it’s an optional service in a video game. if you think the price is too high, don’t pay it – if enough of you agree, they’ll notice and lower the price.

People are economic idiots, starting with the OP. They use terms they don’t understand, try to form some intellectual argument over theories they can’t grasp, and make themselves look like complete fools in the process.

“You should be happy it doesn’t cost more” is defending the price of something.