I was trying Wotlk classic for the new promotion mount

IMO the only thing Wrath Classic has over Retail is the ability to play Blood as a DPS spec, everything else Retail does better. I hope that one day Blizz adds new specs to each class, with DK getting Blood DPS back (but with some new tricks to help differentiate it from Blood Tank).

I agree I miss Blood DPS.

I don’t see how anyone actually likes this boring, slow and clunky mess though. I installed Wrath Classic got the mount and couldn’t uninstall fast enough.

Gameplay felt really boring. The rotations felt too simple and easy to master.

Lol I would love to play with you and see how you do on threat and meters.

Starting in 2005 when Molten Core was the top raid in the game I began raiding progression raids in WoW. I only stopped in the last couple years as I found I couldn’t perform well enough for Mythic raiding in Shadowlands.

I did fine on every raid up until BFA, often topping the meter.

Today, I kinda suck. Rotations and raid mechanics in Retail are much more complex than anything in WOTLK. My eyesight is not as good as it was. I’m not doing well compared to other raiders in my guild.

Why do you want to rush it? Retails got you into that idea that you need things NOW, and drain your wallet with all kinds of boosts, mounts and wow token

I don’t care about rushing leveling, but it can’t be so slow that it fails to hold my attention. Classic’s leveling is just too slow for my standards today. When I tried Classic I was bored stiff.

WoW is a game. It’s entertainment. If I’m bored stiff, I’m not being entertained. Hence why I stopped playing Classic and went back to retail.

But by today’s standards, it is extremely dated and dull.

Tell that to the people who triple the population of retail wow. Literally you can fill two retail servers with the queue in Benediction alone.

Most of them probably didn’t actually play through early Vanilla content back when it was the top retail content in the game. They’re seeing the Classic content for the first time and are having fun.

I’ve played WoW non-stop since 2 months after Vanilla WoW went live in 2004. I’ve already played through Vanilla and all the expansions. I have memories of those experiences that sadly Classic doesn’t measure up to.

Thats because you are bad and thats probably why you think everything is simple. I got to 66 in a week, and I had to sit in Grobbulus queues and work in the mornings

I don’t like how wrath is being called classic. Vanilla is classic. The expansions are all retail.

Nobody really cares that you want to call BCC/WOTLKC something other than what they are.

Are all the servers in long queues or are there any low-pop servers left?

There’s plenty of options, and honestly the very idea of “Low” population on many of the Classic servers is actually laughable. Back in 2008, a WoW server was considered “Full” if there were 10K characters logged in at once. With the tech that they have now, servers can support many more players now than they did 14-18 years ago. If these servers existed in Classic, they’d have been classified as being High/Full, but with the current server tech they are listed as being “Low.”

Hi All, First off, thank you for the comments. I understand this is an incredibly frustrating time if you happen to be playing on one of these heavily impacted realms. I sincerely and personally apologize for the situation on these mega-realms. Please do know that this is the top issue on our minds right now and we are actively working on solutions for the specific realms that are full right now. Reading forums, reddit threads, Twitter comments, etc., one thing that struck me is the sheer amou… 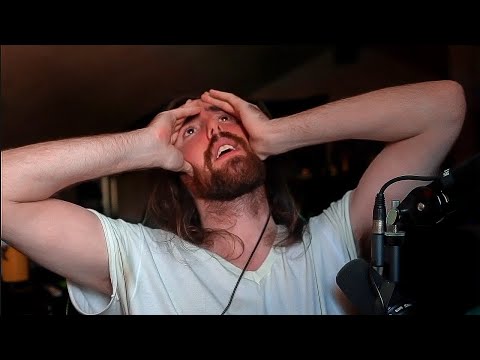 There’s the topic itself on the matter, as well as Asmon looking it over and breaking it down. I’ve linked it to the relevant portion, but in the event it starts at the beginning, just go to about 9:30 in the video.

With all that said, if your only concern is the mount and you have no intention to continue in Classic Wrath after hitting the mount requirements, then just pick ANY low pop server. While there is normally a requirement of having a level 55 character in order to create a DK, the first one has no such restriction as Blizzard knows some folks were specifically waiting for Wrath. Only the two fresh start servers have a restriction in play.

I’m close to finished with the DK campaign and I have to say that I completely forgot what it was like. I spent way too long trying to find my mount, for example. I’m actually having a lot of fun, though. Also forgot about the glyph tab, and how I’m just winging it as far as talent points go.

That mount flumoxed me for quite some time until I found the pet tab.

I was definitely getting frustrated. I just had to thank whatever WoW dev or God allowed me to finish the interrogation quest

It is frustrating, especially when you forget to equip the weapons that are in the bag that you are supposed to use to interrogate the scarlet crusade trash mobs within the area lol.

How long does it take to get the Mount?

How long from making a DK toon, do its story quests up to the Mount Reward?

It’s been YEARS since I’ve done that starting area. I want to say last time I did it (on Retail mind you) it was about an hour? I haven’t had a chance to do the area yet in Classic as I’m on one of the fresh start servers, but due to the slower pace of Classic I want to say about two hours on average (faster if you know what you’re doing), three tops.

How long does it take to get the Mount?

It took me 3.5 hours. I probably took two 15-min breaks to attend stuff around the house and I never played original WOTLK (started in Cata), so I spent a little time off in the wrong place trying to get to a quest objective (another 5-10 min lost). People that know this cold could probably finish the DK Intro quest in < 2 hours easily.

As others responding to my concern have said there was no queue time at all on Ashkandi, which is where I was put by default (I didn’t have to pick a server… it went straight to a character creation screen).

Well you are comparing a MMO RPG to a now just Multiplayer Game with Mobile Game design implemented.

How is SL any less of an RPG than Wrath? Both have stories, quests and dungeons.

Not gonna lie, i actually miss DKs having more spells and things and different runes.

How is SL any less of an RPG than Wrath? Both have stories, quests and dungeons.

One does it better then the other in terms of RPG elements.

One does it better then the other in terms of RPG elements.

Do you want to elaborate?

I 100% personally prefer the talents/play style and abilities of classic. I hate melee survival hunter and playing survival in classic with explosive shot and lock n load is too satisfying. Also Wrath added in tons of quality of life, it’s not that bad. I did realize how much retail spoiled me though.

For me, the dialogue boxes CONSTANTLY POPPING UP is one of the biggest killers. I’m old school and I preferred my npc’s silent. I want to just read the quest log and not have your flapping mouth on my screen. The grind element feels less rewarding too, now I’m FORCED to fork out gold or grind my brain out for a legendary and reputation is now mandatory to get stuff you need to even start gear up. At least that’s the case in Shadowlands. When I grinded my brains out in the old days it was usually for something entertaining.

Do you want to elaborate?

Well that depends on which on you think is the better RPG here.

Me personally, Wrath is the better RPG here, considering it has way more stats to work with, the difficulty isn’t scaled (meaning you start off weak and can become more powerful then your enemies, and be weaker then some of the enemies higher then you, so gear has it’s actual place), the story does help motivate the player to continue playing until the end as well incentivize exploration, as well in 1 special case, give an identity to one of the hero classes that it has, that being the death knights.

RPG also applies to the world, it felt more captivating and engaging. I remember the outhouse quest in the Grizzly hills had me rolling. Music + environment was a major plus.

Calling WoW an RPG was a laughable statement when Wrath was current. It’s so weird now that people call it the standard when it was the third choice back in the day (being generous) for that sort of game.

It did have more open ended quest routes back when, though.

Nobody really cares that you want to call BCC/WOTLKC something other than what they are.

Well technically, it’s WoW Classic, then it’s WotLK Classic. So WoW Classic is in fact the vanilla version. It’s in the dropdown in the launcher if you’d like to verify.

So WoW Classic is in fact the vanilla version

To people who don’t live on any iteration of “Classic” servers, this is a rather stupid point to make.

Who cares? It’s all Classic either way.

It’s all Classic either way.

I mean, you could take that logic to mean Battle for Azeroth would be Classic if it was available. Doesn’t cut it. Classic is vanilla. Everything else is “classic” with an asterisks.