You know the Blizz mantra.

MM feels less clunky now with improvements to trueshot, so that’s good. However the disparity between it and the other 2 specs is very bad. The other specs need to be helped OR mm needs to be nerfed,

Which means they would rather Blizz buff BM and Surv then nerf MM .

So for those that think I prefer the former means they think MM should be nerfed here is a little education for you . 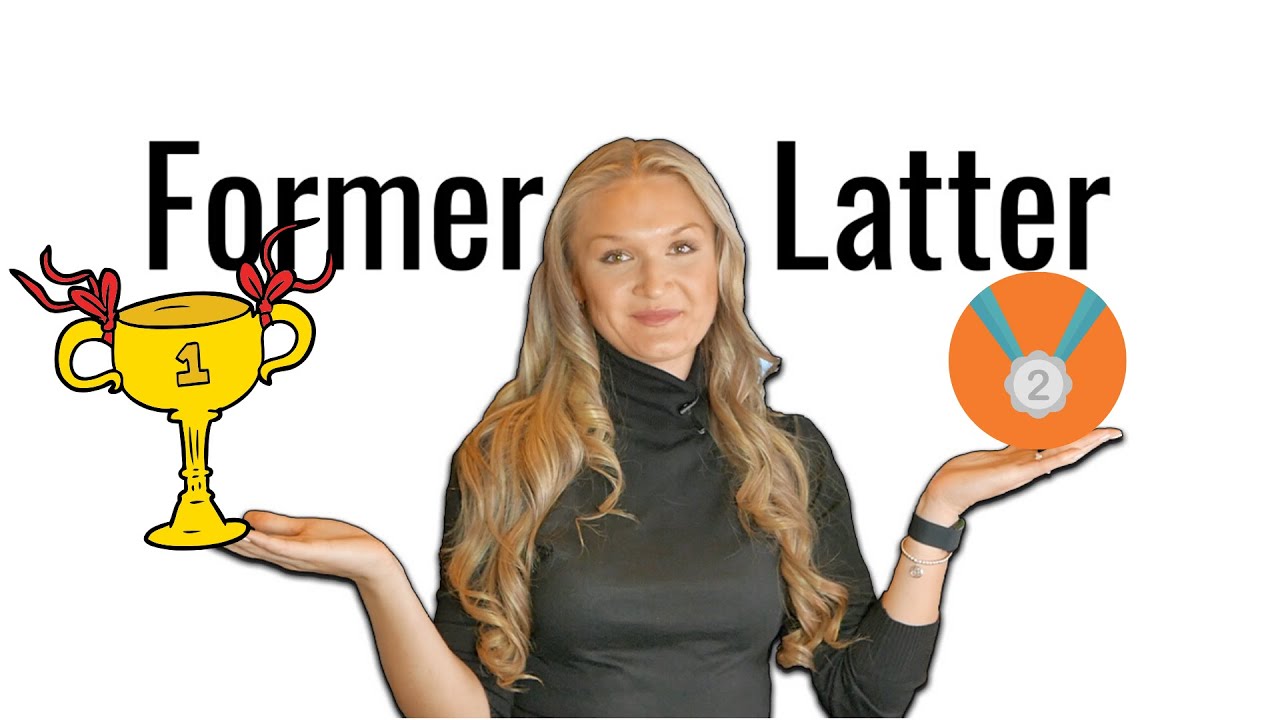 Former = First. So in the persons response buff BM and Surv is the former

Thank you for explaining something I already know. You’re coming off as incredibly condescending right now. Also you are either missing or ignoring some key points here.

The other specs need to be helped OR mm needs to be nerfed,

Again, I’ll reiterate I want Blizzard to help the other two specs, I just don’t see them doing it.

If you don’t believe that blizzard will buff the other two specs, then you clearly think MM either will or should be nerfed. What other conclusion should be drawn from this?

Also, the only way to justify even considering another nerf to MM would be to pretend that classes exist in a bubble when it comes to balancing.

No need to be mad, notice I said I’d prefer the other two specs get help to bring them closer to MM.
Historically though, devs tend to nerf one outlier rather than buff everyone else.

Which would be a problem in this case as MM is not an outlier. It’s firmly in the middle of the pack atm. The outliers are BM and survival being at the bottom.

I’m talking about the hunter class, not every single spec in the game.

MM already got nerfs, and it’s still the most played spec by a longshot.

This is using misdirection to try to suggest that MM be nerfed, by saying you’d rather BM and survival be buffed, but it’s unlikely to happen. AKA lowkey advocating for MM nerfs.

This is using misdirection to try to suggest that MM be nerfed, by saying you’d rather BM and survival be buffed, but it’s unlikely to happen. AKA lowkey advocating for MM nerfs.

No they are not they are just commenting on what Blizz is more likely to do .

Because they are right Blizz is more likely to nerf mm then buff BM or Surv.

Commenting on what Blizz will most likely do is not supporting nerfs to mm.

I think they will do the same . That doesn’t mean I support nerfs to mm in fact all of my 4 hunters (1 for each covenant) are all mm and I have been playing mm since they broke rsurv in patch 6.2.

Because they are right Blizz is more likely to nerf mm then buff BM or Surv.

I disagree. The only way to get to the conclusion they are more likely to nerf MM than buff BM/survival is to ignore where MM is in relation to the other dps specs. MM is in the middle of the pack. The upper middle, but the middle.

If MM was the top spec, the outlier like Balance druids are right now, you’d have point. MM is not the outlier. Balance and BM are the outliers. It is far more likely at this point in time that they buff BM than they do anything further with MM. Unless something drastically changes, I would be willing to bet that MM goes mostly untouched for the rest of SL.

If MM was the top spec, the outlier like Balance druids are right now, you’d have point. MM is not the outlier.

And you are right compared to Balance druids mm is not an outlier but again compared to the other 2 specs it is.

But for hunters mm is the outlier.

Class balance does not exist in a bouble. Yes MM is out performing BM, but MM is not out performing. MM is right were it should be, competitive but not over powered.

I agree but once again if it comes down to buffing BM and Surv or nerfing MM , Blizz will nerf mm .

Not saying it is a good thing or something they should do but it is the most likely thing they will do .

That’s just the reality of the situation .

I agree but once again if it comes down to buffing BM and Surv or nerfing MM , Blizz will nerf mm .

They won’t because it literally does not make sense to nerf MM right now. Nerfing MM doesn’t help BM or survival and will actually hurt BM and survival. How you may ask? An excellent question.

In short, a nerf to MM at this point in time kills the entire class not just MM. It would be stupid to nerf MM when it’s in the middle of the pack balance wise, regardless of it’s performance in comparison to BM and survival. Blizzard has issues, but even they aren’t that stupid. You look at the data and there is 0 reason to touch MM and every reason to buff BM and survival.

They won’t because it literally does not make sense to nerf MM right now.

You do realize that half of the stuff Blizz does, does not make sense.

You say balance is an outlier and I would agree but if it is nerfed it’s not going to be so that BM or Surv become more viable . It will be done so people playing feral will think or become more viable . Same true for the top warrior spec or dk spec or rogue or made and warlock.

The nerfs are going to come to help the other dps in their class not help the specs of another class.

Once again they should buff both BM and Surv but with their track record a nerf to mm is most likely . I’m just glad mm has had this moment to shine in the sun especially after 2 expansions of Blizz leaving us pretty much in the gutter.

If MM is nerfed it’s not going to be so BM and Survival become more viable, so what’s your point?

It will be done so people playing feral will think or become more viable . Same true for the top warrior spec or dk spec or rogue or made and warlock.

Oh that’s why they literally buffed frost by 9%.

So what was your argument again?

Not going to say any more you are just doing this to argue .

I would say that too if my entire argument just fell apart in light of the evidence.

All I have been saying as well Woopee is that Blizz is more likely to nerf mm then buff bm and surv but in your daftness you have taken that to mean we think mm should be nerfed. What they do with other classes have nothing to do with the topic at hand. I would actually chalk that up to an apples and oranges comparison . But then again you will probably go with something like apples and pears and say they are the same.

And the evidence shows otherwise. So when the evidence says you’re wrong, and that there is no reason why they should or would nerf MM over buffing BM and survival, what other conclusion is there? You can try to argue this all day, but the fact remains, that blizzard can, will, and does buff the bottom performing specs over nerfing the other specs in their class, if they are not performing where they should be.

And again, the only way to even justify the thought that they might or should nerf MM is to look at class balance in a bubble. When you look at BM, MM, and survival on their own, sure you could say MM needs a nerf because it’s the outlier, but that lacks all the context of the rest of the classes. When you put all the specs into context with their piers, where class balance belongs you see MM is not the outlier, BM and survival are.

And since MM is clearly not the outlier, it makes less than 0 sense to even consider nerfing it. As such the only logical conclusion a reasonable person can come to, given the evidence that blizz has spent time buffing the weaker specs over nerfing the stronger specs, is that people are still trying to unjustifiably get MM nerfed.

Stop it. There is no reason to even consider a nerf for MM, for any reason currently given all the data we have. BM and survival need buffs to get the caught up to everyone else.

Stop it. There is no reason to even consider a nerf for MM, for any reason currently given all the data we have. BM and survival need buffs to get the caught up to everyone else.

And once again we agree with the buffs but we are saying we think they will nerf not think they should nerf mm .

I don’t want mm nerfs I’ve played it for the last 2.5 xpacs going on 3.5 with this one . I don’t play the other specs (well at least not surv since they broke range surv in 6.2) and I have been a part of voicing my concerns about mm since Legions vulnerability . This toon may be a mag’har but that was just a race change . So I do have some understanding of what is going on for a class that I have played since Cata and on the same toon since then.

It’s stupid that the Serpent Sting one is the best for single target AND aoe.

Why though? This is true for almost every spec in the game. And moreover it’s actually better for your class if it is true. Since you don’t want to have to switch legendaries for every boss and you can’t switch in M+.

Surging Shots is way more interesting, and that should be the standard for Legendary design.

I’m not sure at this point if Hunter’s got less design-attention going into SL or if the devs who specifically work on Hunters just aren’t that creative. You have to keep in mind, these are real people, doing their job. They just might not be all that into it.

There is a total of 4 devs working on all the class and spec and then some. Is lucky at least they have time to make changes to MM. Spec like SV they just don’t have time so they don’t even bother and slap in their face with the legos I think 4 lego effiect is the same effect SV hunter have from last 2 expansion as their legion and BfA counterpart.

I have been saying this for months. Specifically for bm. They should bring back DoD or primal Instincts or even rapid reload. JUST come up with something specific to each spec for a legendary I.e. a leggo that depending on the type of pet you are using gets a specific buff idk something creative to keep the specs competitive. No matter what theory-crafting I do I just can not keep up the “meta” dps and it’s infuriating. Oh yea and our pets are lovable idiots. Thanks blizz
Make kill shot ignore armor, do something to give unplaced non-meta specs like survival and bm a chance to compete.

Soulforge embers is somewhat interesting, but it feels terrible to use having to spend 2 global cooldowns on it + sacrificing 2 utility spells for it.

…and hope the tank doesn’t pull the boss/mobs out of the trap before it goes off.
Whoopsie, did I do that?