Not sure if this is the correct thread for this information, but it seems to get the most visibility. Wildfire Bomb and Kill Command do not proc the “Bells of the Endless Feast” trinket from Skolex, despite being damaging abilities. 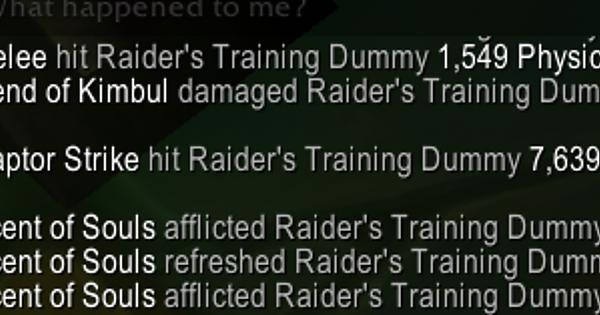 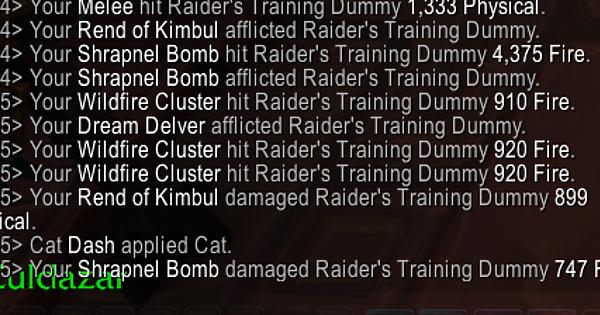 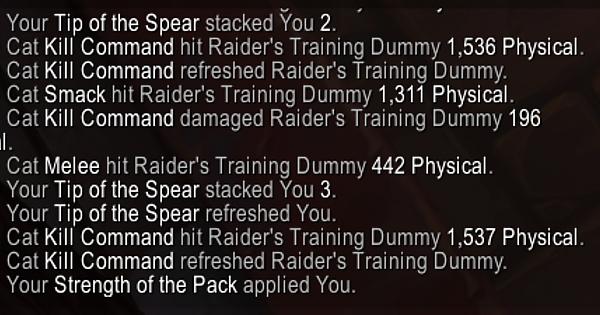 any news yet on bm? or have to wait for Tuesday?

any news yet on bm? or have to wait for Tuesday?

Based on the comment from the blue, I think they believe they have until 4pcs become available to us to deliver the “new” 4pc set bonus and any related issues. But, that’s a false economy for a few reasons:

Wrong thread, this is for tier set fixes, not trinkets. You may need to create one for your purpose.

It also didnt help that bm was basically ignored up until like a few days ago or so, when there were months where there was tons of people inputting into it. And all that was said was theyre thinking about the aoe. Time is quickly counting down for them to do something and with there being 0 testing for the new set bonus it is likely going to be. This doesnt even take into effect what the majority of the covenants will feel about this

It also didnt help that bm was basically ignored up until like a few days ago or so, when there were months where there was tons of people inputting into it. And all that was said was theyre thinking about the aoe. Time is quickly counting down for them to do something

I think that’s a valid statement. It doesn’t help to have a feedback thread and then to basically ignore the feedback. It makes the situation worse when the fix proposed is not related to the problems reported.

The way I see it, they’re going to have to fix the aoe abilities in one or more of the following ways:

But, the biggest issue I see is the set bonus itself. The fact that it is a proc is what is causing a mechanical block for Venthyr. The fact it is a crit buff is not good for Kyrian which will hit crit caps due to Resonating Arrow.

To the feedback earlier in this thread that Nadjia (Venthyr) provides crit and could be crit capped is of less concern, we can always switch to Draven or Theotar to avoid that issue.

So, I’m less concerned about issues we as players can work around without switching to another covenant. I’m more worried about being mechanically unfeasible. That, to me, smacks of a much bigger design flaw in set bonuses and someone else said it better than me earlier in the thread: It’s like the person designing the set bonuses had only read about hunters and never actually played them. It has the ring of truth to it and it doesn’t require modification to fit the facts.

There is a decent chance that at least some Hunters will see 2 pc sets this week. Either by getting lucky in a run or doing both Normal and Heroic raid. 4 pc sets come the following week, which seems to be the only bonus Blizzard plans to change - despite the problems with the 2 pc bonus.

While I hope we hear something tomorrow, I don’t expect to hear anything until the end of the week or later.

4 piece is impossible until mythic week so they have at best 1 more week to implement something for bm if theyre gonna change it right away, but theyre likely gonna keep the set bonus how it is for a few weeks then change it when they come up with whatever the new one is gonna be.

Pure and Simple the 2 Piece breaks Kyrian, I have to ask How do they NOT see this as a problem.
Answer Lower the crit by XX% and replace with Pet AP buff.

4 Piece breaks Venthyr. Hopefully the modifications to do AOE will alleviate this.

Answer Lower the crit by XX% and replace with Pet AP buff.

Lowering the crit affects the synergy of the two bonuses. The more you lower the crit, the more you reduce the bonus to Cobra Shot. It would need a substantial AP buff to make up the difference. Both set bonuses need to be redesigned, but it doesn’t sound like that is happening.

Sadly I agree I don’t think any change will be forthcoming for the 2 pce either.

The Dire Beast proc idea upon adding a stack of frenzy sounds fun.
But I remember Tanks voicing their hatred for being surrounded by pets with the much loved {By Me} beast cannon build.

However I am basically just advocating for Others as I will just continue playing NF myself. I am crossing my fingers for Kill Command cleave right now.

Both set bonuses need to be redesigned, but it doesn’t sound like that is happening

Most likely not, no. At least not to a point where it would provide a different mechanical focus in its entirety. And like you said, from what they said initially, it seems as if the Focus is mostly on adding some form of bonus to AoE, to the 4set.

Any shot at a hint to the tier set going into this week?

Regarding this, based on what was said in the OP, it’s unlikely.

but are currently planning on adjusting your 4-piece Set Bonus before it becomes available in the upcoming weeks.

While we might see something at the end of this week, more likely, it will be added either at the start of next week, or with the reset.

Either way, it won’t give us much time to test any changes made, if any time at all.

Either way, it won’t give us much time to test any changes made, if any time at all.

My guess is they only plan to add some token AoE component that does jack all for damage, so they can at least say our set bonus doesn’t ignore AoE damage. By doing so, testing won’t be necessary, because it’ll be a trivial boost.

My guess is they only plan to add some token AoE component that does jack all for damage, so they can at least say our set bonus doesn’t ignore AoE damage. By doing so, testing won’t be necessary, because it’ll be a trivial boost

I really hope this won’t be the case. For BM, the idea of Kill Command becoming a part of Beast Cleave for AoE, it makes a lot of sense thematically. I would want it to be baseline but, if we can do like a “dry run” before 10.0, to see how it works out, that’s fine as well.

Having multiple elements for AoE tied to Beast Cleave is okay, IMO. 1 part is purely passive, simply from keeping it active. Another part which relies on manual use/management to further increase throughput could certainly make it more fun. Neither of which allow for much burst ofc, which was why I chose to include A Murder of Crows in my previous feedback/topic. Again, based on the theme of the spec as a whole, and the usefulness in certain content, it makes sense as well.

And to that, for those that would want it, it would add some complexity.

Thanks for the adjustments and fix for SV! Looking forward to using this.

Contrary to what many here are noting I actually don’t mind if a single covenent is superior/best fit as long as we actually have an option to be competitive in mythic plus. Very excited for what Blizz is planning for BM hunters in AoE.

To be honest, I don’t really care for the most part. My issue is that our set bonuses are entirely single target (although they are likely adding a token AoE/Cleave mechanic soon), but the set pushes us into the AoE centric covenant of Night Fae. Venthyr is the single target focused covenant and the set bonus competes with Flayed Shot for GCDs, decreasing the viability of the covenant.

The set bonus also pushes us to choose inferior talents - like Killer Cobra. The problem there being that aside from the tier set, Aspect of the Beast is just better. So we would be giving up some damage to add some damage, making the net benefit low in comparison to other sets.

I’m not great at explaining these things, but on paper everything adds up to BM being bottom rung yet again.

Loosing AotB hurts survivability also. The boost to leach and other Pet class signature talents are significant.
Sure miss Blood link Our survivability thru long encounters like Haldorus is terrible

I know the raid is brand new and we are all undergeared, but man we are soooo squishy right now. Seems we need more raid healing attention during boss AoE phases than any other class at the moment.