There is no way this bug existed on OG.

Got any proof it didn’t? Or are you just assuming that because people knew about one thing they knew about all the things?

That’s not how this works and you know it.

No one has to prove “that a bug didn’t exist”.

We’re not doing that here. Not even as a joke would I do that here.

Well you’re the one making the claim it that it factually didn’t exist back in 2007. Don’t get me wrong, I’m not saying it for sure did, I’m just saying there is a possibility that it did and no one knew about it. Just because people knew about other ‘exploits’ like powershifting and sealtwisting doesn’t mean that anyone knew about … I’m just gonna call it Machine Gunning.

I don’t think you can stack enough haste to autoshot at a <0.2 sec interval. Some people on the hunter discord are even reporting close to 0.12 gap between autoshots. Not at all realistic or intentional.

Powershifting is literally an exploit. It involves no use of bugs, it is 100% a clever use of game mechanics.

I give you +1 for the name “Machine Gunning”.

I still very much do not believe that this could have existed during that time period. It is far and away incredibly unlikely that something that powerful would have gone untouched for that long.

Seal Twisting is really more of a bug than an exploit to be honest with you.

Blizzard fixed Reckoning and Cheat Death but ignored Seal Twisting as a bug because by the time it became known, they were already soon to release WotLK anyway, where that bug wouldn’t even exist.

Machine Gunning is so many leagues more powerful than Seal Twisting (though not as powerful as Infinite Reckoning), while simultaneously, there aren’t any mentions of this bug in all the years that have gone by.

My point is, this is not plausible to have existed back then. Possible? Maybe. Plausible? No.

That doesn’t explain anything. What’s wrong with you?

I still very much do not believe that this could have existed during that time period. It is far and away incredibly unlikely that something that powerful would have gone untouched for that long.

It’s entirely possible you’re right. The world may never know though, because it’s incredibly unlikely Blizz is going to come out and be like “no, this wasn’t a thing in original BC and just a bug with the new coding.”

From the EU agreement:

" 1. cheats; i.e. methods not expressly authorized by Blizzard (whether accomplished using hardware, software, a combination thereof, or otherwise), influencing and/or facilitating gameplay, including exploits of any in-game bugs, and thereby granting you and/or any other user an advantage over other players not using such methods;"

It’s bad wording either way, but using that as an argument here is meaningless.

That doesn’t define what an exploit is, that uses the word exploit in a generic sense. That’s no different than saying “using a glitch”.

This is why I responded…

It’s bad wording either way, but using that as an argument here is meaningless. 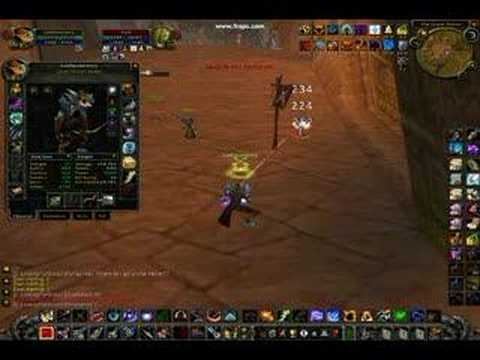 Private servers were incredibly buggy back then, and they still have noticeable bugs here and there today.

This is clearly a bug, not an exploit.

Basically long story short, if you manage to get your attack speed to 1.0 or faster you can spam a /cast !Auto Shot macro and you will turn yourself into a machine gun firing at extremely fast speeds.

Who would do that
/cast !Auto Shot

I mean the integrity of the game
drags to action bar 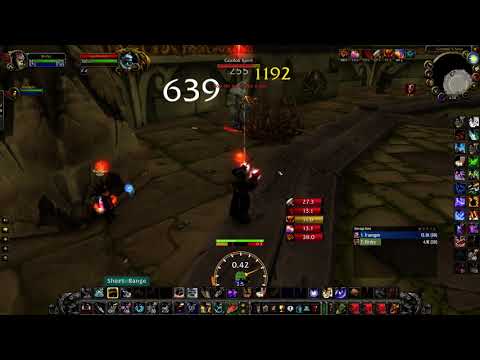