A lot of historical people seem to agree with you on a ceremonial, looking good basis. Not so much for actual combat but, hey, when you are looking that good, who wants to mess with you?

“I’d rather look like a drunkin’ idiot, and beat them up with my Beer Mugs.”
/giggle

Actually, I tried pvp that way - used the holiday tankards that are maces, and lots of kungaloosh - made a one sided Wintergrasp much more enjoyable 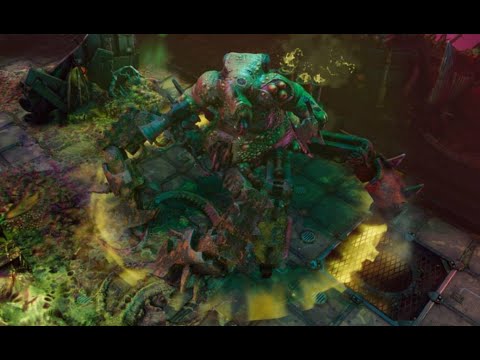 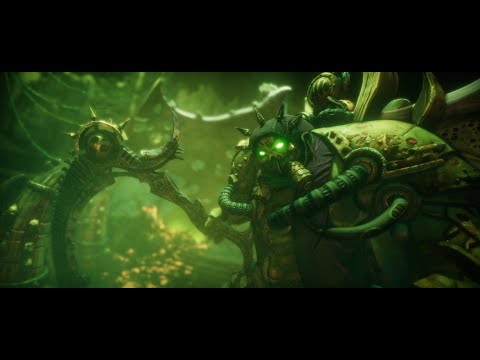 Thanks to an Inquisitor’s sacrifice the Garden of Nurgle’s exact location has finally been located by the Grey Knights(just past a Daemon World whose Daemon Prince has been slain) and is probably in their Databanks as well as the Inquisition’s.

I’m sure a couple of Inquisitors would like nothing more than to fire a few Cyclonic Torpedoes(capable of desolating entire Planets) at the Garden of Nurgle and the Daemon Worlds recalled to the Garden for backup(even though both would obviously reform since the Cyclonic Torpedoes aren’t the Emperor’s Sword) so this is celebratory news to them!

A thing to note: The Garden of Nurgle(I.E. the place around Nurgle’s Mansion not the Plague Lord’s Realm itself) looks roughly the same in 40K as it does in Fantasy: 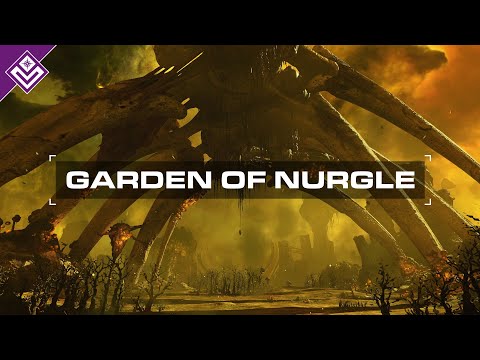 On a related note: Kadex is up to something(how Tzeentchi… Is he of Chaos Undivided?) and since Mortarion drained Vakir(there is no way he wouldn’t confirm that the Soul wasn’t hers once Kadex started complaining) that means the Neat Freak Official he once possessed wants Kaldor Draigo dead.

Mortarion(who fled like the coward he was) denied Kadex what he wanted from the Inquisitor yet he still has plans including his final agent who is still out there.

We are going to get Kadex, his Reaper ruling some Daemon World(without the Bloom backing his or her unique Plague) and some new Daemon Prince born from the Neat Freak Official(possibly taking the form of Vakir to mock the Grey Knights since Kadex loves to mock everyone) in the DLC I dare say.

The fact that Nurgle’s right hand was defeated means that someone else will have to face the Grey Knights as Final Boss for the DLC. Of course it would be irony if it turned out that Kadex(who acts more like a Tzeentchi Daemon than a Nurglite Daemon) was infact a Daemon Prince of Chaos Undivided as that would mean Bel’akor is the Final Boss.

Yeah, retirement really makes tracking days a challenge. What a wonderful problem to have.

We can try out the cross faction see if it works. I believe there are some dungeons and raids that won’t work.

Probably ones with faction specific RP cutscenes or outcomes will have problems with mixed faction groups. 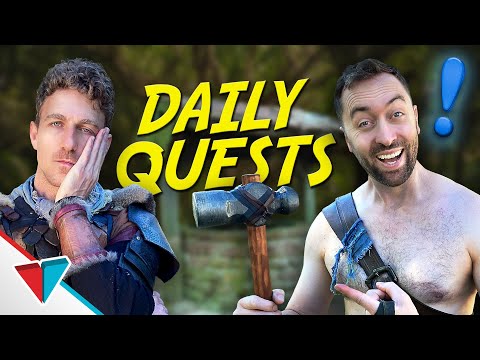 I’ve just noticed: Nurgle is behind all of Chaos’s most successful schemes!

Tzeentch doesn’t Scheme. He just has Plans that crash into each other backfiring. He has no end goal as his already plans fulfill his desire for constant change. Nurgle on the other hand…

It should be noted that Nurgle’s most powerful agent used to be good in combat before he got wings. After getting them he became a far weaker fighter since he is now fighting in a manner he wasn’t used to. He is used to fighting his enemies on foot so fighting from the air is his weakness.

He doesn’t use his wings to dive bomb his enemies to carve them up like one would expect but to slowly flap over to them so that he can whack them with his scythe.

Before he got the wings he was forced to fight on foot and probably ran at his enemies slicing through them with his scythe. With the ability to walk he was a monster but without it he is a slow moving target that only Guilliman(who barely ever fought in war directly until Dark Imperium) was weak to and only when not possessed by the Emperor.

His wings made him slow with the only benefit he got from Daemon Princedom being the ability to unconsciously infect 7 Imperial worlds with Plagues in a fit of rage which is useless against Grey Knights in the Garden of Nurgle which is already pure Plague! He commands Disease not Plants! He can’t easily AoE the Grey Knights to death.

Anyone else not really paying attention to all the Johnny Depp/Amber Heard stuff? Like, haven’t watched it at all?

), I just went along with it though basically just said something like “yeah, aint that somethin” to brush it off

I get that it’s “the popular thing” right now on the internet, but I just don’t care about it (like, at all). To be honest I don’t even know what the case is about, I assume it’s some gold-digger trying to get money (as is usually the case with these celebrity cases) but then again I haven’t watched any of the coverage, so who knows

The who what trial? Is that why I keep seeing him in some of my CNN feeds?

Because I’ve Googled some Asmongold stuff in the past, my Youtube page has like 1-2 Depp/Heard “reaction” videos per day popping up on the front-page with all the other “recommendations”

They’re basically “shoving it in our faces” at every website we go to, it is somewhat annoying

“Don’t worry. It will go away shortly after the Trial ends.”

I assume it’s some gold-digger trying to get money

“Wrong. It’s an Ex-Girlfriend, claiming Johnny did her wrong. She is not a Gold Digger. She is also a Movie Star. She was in the Aquaman, with Jason, she played Princess Mera. She also played Pipen, in Drive Angry.”

On to other matters the Great Wheel of D&D is flawed.

It clearly needs Spokes driving directly into the Outlands not just the Outward facing Spokes containing Layers to the Planes! 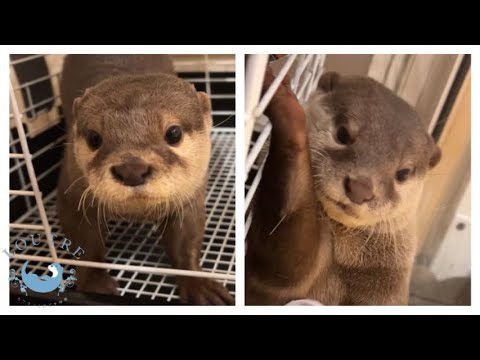 I just realized the possibility that the Rokkenjima Murders took place in the Higurashi When They Cry Epilogue’s Saikoroshi-hen Timeline.

The Rika that Rika/Bernkastel possesses is stated by Fans to be just like Erika.

What if Erika is indeed that Rika?

Rika states that Featherine taught her to eat meat but was it really Featherine who did that?

I suspect that Rika’s short time in the Sea of Fragments allowed Erika time to gain control and she heard everything that Hanyuu said to Rika making her realize just what she needs to do to get rid of Rika Furude: butcher her own mother.

Erika’s personality not only matches the Saikoroshi-hen Timeline’s Rika’s but she also is known to resort to murder to get what she wants.

What if Featherine is seeking to open the Schrodinger’s Cat Box that Erika, Beatrice and Battler created by causing the Logic Error that sent Erika to oblivion?

Erika’s fleeing the police naturally led to her wearing swimming clothes and a life jacket on the ship she was fleeing on because she was planning on jumping in order to escape the police.

She washed ashore and found herself murdered by Shannon who upon seeing her got the idea of killing off the Kanon identity and fully becoming Shannon. Then she reunited with Battler who forgot his promise to her and she went off the deep end.

The point remains: Erika Furude and Rika’s transferring to her thanks to Eua/Ikuko Hachijo(who is implied to be one of Sayo Yasuda’s Personas to the point where https://www.reddit.com/r/umineko/comments/7mq6rx/sayo_is_ikuko/ made a theory on it) is the cause of the Rokkenjima Murders!

Eua Beatrice the second of the Beatrices created by Sayo Yasuda assumed her Demons like Hanyuu and the Hinamazawa Syndrome were just figments of her imagination but when Erika one of the people created by Hanyuu’s influence showed up on Rokkenjima’s shore she realized they were all real and grabbed a gun to shoot her face off so that she could fake Kanon’s death while also killing off Eua Beatrice for causing the Hinamazawa Syndrome.

Since Eua Beatrice was now aware of what was really happening her first order of business was to get Hanyuu the first Beatrice Persona(Auau Beatrice whom was cast into the Past by Sayo when Maria dismissed her as Beatrice) into the Realm of the Dead by repairing her horn and taking over her so that she could reveal Erika’s fate that was kept secret to the world.

She entrusted Ange and Battler’s Stepmother with Witch Powers which she used to apparently find the loose thread that if removed would have prevented the Rokkenjima Murders yet clearly she did not know what Featherine was seeking.

Surely only someone who knows what is going on(through actual educated guesses) can serve as Featherine and Eua’s agent in opening the second Cat Box unveiling the truth about Erika, Auau Beatrice, Eua Beatrice and Rika.

The 9th Episode of Umineko was called The Last Note of the Golden Witch because Eua Beatrice thought it would be her final confession but Ange and Battler’s Stepmother botched her job which means that Eua Beatrice will only expose herself in the shared finale of Higurashi and Umineko.

Episode 10 of Umineko which is also the Finale of Higurashi will be The Final Truth of the Golden Witch and will feature Eua Beatrice’s confession, the release of Hanyuu from her control and her final demise at her own hands as she passes her final confession to Ange to publish in her stead. 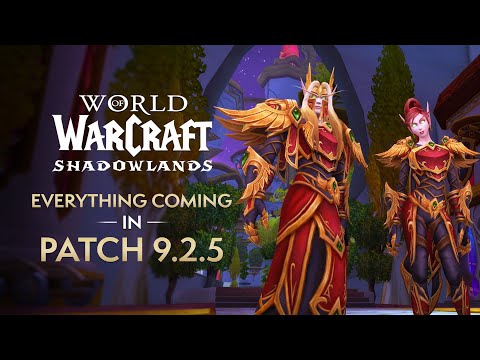