Wouldn’t casual gaming help your PTSD problems and get your mind off bad stuff.

We should just make a server where only multiboxers can play. They can have fun 8 manning one another all day and selling mats for 2g each.

Then they wont be sad anymore right?

No probably not because they do it to abuse it in the first place.

I’ve never heard a multiboxer say they do it because it’s fun. No they do it to abuse farming thing’s 10x faster. Or too 8v1 people in PvP because they are too trash to actually push rating.

I’ve been playing World of Warcraft since around 2006 and I never dabbled into multi-boxing until around the time the pandemic began in North America.

I tried it out on five accounts and I have to admit, I did become addicted to doing it. However, my multi-boxing sessions weren’t to PVP, camp mobs for hours on end, farm ores and herbs all day, but it was more about leveling myself through dungeons, doing old school raids, unlocking more transmogs more quickly, admittingly, the gold added up pretty quickly from doing raids like Black Rock Foundry so often for much of the transmogs on all the classes. It did help me to get the Brutosaur mount.

I defended the playstyle in threads probably for the last six or seven months. I didn’t get into debates, argue or troll people about it, I just gave my opinions as to why I enjoyed it, but I also saw it from their perspective on how it could be a detriment to their overall experience.

I was doing a quest in Nazmir at like 2 AM East coast time, the quest to unlock the ship to there. In any case, I have to kill 15 of the Blood Trolls and lo and behold, there were literally about four groups of six to seven Moonkins, spread out, doing nothing but wiping out the entire area… taking advantages of the hyperspawns that occurs.

Of course once too many tag the mob, it turns gray rather quickly. I mean, I’m pretty quick and crafty at snagging mobs before they can, but still… I could understand from their perspective how that may feel.

Yes, I realize the Moonkins in question were probably botters and not multi-boxers, but multi-boxers do set up shop, that’s a definite fact. I’ve talked to quite a few people that set up groups that look just like bots do.

I guess Blizzard got tired of trying to figure out who was multi-boxing, who was botting, bots using the same software that multi-boxers do… something had to give eventually.

When the Brutosaur mount was given a deadline date, that’s when it pumped me into second gear. I had always wanted to try out multi-boxing. I’m sure my story isn’t unique. So, yes I wanted to test it out, level myself through dungeons, farm mogs, toys and mounts more efficiently, but realistically? I wanted to make gold more quickly as well to get the Brutosaur mount.

I’ve always been semi-decent at playing the auction house over the years. However, I always tend to splurge and spend stupidly on a new battle pet or mount that tears a black hole into my virtual wallet.

I did eventually get the Brutosaur mount, I already had around three million gold before I ever tried multi-boxing, so I had most of it already.

I’m starting to ramble on, TLDR, I agree with what Blizzard did. They made the right call in eliminating the ability to use one keystroke to send it to multiple game clients at once… that should never have been allowed. I get it… I defended it when I multi-boxed, I know I’m a hypocrite… however, I did say time and time again that if Blizzard ever implemented a policy change that makes multi-boxing too difficult to do or is no longer allowed, then I’d willingly give up and not whine about it.

Now that I’ve had days and days without my multiple accounts, of not setting up my groups or boxing, I kind of missed playing one character at a time. It was a fun little adventure and romp for half a year, but I’m actually glad Blizzard made the change. It’s fun to multi-box, but it’s also a pain in the butt because of how much you have to keep up with… it’s almost like a job at that point.

I am sorry for all of the suffering you endured due to your service and what you have been living through. Thank you for your story and for your service.

Don’t take it to heart when people say crap like, TLDR, or don’t care or get riddance… that’s just reality, the harsh truth is most people don’t give two hoots what you are going through in your life and I can say I understand their point of view. This is a forum to discuss World of Warcraft, not to discuss your personal story of woe. However, I know from personal experience that life altering changes in 2019 gave me a lot more time to play, so I understand how you feel to a certain degree, but for different reasons.

I wish you the best. Don’t forget that multi-boxing hasn’t been banned, it’s very much allowed. If you really enjoy a playstyle, I’m sure you can find legitimate ways to multi-box, trust me, there’s always ways to do it… and not be against the terms of the EULA.

I still have three active accounts instead of seven, I got the money back for quite a few Shadowlands accounts, thankfully Blizzard was nice enough to do that for me. So, I’ll still dual or triple box here and there utilizing alt-tab, alt-ESC and what not. Not often though.

TLDR… that’s fine if no one read this, my feelings won’t get hurt if someone gives me snide remarks, I have thick skin, not much of anything bothers me, definitely not from this game or the people that play it, or that troll.

From one Veteran to another, /Salute 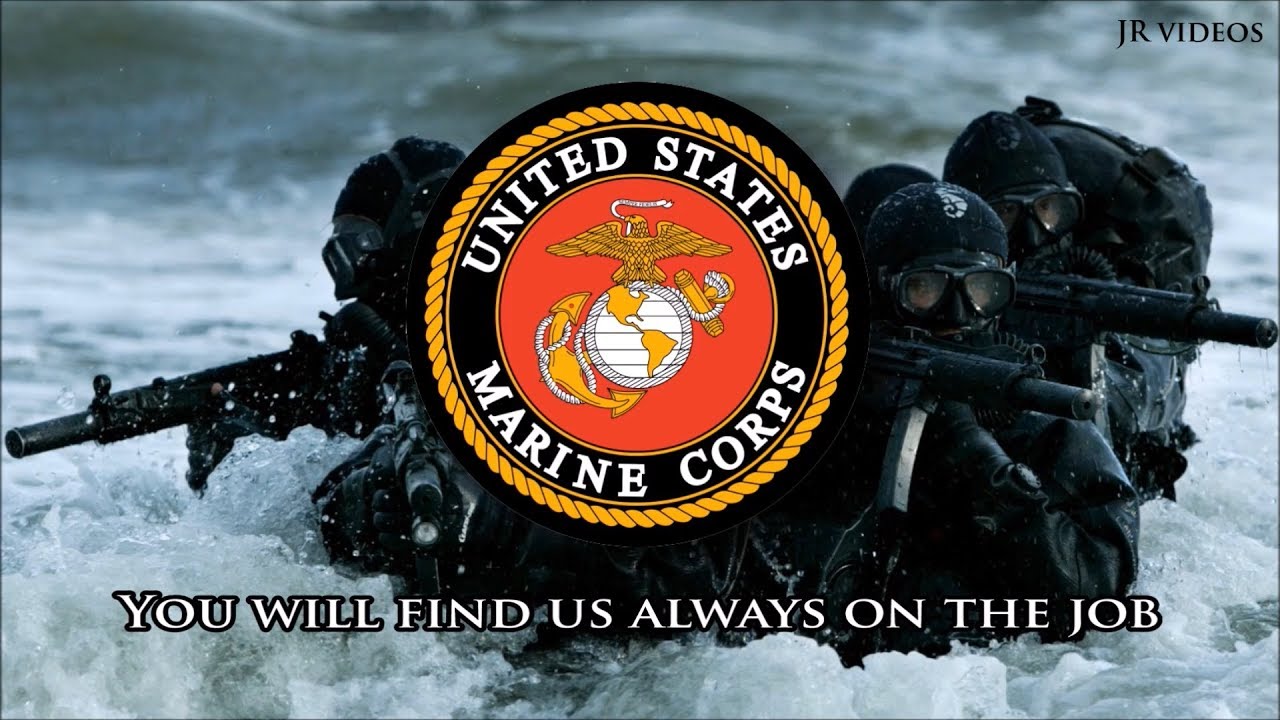 From Elmer to OP:

May the roads rise up to meet you,
May the winds be always at your back.
And if life ever finds you thirsty,
May you find a juicebox close to had.

It looks like you are the one that doesnt know what your talking about.

Why are refunds NOT being given after an abrupt change in policy? Customer Support

Perl is correct - nothing can be done through the forums, but it sounds like you already put in a ticket. Just to be clear we have never SUPPORTED multi-boxing, but it was allowed - still is matter of fact, just not in the way you may have been doing it. You can still have as many licenses as you like online at a time, you just need to control them individually now.

Is that clear enough for you. "YOU NEED TO PLAY THEM INDIVIDUALLY NOW!

I truly hope that you find help for whatever it is that led you to post this.

Hoorah! Appreciate your service as well. Was in Marines before Army, pretty wild when I found myself as a Soldier years later supporting III MEF.

Naw. This dude just came here to whine about not being able to easily multibox anymore, everything else is a pity party looking for sympathy.

Didn’t expect all the responses but deeply appreciative of the well wishes, recommendations, and offers of support. There will always be a dichotomy of thought on topics like multiboxing but the key take away is that the game and more importantly the community provided something I was missing when I really needed it and it was a blast playing.

Didn’t expect all the responses

Oh. I see you’re new. Here’s a Hearthstone. Speak to any Innkeeper to bind it and you can insta-travel back to that Inn when you’re out and about!

It does and I’ll still will play games. But the extraordinary time investment to play WoW as I did isn’t worth it to me anymore. Fingers crossed for Ancient Cities to come out soon (its been 4 years).

This isn’t your blog. No one cares especially for a douche multiboxer.

TLDR Basically you want people to feal sorry for you because you were in the military. And now blizzard made multiboxing programs bannable and you can’t cheat to make a bunch of gold anymore. Crying about it now and quitting.

Thank you for your service bro. 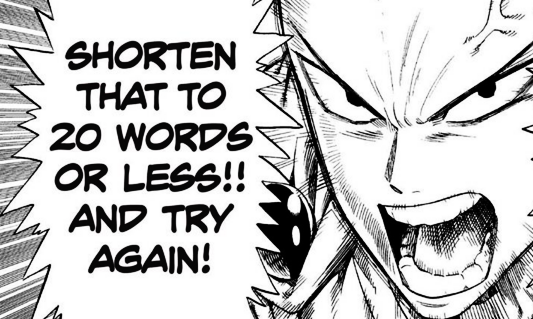 My apologies for any ambiguity in my OP and the misinterpretation both of you had. I’m not looking for pity, nor did I ever seek it before, during, or after I took off the uniform. In my farewell I wanted to highlight the immensely positive aspects of the game, the void it filled, while being deeply personal, humorous and thought provoking. As for my reasoning to move on, I alluded to in my OP there are additional reasons as well so I’ll leave it at that. I appreciate your candor, alternative perspective, and I thank you both for your service.

@Locur Thank you for your many years of military service. Honestly, this is the first post that was long that I actually read every word. Right from the heart. I wish you the very best in your future. I do hope you come back to WoW at some point. You apparently really do enjoy playing the game. /peace to you.

The best to you Pantao. May you find what you need to move forward. The choices we make are ours alone, however, Suffering is Real…Thankyou for your Service. My Son is a Marine who served in Desert Storm and went through some stuff as well, however, is now on the other side of it. You will be too!