Cross-faction, how's it going so far?

Now that we’ve had cross-faction for a bit, I would like to start a discussion about some of the barriers I’ve encountered after switching to alliance in EU, which is horde dominated. A bit of a back story as of my relation to the factions is in place as I feel like it explains why I want to move.

TL;DR: skip the “My Story” part if you’re not interested. I was longing to go back to the Alliance for a long time, but couldn’t leave my friends on the Horde side behind.

You can read the story if you’re interested in the details, because I feel like this is important to explain why I think more changes are required for cross-faction to really work

When I started playing, close to the release of 7.3.5, I started out on an EU realm that was recommended for new players. I was invited to a guild, and while I initially started out as horde, I had a longing to go back to the Alliance. Go back you might say? Yes, I have touched WoW before, and that was always as alliance. This was through several trial accounts when I was younger; once in wrath, and once in MoP where a coworker boosted me to 90 and I then quit because I had no idea what to do. I had a longing for Stormwind and it wouldn’t go away.

Back to 7.3.5; BfA was coming in close and there was talking the guild to move to the alliance in general. I did what I thought was the right choice and bought a faction transfer. My guild members did not transfer in the end and I was left alone. (no, this is not a drama time story where they ditched me

). BfA had a rocky release and as I was still fairly new to WoW, the punishing scaling of level+ilvl vs open world content, paired with incredibly annoying server issues (like world bosses have), I ended up quitting.

Forward to 8.1. My girlfriend started playing WoW on another EU realm with her partner and I decided to make a DK, rush to a level I could make a new DH, made a DH and started leveling to 120. Sadly they stopping playing WoW for various reasons, and started playing other games like HoTS and FF14. After that I found a guild that I started doing raiding and M+ with and I was pretty much hooked.

Time skip to 9.2.5, I had really grown tired of playing horde. I don’t like Blood Elf, and I was still longing for Stormwind. I had a few guildies who also been talking about playing Alliance for a long time and some of us transferred. Cross-faction gave me the opportunity to enjoy Stormwind again on my main character, and I’m very happy this is now a thing!

Our guild has been a cross-realm Mythic raiding channel since I guess about 8.2 (maybe earlier, they were relatively new when I joined them then), so we have a channel set up that we could “piggyback” into for our alliance guild. We were hoping that this would work well enough to have both the Alliance and Horde guilds communicate with each other and play together.

In practice this channel isn’t used at all so here’s what I see most of the time:

We can’t exactly force people to use channels instead of guild chat. 99% of my current guild interaction goes over Discord. Yes, I still play with the people who faction transferred, but these are pretty much the only ones, as all “hey do you want to do something?” goes in guild chat. Guilds are far superior in pretty much everything compared to a community. Communities do not feel like “first class citizens” compared to guilds in terms of feeling part of something, and it’s easy to miss out on things.

When I log into the original Horde guild, it’s not the most active guild, but usually there’s people to play with:

It was my decision to move, and I don’t regret it. However, I do feel like just being able to group up with the other faction isn’t enough. Not being able to be in the same guild is a limiting factor for a lot of people, and it’s currently also making it much harder for faction split guilds like this to properly play together. I’m aware that cross-faction guilds have been mentioned, but it has remained silent ever since. There’s no guarantee that it will ever come, and thus most likely not in 10.0 at all, which is quite a bummer because I suspect lots of people were hoping for this.

There are a few questions I’d personally like to see answers to, and a few problems I’d like to see addressed.

Is there a guarantee we will get cross-faction guilds, and if so, what is the timetable we should expect?

Honestly, I want to stay Alliance, but at this point I’m finding it difficult to do stuff with my guild. I don’t pug, I just can’t get myself to press the join button, so I heavily rely on the social interaction with my guild and friends to do stuff. If there’s no guarantee or reasonable timetable, I might be parking my main and continue on one of my horde chars. As the communication part is a recurring issue (see [Meta] Improving communication/feedback & the Community Council so far), I would like to specifically ask if we can get more information on what the actual roadmap for this is. I don’t want to be kept in limbo.

What are the results on balance so far?

Is the balance between Horde vs Alliance activity shifting? I get mixed messages from communities ranging from people moving to the opposite faction (mostly individual), to seeing a message where a bunch of Alliance guilds moved over to Horde. I’m assuming this is related to being able to find people on the Horde side for guild achievements/progress, while still being able to play with Alliance friends for M+ when they want to.

It’s a bumpy road, and still a lot of things to fix

Based on what’s already done to make it work, it couldn’t have been easy to get to this point. There are still a few issues besides of guilds that should probably be fixed rather sooner than later:

Mercenary is great, but we really need cross-faction here. You can join cross-faction communities, but if you then try to play together, you can’t queue up. There are some bugs where joining the opposite faction queue is possible, but also causes the battleground to bug out for your after you die (unless this is stealth fixed now).

Joining as mercenary there are some whisper issues, where you can whisper Alliance players as Horde mercenary, but they can’t whisper back unless it’s the 2 minutes staging time.

It’s really hard to properly form groups or raids, as cross faction requires you to be a friend or suggest invite. This makes it really annoying to invite someone purely by name.

When you have to summon group members outside, the opposite faction name color is making it really hard to see who you need to “click” to summon your party members.

As far as I know there’s still no possibility to do cross-faction grouping through the dungeon/raid finder in terms of random groups. This is a real shame and while I think it should be opt-in, is still something I’d really like to see added soon.

The group/raid instance “faction” is set to that of the group leader. Meaning that if the leader is Horde while I’m Alliance, my pennant becomes their faction flag rather than mine. I don’t see this as a big issue, but I would prefer it to stay my own faction.

Currently a faction change is €30 for me, while a token gives €13. Service prices should not require you to buy and have “unusable” left-overs, that’s predatory phone game behavior. In my opinion the service should either be €13 or €19.50 (1.5 token). Having half a token left over is not ideal, but at least makes sure you end up with €0 on your account if you happen to buy another.

One argument I can imagine being brought up as a restriction to not reduce the price, would be that you could bring a high amount of gold to another faction and make a lot of profit by playing the AH. First though, let me suggest to remove the arbitrary gold limit that prevents faction changes from happening in the first place.

The restriction can be found in the help article on Information on the restrictions and consequences of the Faction Change service in World of Warcraft.

The reason I think the AH argument doesn’t hold up, and that this limit should be removed, is because you can mail cross-faction now. My transfer was initially cancelled because I had 2.5m gold on my character, which I then had to send to an alt, just to have that alt mail it back from Horde to Alliance when the transfer was completed. This restriction is now pointless.

Edit: it seems like the restriction has now been lifted: https://www.wowhead.com/news/gold-restriction-seemingly-removed-from-character-transfers-transfer-faq-updated-328699

If you’ve made it this far you might have more things to add to the list that’s causing annoyances or issues with cross-faction, please add them!

I personally think that cross-faction is one of the best things that has happened to WoW, yet I also feel like there’s still work to be done for it to work properly. As this is not specifically lore or expansion related, I’d like to hear more on this as it progresses outside of the “we don’t want to spoil things” argument.

Personally I think the story has driven factions to no longer make any sense for their continuation as they are.
If they are to continue cross faction stuff then guilds and the social aspect of guilds needs to include cross faction functionality so people aren’t penalised for using a system in the game but not being on the faction the guild was created on.

This morning I woke up seeing that the gold transfer cap seems to be removed, great change! 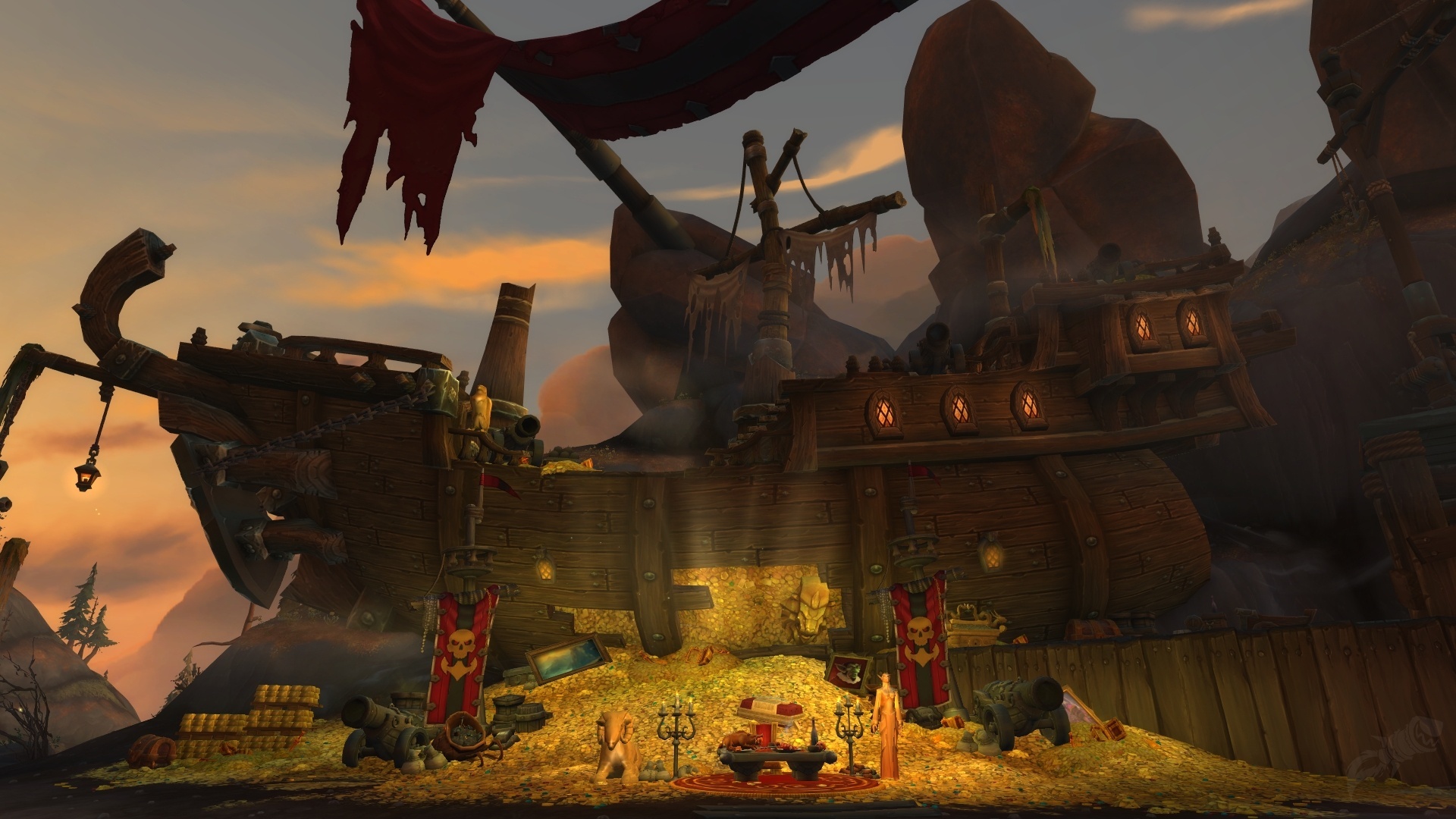 The 1 million gold restriction seems to have been removed from Retail WoW character transfers. Players are now be able to transfer characters with more than 1 million gold.