For engineers out there, discovered that you can’t apply a the Goblin Glider Engineering Enchant to the new Legendary Cloak. It gives the error message “That item is not a valid target”

Previous legendary, such as those from Mist of Pandaria and Legion legendaries allowed engineers to apply the engineering enchants to them. So not sure if this is intentional or an oversight/bug, hopefully the later, as it seems kinda odd for it not to work and to have to carry around stocks of consumed on use goblin gliders as an engineer.

The belt enchants (i.e. nitroboost) work fine with the new gear so not sure why the cloak enchant doesn’t.

Apparently can’t apply the engineering enchant to the new legendary cloak because later on it will have an “on-use” effect, so why not at least provide an alternative/compromise for engineers: Make the goblin glider an engineering-only toy for our toybox, so that way we can instead put that on our bars as a replacement for the enchant and not be forced to waste bagspace on consumable gliders.

The cloak already has an on use effect.

The cloak already has an on use effect.

Several threads about this already. The cloak eventually gets its own on-use effect, whereas the MoP cloaks never did.

I seem to remember there being a blue post on this a couple of weeks ago or so, but can’t find it at the moment.

EDIT: “There is a small downside though. You’re not able to enchant the Engineering Goblin Glider onto it.” 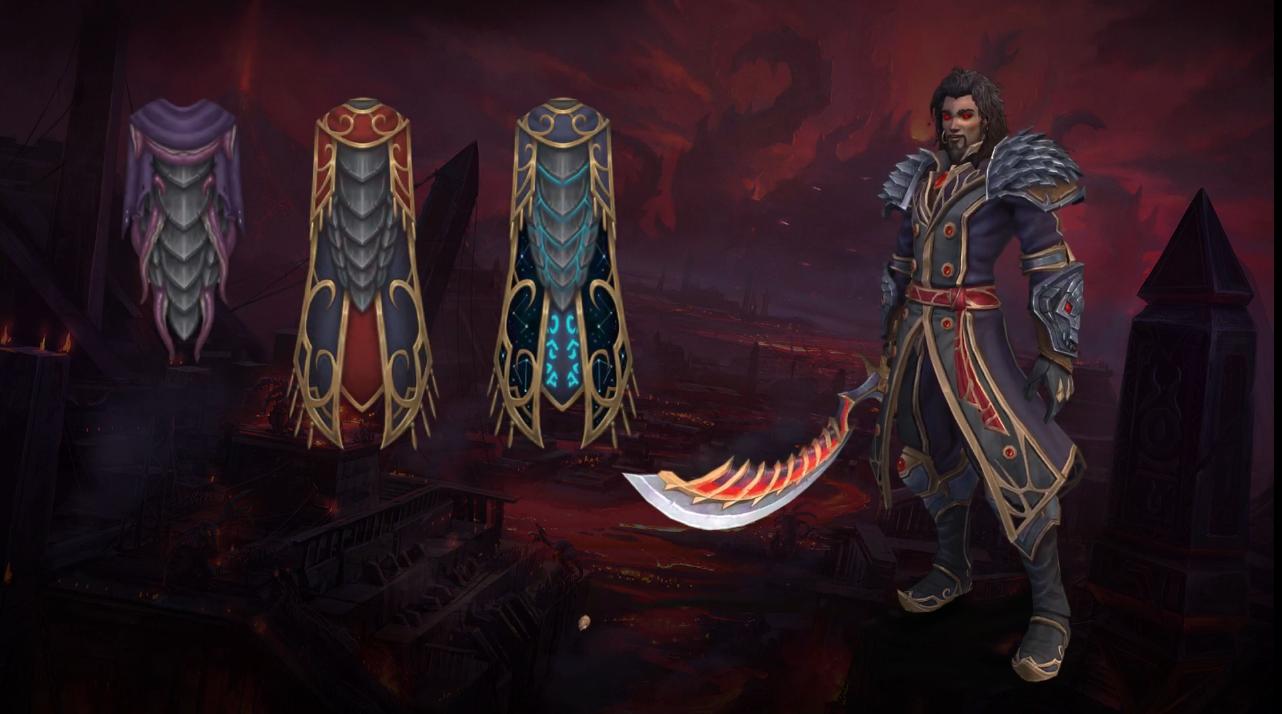 Everything about the Legendary Cloak obtained from Wrathion in Patch 8.3 Vision of N'zoth. This goes over how to make sure that you don't fall behind on your cloak upgrades and what you get for ranking up your Cloak!

One solution to this… Blizzard should just simply make an engineering-only glider for our toybox. That way we no longer need to enchant a cloak, rather can just put the toy on our bars in it’s place.

I think it is a good compromise if Blizzard wants to force a powerful or necessary legendary cloak on us that can’t be enchanted.

EDIT: “There is a small downside though. You’re not able to enchant the Engineering Goblin Glider onto it.”

You misspelled “HUGE” there.

The issue is this, the “on use” on the legendary cloak will probably be useful in raid or the visions where you can’t use the goblin glider. So having two on-use things on the cloak really isn’t two things that are useful at once. Goblin Glider is really only useful out in the open world where I am guessing the legendary cloak on use will not be very impactful out in the open world (please if someone has more information on this, please share). After having the glider for so many years, I’m very annoyed that I now have to carry a stacks of gliders in my bag.

This needs a valid solution. as suggested, the non consumable Glider needs to become a toy or at least have a non consumable version of it for Engineers.

it’s already been explained that an item can’t have more than one “on use” effect.

There are no “blue responses” in the Bug Report forum. You report a perceived bug, QA validates it and forwards it to the devs if they agree it’s a bug, devs fix it when it comes up in the queue.

I notice everyone is saying we can’t have more than one on use effect for our cloak like as if that’s supposed to be the end of the discussion when for one, all cloaks with on use effects get removed when we replace it with the goblin glider engineer enchant which is what we’re trying to do here. What is the big deal that we can’t have that?

All professions should just be removed. They continue to shrink and be made more worthless with each patch. Just get rid of them and stop disappointing us the “Paying” customer.

Returning player here who hasn’t played in a few years and I just came back about a month ago. I got my legendary cloak today and the first thing I went to do was add the flexweave underlay for the parachute. I have been using this with my disengage since WOTLK when we first got it.

It’s very disappointing that I am unable to put this on my legendary cloak. I can’t even begin to describe how much I use the parachute and how disappointing this is. It seems things have gotten much worse since I left the game five years ago. Especially with things like professions.