Can we get SOME communciation?

This is what probably irritates me the most about phase 2, is blizzard has not said a single word on the matter since they released it nearly a week ago, despite all the outcry. Before anybody writes this off as another pvp whining thread, let me tell you i love pvp, i love world pvp, i love classic pvp. What i dont love is playing on stalagg, a server like many others heavily outnumbered by 1 faction. In stalaggs case its about 8:2 from what i understand, partly due to blizzard allowing alliance to transfer off the server for a period of time.

You cannot do ANYTHING on stalagg without getting ganked by horde, you cannot even hang out in a city, because theres so many more horde players than alliance they control our cities 24/7. You can forget about doing any quests, and you can forget about going to any dungeon without getting ganked for 20 minutes to an hour every single time. This is nobodies fault but blizzards for releasing phase 2 before getting faction populations under control.

But again like i said, what irritates me the most is blizzard has not communicated with us on this AT ALL. They have been dead silent since they released this, and just now today announce theyre putting out battle grounds on December 10th, as if thats actually going to fix anything, and still mentioned not a word of the criticisms people have been giving them. They even went as far as to pretend like wPvP this far has been “impressive” or “exciting”.

Blizzard what i want from you most right now is some communication. Some clarification that you actually understand the problem and are actually trying to fix it. Because so far all you’ve done is said and done nothing. You put out transfers for a while, for some reason expecting it would do anything, and even messed that up by allowing the underdog faction to transfer, thus making servers like stalagg even more impossible to play on if youre not part of the dominant faction. All i want right now is for you to communicate with us so we dont need to sit here and wonder if these problems are ever going to be fully addressed

This is partly why BGs are coming early. Other than that, we’ll see if Blizzard wants to do anything else.

In that case, it solves the problem, even if it’s by 50%, as people will be using Bgs as a resource to get honor, as opposed to WPVP.

This means that less people will be out in the world in ganking squads.

This isnt a very good solution either, because now thats more content thats going to be rushed out. Will we see phase 4 in january? Its simply too soon, and its sad it has to be used as a bandaid to aid the core problem, which it does not fix.

All of this stems from Blizzards inability to control and foresee faction imbalance before the release of Classic.

But we are where we are now.

My only hope is that horde on stalagg get such long BG queues that they end up transferring until it evens out, otherwise it doesnt solve anything.

And pray that they hold off for a good number of months before releasing phase 4. Classic has been great so far, but they’ve dropped the ball harder than ive seen in a long time with phase 2 and i really dont think they’ve done a great job addressing it at all.

what irritates me the most is blizzard has not communicated with us on this AT ALL. They have been dead silent since they released this, and just now today announce theyre putting out battle grounds on December 10th, as if thats actually going to fix anything

What do you want Blizzzard to say? That lots of Horde players are ganking Alliance players? You already know that.

Lots of Horde players LIKE this, and find it impressive and exciting. Blizzard is not “pretending” that. This eagerness by Horde players is the only reason you are having a problem.

“All the outcry”? You mean 40 or 50 Alliance players, complaining loudly in the forums? Blizzard does not mistake 50 players for millions of players.

Vanilla was “before any pvp balance fixes were attempted”. You knew that. You knew this would happen.

What do you want them to say, that a Gamemaster will escort you around the world so you’re safe? It hasn’t even been two weeks since honor was added. People are freaking ridiculous these days.

More likely the overpopulated faction will just camp flight paths harder while waiting on queues cuz there’s nothing better to do. Blizzard has no idea how to fix any of their own problems.

The paladin is mad that he cant use his BoF in fair fights in WPvP.

horde on stalagg get such long BG queues that they end up transferring until it evens out, otherwise it doesnt solve anything.

BGs are going to be cross realm. Server won’t matter.

Blizzard has no idea how to fix any of their own problems.

Pve servers overall are almost 70/30 Alliance to Horde. If anything, there’s just too many Alliance not interested in pvp servers, other than RPPvP servers.

BGs are going to be cross realm. Server won’t matter. 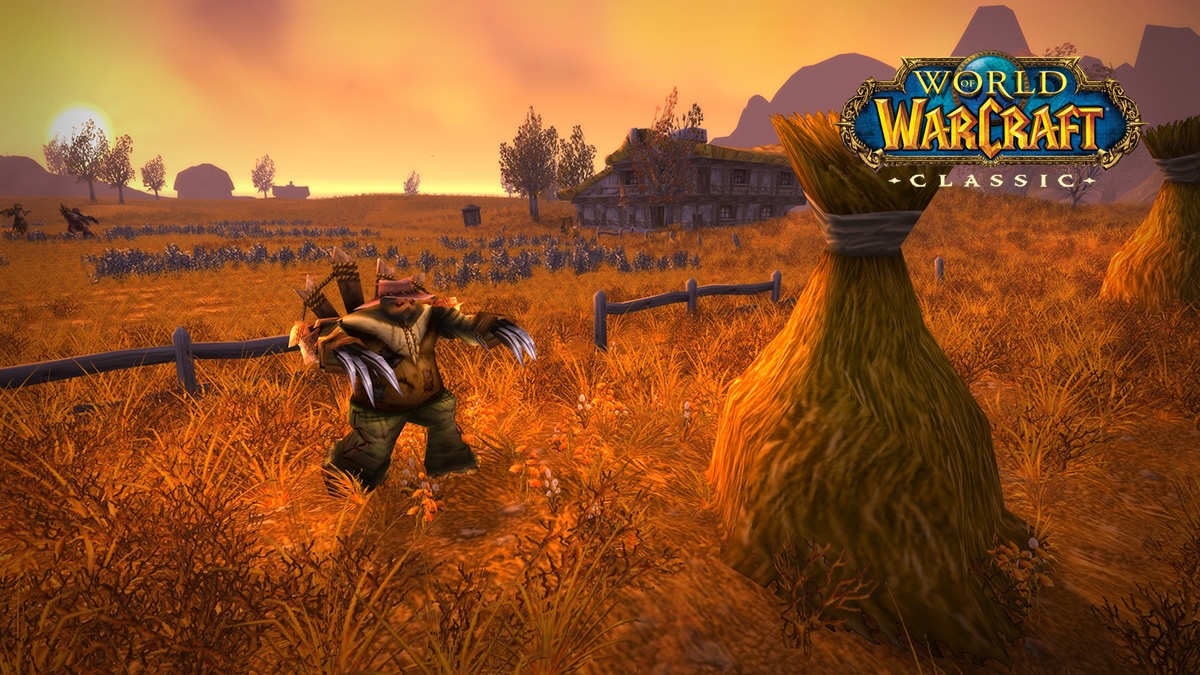 World of Warcraft Classic FAQ: What You Need to Know

World of Warcraft Classic launches August 26. To make sure you’re prepared, we’ve pulled together some information to help you get started on your journey through Azeroth.

All of this stems from Blizzards inability to control and foresee faction imbalance before the release of Classic.

How was blizzard going to control player choice? Alot of people would play horde or not play at all.It seems alot of pvpers prefer playing horde over alliance so that imbalance was ALWAYS going to exist.

The only thing they could have done is lock off character creation on pvp servers which hurts their bottom line.

My only hope is that horde on stalagg get such long BG queues that they end up transferring until it evens out, otherwise it doesnt solve anything.

Have we got confirmation if battlemasters are going to be active? Or if it will all be BG portal based?
Because if queues are bad and you have to use the bg portals? You know where the faction with long queues will be hanging out lol.