This is probably the worst version of an AOE improvement I could envision being made to any part of the BM 4Pc At the very least add in a 40% damage buff to Multi Shot it hits for bugger all as it is.

At the very least its a be quiet you whiny paying customers reply.
As a response to the hours of well thought out ideas purported by many that have put forward. its a slap in the face.

You know nothing about hunter… everything you said was absolutely incorrect.

This is almost certainly a nice damage buff under many aoe conditions simply by virtue of the fact that it allows you to replace a low damage ability (multishot) with a high damage ability (kill command).

THis still doesn’t do any aoe damage. Kill command doesn’t cleave with beast cleave. BM has never had an issue with ST… our aoe is abysmal. Replacing a few multishot in an aoe fight will literally be about a 1% damage increase overall… and this also does absolutely nothing for a ST fight…

BM needs aoe… not small ST in an aoe situation…

I’m sure this sims fine but it still feels bad.

it doesn’t… again in a ST situation is give no bonus and in an aoe situation it’s barely less than a % or two. A more informed and better change would have been to let kill command cleave on top of this multi shot duration change… but no… slap on something stupid because BM is ok in ST and thats how they perceive its benefit.

THis is a severely misguided and immensely stupid tier piece change that I feel was literally done by an intern that has 0 idea of how BM actually plays. you could increase multishot damage a measly 5% and it would be a better buff than this unbelievably misguided attempt.

Uh, no. I know you’re trying to help but your whole post is missing the mark big time. The over all boost we get is absolutely minimal and doesn’t nearly line up with other tier sets.

The fundamental issue is animal companion actually causes BM to do less damage however it is needed due to beast cleave, also multishot ovet cobra shot is a dps loss even in aoe situations since itself plus beast cleave simply doesnt do enough damage i do not mind making BM a good ST spec while MM/Surv handles aoe but can we be a top ST spec? Buff st damage plz and give more survivability would be amazing.

You keep doing garbage work until they pay you better and improve your working environment. I blame Bobby for this.

I think the issue that’s prompting the feedback that you’re getting here isn’t necessarily a problem with how this ability is simming under whatever aoe condition you’ve targeted for a buff internally, but rather with how the set feels as a player.

I think you should have stopped your post here. Because literally all of what you said is wrong and other posters have told you that in far more exhausting detail.

But, succinctly, it does not translate to a rise anywhere near even a negligible power increase relative to where it was before the “fix” or even to other sets for other classes. Mechanically, it also just does not work for Venthyr at all. It’s not inconvenient, it is broken.

Fixing the Venthyr issue could have been done several ways but just making the Kill Shot proc from Flayed Shot stack and then have a duration of 20 seconds would have solved the issue as well. (Someone suggested taking it off the GCD and I can see why, though less likely to resolve the overall issue. That said, even that suggestion is 100x better than what we saw Blizzard do today.)

In short, Blizzard has trumpeted the horn of “Listening to the feedback” of its players. Only to not only fail to do so, but hear some sort of dog whistle that literally nobody sounded in the requisite feedback thread, ignored future feedback not only in that same thread, but in the followup thread. I can only hope they actually put their money where their mouth is and listen to the feedback this time, and acting on it appropriately, instead of ignoring it (again).

We are adding additional functionality to the 4-piece bonus for Beast Mastery Hunters. When your Kill Command critically strikes, it now empowers either your next Cobra Shot with the existing functionality, or causes your next Multi-Shot to cause your next Beast Cleave to last 6 seconds longer. This should allow you to focus more on Barbed Shot, Cobra Shot, and Kill Command in AoE situations and worry less about using a Multi-Shot every 4 seconds to keep the Beast Cleave buff active

“We have read your posts outlining some issues you have with your upcoming Set Bonuses with regards to AoE damage.”

If the above is what we’re getting, then you did not read a single post on BM tier set feedback. The above change does nothing for AoE. It’s in fact a change that, if anything, adds some small bit to the QoL for priority target damage. This is not at all what people were asking for, not even remotely close to it.

This change falls painfully short of addressing any of the concerns players have with how the tier set bonuses interact with the spec, covenants, etc.

Or for a different approach:

Honestly, I don’t know which is worst…

I think I just need to step away from the game for a while. Getting far too frustrated over this garbage.

These numbers are based on my character, but the scaling should be somewhat consistent for others.

Using Multi-Shot instead of Kill Command or Cobra Shot is a DPS loss, but it triggers Beast Cleave for 4 seconds.

This new change will expand most Beast Cleave windows to 10 seconds, which means we won’t need to be penalized for replacing Kill Command or Cobra Shot with more Multi-Shots. That is less a buff and more of a reduced penalty.

Will it be a DPS increase?

Will it increase AoE damage?

Why not just cause beast leave to leave a bleed on the target for 3 seconds. Bleed does 30% damage of beast cleave. Done ez

This is bad. We need AoE, and the focus on more KS/Cobra messes with flayed shot big time.

Maybe if it extended the Cleave window AND buffed it’s damage for the duration. +50%?

Vynth still a big issue, which I doubt will be fixed due to “time”.

This is actually awful… Imo I was expecting more effort. At this point, just give us the BM typical aura buff.

This is a crazy live feed outside of Blizzard HQ. 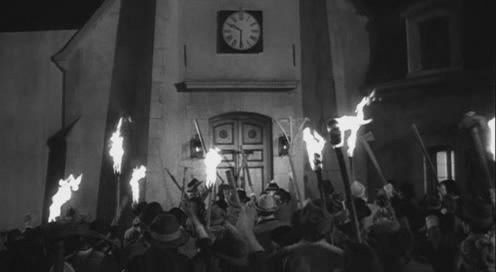 It isn’t just the Hunters, either. Ele shamans are gathering their storm elementals while they can.

Do the people developing these things have any actual concept of the class and spec they are developing these pieces for? Do they actually play the game beyond pet battles and doing a few world quests? This change to the 4-piece is hot garbage, compounded by the fact that Blizzard specifically setout to correct the previous AoE issue. This change only makes me want to play marksmanship hunter more in keys and AoE situations, over BM.

First point being if you play NF then you most likely have Dream Delver, so you still need to use multi-shot every 3 sec to keep 3% damage on every mob in pack and your main target because beast cleave does not refresh this stacks.

What is the point of feedbacks if blizzard doesn’t listen?

Holy crap I just went in game to check the Dream Delver passive and your pets can’t apply it so if you’re not using multi shot you simply aren’t applying the debuff to targets. So this is actually a nerf to Night Fae Bm Hunters in AOE lmao! I had high hopes for BM this tier but now I’m just sad.

This is not an AOE BUFF! Do they not understand? This is unacceptable incompetence.