Another Community Council invitation is given out!

I won’t believe in this council until I see people who prioritize things like leveling, professions, pet battles, and exclusively queueable content being represented. People who don’t do organized raiding or M+ achievements.

Exactly how little do you play? If you’re saying this you must play hardly at all.

I won’t believe in this council until I see people who prioritize things like leveling, professions, pet battles, and exclusively queueable content being represented. People who don’t do organized raiding or M+ achievements.

It appears they’re going to be packing it with hardcores and streamers. They’ll get together to discuss “the casual problem” and “what’s wrong with those people who left”. No doubt they will decide that the game needs more things like making the mage tower too difficult for the players who were told they should sub because they could do it for new rewards. And lots more elite FOMO.

because of people that don’t understand the game

Let me translate: Because people who don’t play the game as I do are the ones deciding its fate.

The game is more then end game, he last thing most of us want is for the game to die because elitist pinheads think they should be the only ones to have fun.

What is “common sense” is that if you fail to design a game for the playerbase you have, you will lose paying customers without gaining any to make up for those you literally drove away. That’s the problem with Shadowlands.

People who don’t do organized raiding or M+ achievements.

Well, you can read the Intro thread if you wish where some of the first invites have introduced themselves. It is a very very diverse group. I don’t do organized raiding or dungeons at all. Yet, I am there!

Edit - link for folks who wish Introduce Yourself Here

We have multiple languages, countries, playstyles, etc. So far very diverse based on play focus and interests.

And you just showed that you are making assumptions. They ASKED for players from all playstyles, likely so they could get ideas for all areas of the game. It might be common sense, but no one said that those who don’t do the dungeons/raids would put forth ideas for such. Like you said it would be common sense, but why would anyone who did not put dungeons/raids as an area of experience take part in those discussions, and not focus on solo content?

And this ins an example of the other extreme end. There are likely a few streamers, but big name ones? give it time. The only ones it would be packed with “hardcores” for are idiots that think anyone that does any raiding, any level of M+, any mid to high tier of PvP is “Hrdecore”.

There are likely a few streamers, but big name ones?

I don’t think anyone is saying a pet collector should be telling anyone how to gear or design M+.

The point of the council is to have a broad variety to provide input on a broad variety of topics. Context matters. I don’t play that aspect of the game so I might tell them why I don’t, but I would not be the one to try to give balance input.

Nobody even thinks that. People are encouraged to give input on the things they are comfortable with and have experience with.

Put in a good word for the professions systems for me.

That would defeat the point of having people who are not well known, but can provide well thought out feedback on their areas of interest.

PS: Check activity to see why the actual nonsense presented is tried. You might have an insight that PROVES EXACTLY WHAT IT SAID.

See ? Told you it always work.

So riddle me this: why are they then a representation of the community if they are not chosen by the community ? Sure you can make up an excuse as to why Blizzard apointees will be chosen by a standard that not suites them better than the community.

Before you come with all that garbage people here is famous for, I am not saying I think the community should choose them, but it is absurd to think a chosen by the “power that is” represent the interests of those under its power. I just think “representatives” are a waste of time, because they will change nothing.

On a second thought, I will just ignore you because what you said does not argument what I said, it is a different point entirely, and more nonsense is likely to come.

Hmm I can’t believe I didn’t get an invitation.

Exactly how little do you play?

As in my invitation better be given to a CE, gladiator, top key score m+ player than a doomsayer

Put in a good word for the professions systems for me.

YES!!! When a topic comes up for it I may very well be making a GD/Professions forum topic to discuss it here as well and get more input.

I am torn. I ADORE professions and even the AH. I have issues with some aspects though. When they make it so complicated that it impedes raid progress (Vanilla), or requires Dungeons to get basic progression done (Legion), some get frustrated. I like being able to level, make useful things. I don’t like having to quest to rank a profession very much, or have progress tied to group content - other than recipes for gear/consumables that are raid related.

What is a correct balance of crafting being useful for low, mid, and end game? Should crafting be a source of BiS? How about catch up gear?

Can a non-raider focus on being a guild/server crafter instead of raiding?

How to make older crafting useful and fun - transmog recipes maybe? Make some of the iconic NPC garb from each expansion?

If we finally get player housing how would professions work with that? Would it be viable to play the game as a furniture maker?

They are people in the Community who applied and Blizzard tried to select a diverse set with wide ranging interests. Doing so means many gamers may see someone they feel is similar to their gaming choices.

This is not a democracy. Please don’t think it is. This is your big mistake. You are expecting something that was not offered. If they wanted that they would have had voting but then it would be a popularity contest dominated by streamers with audiences.

That includes mine too if I’m declined, I would rather have my invitation to be given to a streamer or a more hardcore gamer

There is nothing more hilarious than when someone does not realize they are just a caricature of themselves.

I always did like old crafting and professions, especially the old class design RPG elements we had from em. Good luck on the council!

Everybody else will probably be starving to death before you hit year two of the tax policy being ratified.

Is there no cake for us to eat? I can see a revolt if there isn’t!

Is there no cake for us to eat?

Not sure what this is about but cake sounds good. 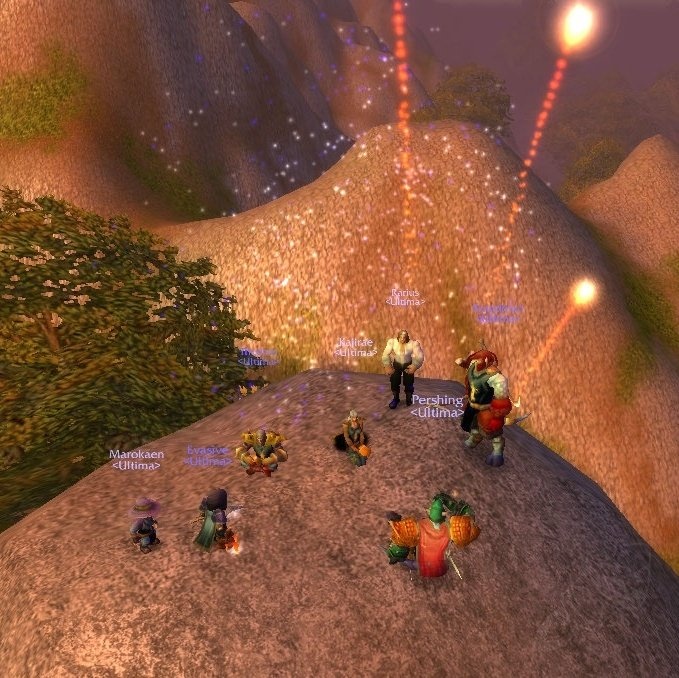 It is crafted. In the Food & Drinks category. An item from World of Warcraft: The Burning Crusade. Always up to date with the latest patch (2.5.2).

Edit. GOOD! They did not kill my ability to link.