Hey GriM, this issue should have been fixed with this patch. I would try beating the last mission again (or using allyourbase cheat) and you should unlock Rexxar campaign! Let me know if that works for you.

Rexxar Campaign didn’t unlock by replaying the final Undead expansion mission but it did after resetting the entire campaign process and by starting fresh.

The final two Orc prologue missions are Reforged Mode only. I’m glad we were able to resolve the Rexxar mission issue!

I don’t know if and how these missions in question were remade for Reforged, however they were not specifically created for the new version of the game either. It’s realistic to expect you had to start from somewhere before adding voice files and other languages to them. You didn’t make them from scratch in the last two years during the creation of the new game.

By default in the final version of the game that shipped two decades ago had only three missions.

The other missions were cut out of the full game with just the tutorial levels left in WC3:ROC. They were first seen in the WC3:Demo which was made available after the release of the game. In WC3:TFT the company made a custom campaign which included the missions that were exclusive to the demo campaign; however, the voice acting was removed as the demo voice acting had only been recorded in English and Blizzard was unable to localise it for other regions.

At some point or another while TFT was still getting patches, these three missions got removed from the game files with one of the updates. The thing is, these maps exist somewhere, either on your servers or one of the fansites. The missions in question are designed specifically for the Classic game and despite the lack of voice acting and other minor details, they are entirely scripted with many trigger systems and they play out with almost no bugs.

You could very easily find those maps online and include them in the Classic version just to make it a more complete experience for the players that remember them, but are stuck with the old game key. It would mean a lot to those players and it wouldn’t need a lot of work. It is currently impossible to do this ourselves as the custom campaign system is not included in the new client.

I loved the Founding of Durotar campaign when I was younger (pre-WoW). It seems a bit silly to me that it’s the final campaign, since it’s relatively easy and laid back compared to to rest of the game. At least let it unlock after Eternity’s End so the people who will get the most enjoyment out of it don’t have to bleed themselves dry first. That campaign is all about the story.

You can still put it in the last campaign slot, but treat it more like the prologue, since that’s about how easy it is.

Thats valid feedback GriM/Xelfire! I’ll pass it along. Thanks for the reports guys.

Thanks for attention, I heavily edited the post after you made your reply to make it more clear how little or close to no effort is required to make this happen and how the addition of these three missions that are currently missing would make the Classic version within the new client fully complete - something that wasn’t possible until a few days ago.

Okay, since I apparently totally missed that (just woke up), did they fix the Rexxar campaign with that?

I just gave it a try, and it did. I didn’t need to reset the campaign like GriM did, so if it doesn’t work, try that. 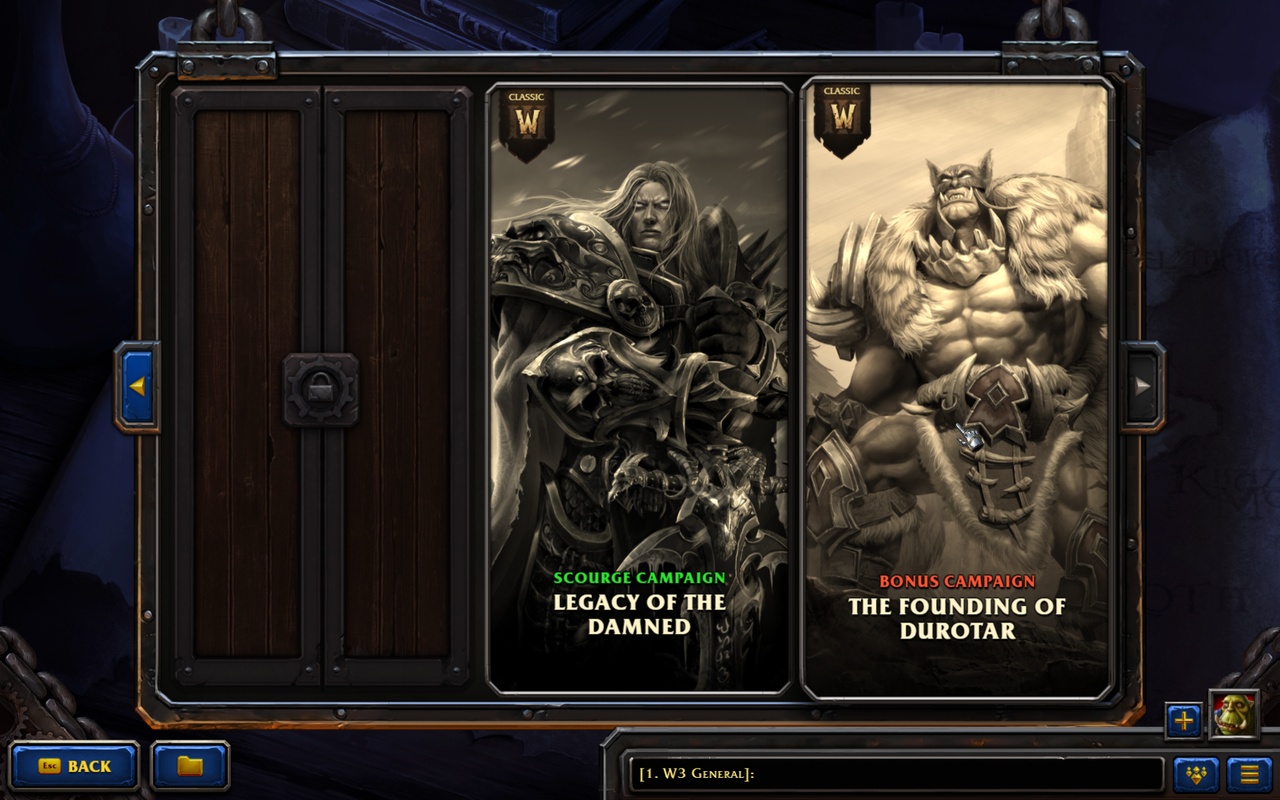 Okay, so now with this, it’s my understanding that all missions and campaigns are finally in Reforged?

The bonus campaign test I did above was in Classic, so hopefully the fix carries over to Reforged.

The last three Prologue mission are for sure in Reforged. They are however not currently in Classic.

Hi when I am playing the second act, I am going from the main map to the coastal base map during the loading screen I get a victory screen and the game end. is there a fix for this?

Is the Bonus Campaign not unlocking in Reforged? It was fixed in Classic, but I don’t have reforged to test it in.

Honestly, I don’t know I thought maybe you had the info from another post. I knew from a different post that apparently Prologue 3, 4, 5 and Rexxar was missing from I think both Classic and Reforged.

Ah! Just that Bliz posted that the Rexxar campaign being stuck in a locked state was addressed in yesterday’s patch. From there, I gave it a try in Classic and it was indeed fixed. I just can’t test Reforged since I don’t have it

For clarity, Leviathan. It was only broken in Classic mode, it was always working as intended for Reforge users.

Wait, so Prologue Chapters 3, 4 and 5 that was missing and Rexxar are now back in Reforged and work properly in Classic again?

Hi there.I got the new problem,iv’e got Reforged not the classic.Campaign Rexxar ACT II is bugged.I do that ACT II Rexxar 4 Times!!!.Do everything.We need help for that.The funniest problem is… i got ended ACT III and it’s ok,campaign accepted that on high.So i got ACT I and ACT III accepted,but not the ACT II.BLIZZARD it’s lots of time to do Rexxar campaign. PLS HELP US ! I wanna PORTRAIT i do all campaign…

Here’s an idea, how about you use the search function for a bug that has at least 5 threads about it…