are u kidding nerf orcs every patch? increasing gold cost on 40% is too much, and exprience for wards on 50% on 2lvl aswell. And plz, nerf undeads banshees curse, is totally imposible to play this mu, just check , 33% misses on 120 sec, for reference, demon hunter evasion 10/20/30%, so banshees have more misses, than DH on lvl 5, rly? And orcs cant dispel it all. This change is must have, but u chaning other unnenecessary things…

I would agree with that. They certainly gave too little experience before, but now they likely give too much.

I am so glad that patch listening to community. However, I think it is not adding up the opinion from community, and should consider the overall adding up effect. I undertstand Brewmaster and faerie dragon change targeting Hum vs NE matchup, but this matchup is not very broken right now, so change either faerie dragon or brewmaster should be enough to fix this match up, changing both of them are too much!!! Also, I understand orc need some nerf, but I think it is still necessary buff other orc units or item to balance the nerf. In all, adding all community opinion together in one patch is too much!

Great Patch, you adressed a lot of things which needed a change, im supprised in a good way.

This item was initially posted in error. The correct numbers for today are:

This was one of the better changes ive seen , if not the best.

I still think the Human tower repair thing is just INSANE. Tower rush and tower push is already strong vs Elf… with this repair, u can expect 5 out of 10 games on bnet to be tower rushes/pushes.

Snakes MUST give more exp… but maybe the increase was a bit too much. i would increase slightly on lvl 1, and an average increase on lvls 2 and 3.

FINALLY Faery Dragons might do what they are supposed to do: effectively counter casters. Please keep these changes or even increase the damage of mana flare in case the PTR doesnt show improvement.

Increasing the cost of Speed scroll was NEEDED. u can get out of any tricky situation, saving your entire army for 50 gold. thats jjust out of this world. btw, orcs have been winning everything. this will not change that.

Sundering blades change is not the best, though. make the upgrade cheaper, maybe? dont give it for free.

But overall, this is way better than the last one.

I like these changes, but why are you guys so against buffing bears? More armor would be great especially against knights and destroyers.

You realize night elf was already the worst race by a significant margin? MGs were a crutch that was stupid and I’m glad they are nerfed, but without that crutch night elf will completely fall over, especially against human.

Night elf has an unfavorable match-up against all the races now and the proposed fix is set to make this even worse. How does this make any sense? What is the reasoning behind these changes?

I like the direction this PTR headed relative to last PTR.

Not sure if the coding is too complicated BUT I have a suggestion for the item selling changes. Right now consumables are pretty balanced. There was a lot of concern last PTR that selling TP would be too good for orc at 75%. I know it’s now 65%. But I think 75% value for say a Ring of Protection is actually okay.

My suggestion if this can be coded in without too much difficulty. Reselling consumables like TP, mana pot, heel pot, etc keep at 50% like it is now, reselling permanent items 75% like it was proposed this last ptr. As I mentioned consumable drops are all pretty fair. It’s the permanent item drops that can get unlucky.

Like who the hell asked for these fearie buffs. They try to buff everything besides bears. It’s kind of odd honestly.

As much as I appreciate updates on this game, these balance changes are very odd.
PLEASE just bring back the ladder, clans and player profiles before you work on anything else. I’m sure everyone here agrees with me

Serpent Ward XP is the right area wrong change IMO. It’s only meta use is in Orc v NE matchup.

After struggling to being outright oppressed since Patch 1.30, Orc does seems to have gotten the upper hand in the matchup, at least in Asia. I do think Serpent Wards help orc be just a little to cost effective in the mid-game.

Solution: Just buff all NE heroes because they so weak now vs hum ud orc.

Hippogryph: I think after buff gargs this again weak vs gargs so maybe add +1 +2 armor will be help for this units or add hp from 525 to 550.

Dryads: Rework. Dryads HP from 435 to 490 and Abolish Magic damage against summoned units 300. Main mana 300 and initial mana 100 and mana regeneration: 0.95 . Reduce the experience gain from Dryads from Level 3 (60xp) to Level 2 (40 xp). Because the elves absolutely do not have enough dispel mana and damage for dispel also the dryads themselves as units are very weak so it would not hurt to add a little hit points.

Druid of the Talon: Rework Druid of the Talon please, a little bit buff hp and spells faerie fire duration for heroes 60 and for units 90 and the cost of Magic Fire mana is reduced from 45 to 35 . Also guys back fortified on t3 for orc. Because orc have Reinforced Defenses(fortified) and Spiked Barricades on T2 it’s too much for one race. Also yes thank you nerf serpent ward exp but they need nerf Serpent Ward attack damage and hp no experience because this is so op vs elf no only vs talons.

Faerie Dragon: Yes thank you for buff mana flare but but this buff is not enough for these units because in the leit games, the Archmage’s mana regenerates 2 times faster, thus the hum casters replenish mana faster as well. So I think if you increase this spell a little more, for example, max damage to 10 and 120 damage, respectively, and also splash damage to the radius of 40 and max damage to heroes to 70 and 5 damage per unit of mana used for heroes. Also elf players used this units vs orc vs shamans, spirit walkers and vs undead statues. I also believe that the attacking damage by the dragons themselves does not need to be nerfed since the mass faerie dragons are played very rarely and at a high level of games about players, this stratum is not playable and it can easily be countered.

Bears: Return for bear +1 attack and + 40 HP in bear from because this unit weak vs sorcs 55% slow and mk clap lvl2-3 and vs undead destroyers. Will be good if u nerf sorcs like 50% slow. Also please buff armor for bears.

Chimera’s. Just bring back for them damage splash radius return from 100 to 125 and Chimaera movement speed return from 250 to 270. These units are very weak against the air if you don’t have time to make a defense for them due to hippogryph or dryads so I think it wouldn’t hurt to give them some mobility back.

Now about the buildings: Free of lifes buff Nature’s Blessing Armor Bonus on +1: so will be 3 for Ancient Protectors, 6 for others. Also i think need back for Tree of Life build time from 120 to 110s. The elven tree of life has the smallest hit points of all the main buildings in the game and also the elven buildings at the beginning of the game have less armor than other races so it would not be bad to equalize some armor buffs nature’s blessing.
The next build: Buff Moon Well mana regeneration at night increased from 1.50 to 1.75 per second and Well Spring now upgrades Moonwells to 450 mana.
The next build Ancient of War Hit Points from 900 to 1000 and base attack increases from 36 to 44 because players for elves use them mostly from the beginning of the game for creeping. They also serve to stand in front of the expansion as a protective building while you are engaged in creeping.

Hmm I really like the 65% sale rate and tp cost reduction its fair since every race can use/abuse this… I’m not to against most of the changes here… but I think orc/elf should recieve a slight buff maybe revert bm/dh?

good job on not abbanding game though!

prolly the best best patch ever. 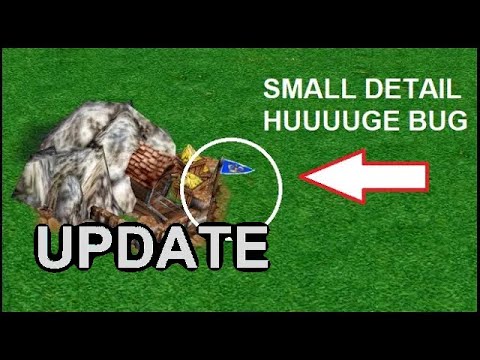 removing the sacrificial pit requirement is an okay change, but its not what the frost wyrms needed in my opinion.

look, they are one of the most expensive units in the entire game, plus they are taking a long time to build but they are so easily countered by almost everything on the battlefield (and feel somewhat laughable in some situations); stormbolt + focusfire, shackles, dryads focusfire, headhunters focusfire, hex, hippogryph riders and gargs, to some degree howl of terror. so you basically always need one more than the enemy can handle and that is not so easy to achieve. maybe I’am underrestimating them, also since timing is everything, especially for undead, but I assume the right step would be to give the frost wyrms some kind of a passive against piercing damage and/or crowd controll duration, and I’am not talking about resistance skin in particular. some sort of 10-20% damage reduction against piercing damage would be a good start.

okay so, personally I believe the circumstances of the frost wyrms, whether its requirements of the sacfircial pit or lumber and gold cost, is not what they need, I believe. they need to be changed itself, if its range, a new passive or the pure stats, I dont know, but I’am very certain that its the right approaches.