That’s awesome, I was worried because of something that happened last week.

If your plans involve moving out of Wyoming, will you be changing your name?

WE LOVE YOU! You helped so much on these forums!!

Does this mean WyomingMyst text will evolve from green to blue

Does this mean WyomingMyst text will evolve from green to blue

Only Sombra ever had that… 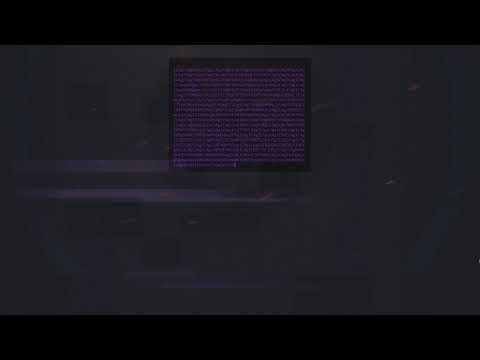 Was this a mistake or did he simply not want MVP role on the forums anymore? WyomingMyst has been so helpful in the past years when it comes to guiding us with YT/Twitch drops and other technical issues, so I don’t understand why MVP status has been taken from him.

That would be Waaaaaay too huge for it’s own good if truth is told here.

He is evolving into his Final Form! gasp

. Everything will be okay

I think WyomingMyst has done a good job offering fair feedback over the years.

Ok, after reading these 3 different colored posts, It looks more like good news? Or is it to comfort us after the bad news was said? Idk which way to take it right now: Betrayal or Upgrade? @
Hey everyone! For over 5 years, I have helped other players enjoy @PlayOverwatch as a Blizzard Forum MVP, but my time posting in green has come to an end. Today, I am honored to be joining @Blizzard_Ent and the #Overwatch community team to help launch #Overwatch2! #BlizzLife
4 Likes
GhostStryker-1159 September 23, 2022, 4:49am #80

What have you been up to? This forum misses you and your leadership.

Oh no! Zombies! Quick, try killing it! Try killing it by uh… not posting here ever again. Unlike what I’m doing right now - which is hypocritical because it’s keeping this necro topic going and I’m telling everyone else to not do the thing that I’m currently doing! But it’s ok if I do it, I’m doing it for the public good. It’s not okay if someone else does it, so everyone no more posts after this one!!

Meanwhile WoW team just hired a bunch of staff with proven track records. Does Overwatch team get any budget for hiring people?

wow getting that studio is great news spellbreak while not a great BR in itself is one of the best mage spell duel games i have ever played, i just wished it was a team shooter like ow or quake rather than a br, the spell themselves and comboing them and seeing various effects was so cool.

The whole BR balancing sort of watered down the game, it was awesome in early beta.

Nice move though by blizzard.

So did wyoming get hired by blizzard or not.

Ok just checked his twitter guess he is hired cool

@
Hey everyone! For over 5 years, I have helped other players enjoy @PlayOverwatch as a Blizzard Forum MVP, but my time posting in green has come to an end. Today, I am honored to be joining @Blizzard_Ent and the #Overwatch community team to help launch #Overwatch2! #BlizzLife
GhostStryker-1159 September 23, 2022, 5:50am #85

He hasn’t done much posting or share anything on OW2 since joining the team. Wondering what his new role is? Hope he’s happy! I wished he was around to shed more light on OW2.

This forum misses you

Let the Kitsune guide you: A first look at Kiriko's concept and playstyle General Discussion

Lots of other recent posts, too. Don’t worry, he hasn’t forgotten you all.

He hasn’t done much posting or share anything on OW2 since joining the team. Wondering what his new role is?

Most of his comments have been similar to his MVP role, where he’s helped with clarification and troubleshooting regarding the Cross-Progression Merge FAQ and the OWL/OWC Token/Skin drop issue the following weekend.

He also confirmed that OW1 credits will carry some value into OW2, even if you have unlocked everything in OW1. Beyond that, like any other community manager, he can’t really provide any other major details about the release, but he’s usually been around to answer key questions during the big blog posts.

Why does that sound so very weird.

Ahh well I guess you can’t be your online tag in a professional capacity unless you’re like a esports player.

Good to see he didn’t disappear.

I mean… when you literally defend every single thing blizzard ever does and always make it seem like the players and the community must be wrong, never the game, the devs, or the company…