I think it’s more he’s choosing to enjoy watching it all play out, I doubt he thinks these are good changes

“I said a hero was fine and got some backlash for it, then I claimed that I got advice from Moira 1 tricks in high rank”

Twitter is made for outrage, drama, memes and just like a 5% of news and useful information … dont know what you expected here guys

Sure some changes are weird but come on, lets not act like many of those could have come from Devs themselves with ZERO interactions with streamers/OWL players.

PS: Bastion and Reaper got good things at least, just like Soldier. I liked those.

Not listening to pros? I don’t have the full background but I like the sound of that. What did they mean?

Thats why we have stupid Tracer and Genji buffs, Dva Winston buffs and all counters nerfs.

Well, about the pros, I always say - I’m sure that in Formula 1 car racing, feedback from the drivers is very important. Then again, they’re not the ones designing the cars or the race track.

I don’t understand any of this. It seems to be an experimental card for a specific tournament taking place later this month.

Some people are angry about the changes, and some people are saying these changes aren’t actually coming to the game… Only the tournament… Which one is it?!

People are upset that they blew the chance to make meaningful balance changes that could come Live. Instead, they ensured none of these will make it, nor will anyone listen to “pros” opinions anymore.

As always, they did not communicate good enough.

Edit:
A significant factor showing this issue, that even streamers like yeatle or chipsa expected a more serious way of handling a “pro-exp-card” Again, no clear communication!

Now I understand even less haha. So none of these changes are happening at all? I’ve been watching a 2 hour video for nothing?!

Basically yes.
Here is the offical clarification after the huge backlash:

The Overwatch League Flash Ops Experimental Card Tournament has been announced! Be sure to check out the Overwatch League website for more details. It’s important that we clarify that these Experimental changes will be present for the sole purpose of the tournament – The changes within are not intended to reach the Retail environment. Since the Experimental mode provides a unique environment, it serves as a great tool for something fun and engaging like this tournament. We hope that everyone e…

I hate how some people are going “but this is eXpERiMEnTaL, yOur’rE meanT tO trY rAndOm tHingS” to justify how bad the suggestions were.

like do they not realise they’re basically justifying going: 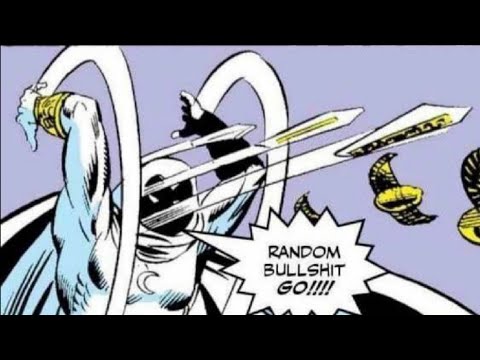 emphasis on asking/setting a question, RESEARCHING it before making a hypothesis and then designing an experiment

like surely this had to have been taught in science in secondary school and/or below.

seriously, as moira says: Stupidity is NOT a right.

I know that the changes were meant to be just for fun, but they still strike me the wrong way for several reasons.

Some characters got major unnecessary buffs. There’s no world where Ana needed that level of buffing, or where Genji needs to have his ult duration extended for every kill. Other heroes who could have used some fun changes didn’t get any at all, even when such buffs were suggested (for instance, the Junkrat section). Why? Because the panelists (or Soe) didn’t like them. Or know how to play them.

Some characters got changes that didn’t make any sense at all, and seemed to indicate that the person making the suggestion had never played the hero in their life. The Mercy buff is one of these. If you’ve played the hero for any amount of time, you understand that this is not a fun buff that adds depth to the hero.

It’s a meaningless change that will not make any difference at all in any game in the tournament. You could spend every Valkyrie going battle Mercy, and never encounter a situation where this change affects anything. The situations where it’s even remotely meaningful are incredibly specific and rare. Mercy didn’t need any changes, but if they’re going to try something out they could have at least tried something less ridiculously irrelevant. It’s not a fun change if it never does anything.

There was no rhyme or reason to the whole thing. They weren’t trying to address any problems with the meta, they weren’t going for a meta they liked, they didn’t address heroes that needed help, they needlessly buffed heroes that didn’t, they made some silly changes for no reason, and they made nonsensical changes out of ignorance. If fun was the goal, it could have been handled much better.

“The only hack youre gonna land is EMP”

Sadly I think that was the point

She is already getting hacks off with enemies getting virtually NO warning if the sombra player has ANY better latency and even then, you have almost no time for reaction. Not to mention hacks completing even if you LOS her or you should already be out of range.

The nerf was maybe a little harsh, but it needed increasing.

I hope he is ok. It seems odd just to vanish like that.

He was taking a break from streaming for about a week, he’s fine, he’s actually streaming rn

The nerf was maybe a little harsh, but it needed increasing

Sombra was released with a 0.9 second hack, and do you know why it was brought down? The devs said it when they made the change: You couldn’t get hacks off because it was too slow.

These geniuses changed it to 1.15.

added! Sorry it took so long!