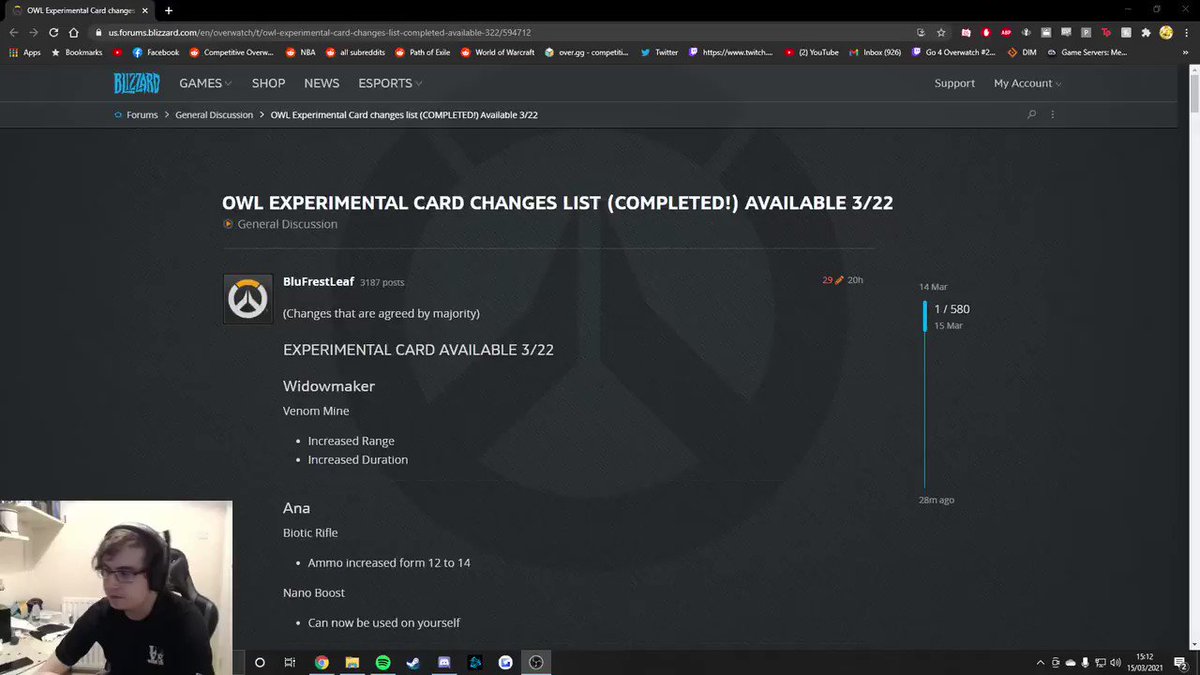 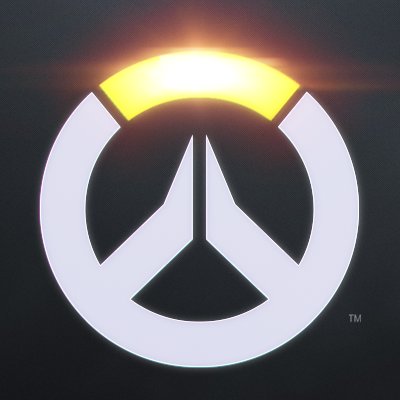 I'll wait for the official changes for the exp card but it was so biased and near sighted that it was a waste of time. No other developer has given a community this chance and they pissed it away. One good outcome is that everyone can see why you dont listen to pros for changes 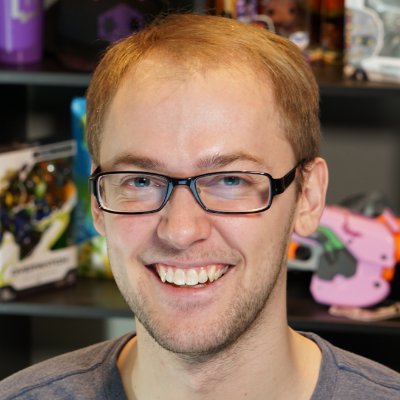 @overwatchleague So 1.15 second cast time with 6 second duration? Yeah the only hack you're going to land is EMP.

I'm gonna nano myself so much... 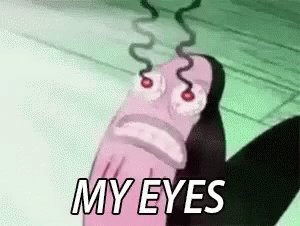 My thoughts on the experimental panel summed up in one gif. https://t.co/tXNyaE3GJK

cool, I’ll remove it then.

I don’t want to be pushing the wrong info.

ML7 knows where it’s at.

He knows that immortal Ana with nanoboost to 2 tap squishies from afar would be an insane buff.

Who needs baptiste and his lamp anyway? Just nano yourself defensively if anything at all is about to threathen you (like pulse bomb oh yea tracer is meta too hmm) and kill enemy team back.

Chro, ML7 and Fitzy still seem to have their brain cells intact at least.

Yep, it pretty much summed up my thoughts on it directly.

Chro, ML7 and Fitzy still seem to have their brain cells intact at least.

ML7 is thanking Fran for the oppressive ana buffs. I wouldn’t say he’s entirely unbiased either. But he’s a world class ana player and I wouldn’t expect him to either.

“The only hack youre gonna land is EMP”

Sadly I think that was the point

Wow, that’s sad. I love watching this guy’s streams and I’m disappointed. I guess nobody is perfect and unbiased but it is crazy they are so invested in playing this character they can’t be neutral for a moment and realize this buff is TOO MUCH.

It would probably make Ana a must pick even in Gold, and MUCH MUCH more broken than they think current Bap is.

I mean, no doubt Fitzyhere would ALSO be biased towards having sombra as a viable character, but there’s a difference in player skill, smarts and then having the wisdom to recognice you have bias and disregard the bias, think outside of the box and what is beneficial for the game and the viability and health of the characters.

There is a lot to be considered when it comes to balancing a game. I hate doomfist with my very fiber of being, I am absolutely disgusted by the character design. He made me drop my secondary main for a year because he made playing Zenyatta unbearable, still does. Did I make it clear I just don’t like the character yet?

But I still wouldn’t gut him so he’d become unplayable. If I went into that direction as a balance designer, it would never be fair to players. My personal feelings have no place in objective game balance design. The goal is to have every character balanced in this game, not just the “less annoying” ones and then dumpster the annoying characters because everyone hates them.

Oh wait, that’s that they’ve done to bastion and sombra and symm haven’t they? They’ve not been able to balance them due to “annoyance” factor and so they remain dumpstered.

Chro hit the nail on the head with this one. The community finally got a chance to spark some decent balance changes and ruined it. If we had to have one more chance I hope blizzard just puts a poll on the games main menu for what heroes should receive buffs/nerfs. This patch shows why we can’t just take the word of gm/owl players.

Anyone kinda excited for the Experimental's getting created by Pros? [Blizzcon] General Discussion

What was I even expecting?

Them to not overbuff all the “uber skill dps” so they can make all the plays and look fabulous and dominate the opposition with broken characters? Hah.

Added Yeatle reaction (it is a good one)

I am surprised I’ve not seen a Samito take on it.

Dude. We all know you’re the silver df troll main who only played him to scream how broken a bottom 6 hero is.

Chro with the words of wisdom. He’s absolutely right.