Hello, this is more so a suggestion, but there is a bug with the killfeed that’s already in the game that will cause it to be persistent if you happen to remain in a match somewhere around 2-3 hours I believe. The feed will always stay on screen instead of disappearing after around 6 seconds or so and always display the last 6 kills in the top right. This could be a neat feature for specific types of game modes where maybe too much action is going on or you weren’t paying attention to well to kills and want to know the causes of the last few deaths. Of course you cold probably create some custom hud with your own kill feed, but I don’t want to use more resources than I have to just to display it like that, and also showing specific abilities seems like it would be annoying to setup. But since it’s technically a bug that already exists in the game with the current kill feed, you could turn that bug into a feature, whether making it toggleable through scripting for workshop / custom games, or just a feature itself for the entire game. And since it’s a toggleable option then it can come down to preference.

Video demonstrating the bug from a custom game I’ve been messing with. 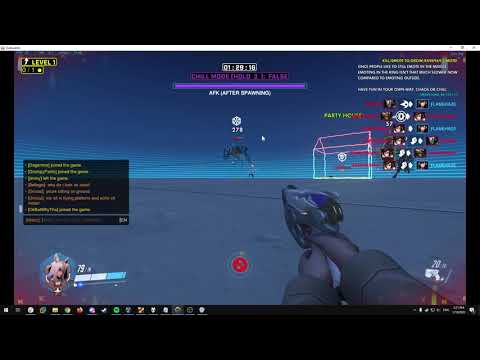 I know this may seem like a small suggestion but if it’s already something that exists as a bug it would be cool to have it a feature as it might be useful to some people in specific scenarios or for certain game modes. Thanks.

The problem making this a feature, is because have will have some CPU budget increased to display and keep rendering on screen, like 500% modes you can see that some players get some freeze if people leave “Kill feed” enabled.

Yeah honestly, I suppose that is true, I have read things about the kill feed causing some input lag because it uses cpu etc. But at least if it was a customizable option then players can choose to disable it if it causes issues. All in all I suppose this one could just be left out. I just found it interesting tbh that the kill feed get’s bugged like that in the first place.