If you see a smurf, report them

Link me where the TOS says that griefing on a smurf is okay.

Link me where the TOS says that griefing on a smurf is okay.

You make the claim, you provide the proof. You claim you’re using Blizzard’s definition, link those definition.

@UhOh_Stevo Manipulating your SR/MMR, whether intentionally losing or otherwise, is against our EULA, the spirit of OW & sportsmanship in general.
Moolikecowzz-1512 13 February 2019 18:46 #107

That doesn’t support what you said.

It doesn’t mention smurfs or that playing “too good” is a reportable offense.

That doesn’t support what you said.

It doesn’t mention smurfs or that playing “too good” is a reportable offense.

I quote what I said one more time and then I’m done with your trip here, alright?

I suggest reporting gameplay sabotage such as smurfs who ruin matches with their unsportsmanlike conduct of forcing themselves upon lower ratings.

I suggest reporting those who do not play to win in competitive and this includes the guy who behaves in a negative way that would negatively affect his main if he didnt have his alt-account.

Manipulating your SR/MMR, whether intentionally losing or otherwise, is against our EULA, the spirit of OW & sportsmanship in general.

I suggest reporting gameplay sabotage such as smurfs who ruin matches with their unsportsmanlike conduct of forcing themselves upon lower ratings.

And again, gameplay sabotage does not mention smurfs or smurf “behavior.”

I suggest reporting those who do not play to win in competitive and this includes the guy who behaves in a negative way that would negatively affect his main if he didnt have his alt-account.

“Griefing” was removed because people like you kept making up your own definition, and you’re still doing the same thing.

I count it as cheating.

Well yea some say there’s an invisible omnipotent man in the sky… doesn’t make it true.

Stop boosting and smurfing, mate.
Have a good one.

Nope. Quickplay is the best place to learn tanking in GM dude. I was playing earlier today where my teammates were silver and plat while I was in gm. Went pretty well -_-

Hope you get banned.

Hope you get banned.

Stop lying and harassing me with defamatory false accusations. 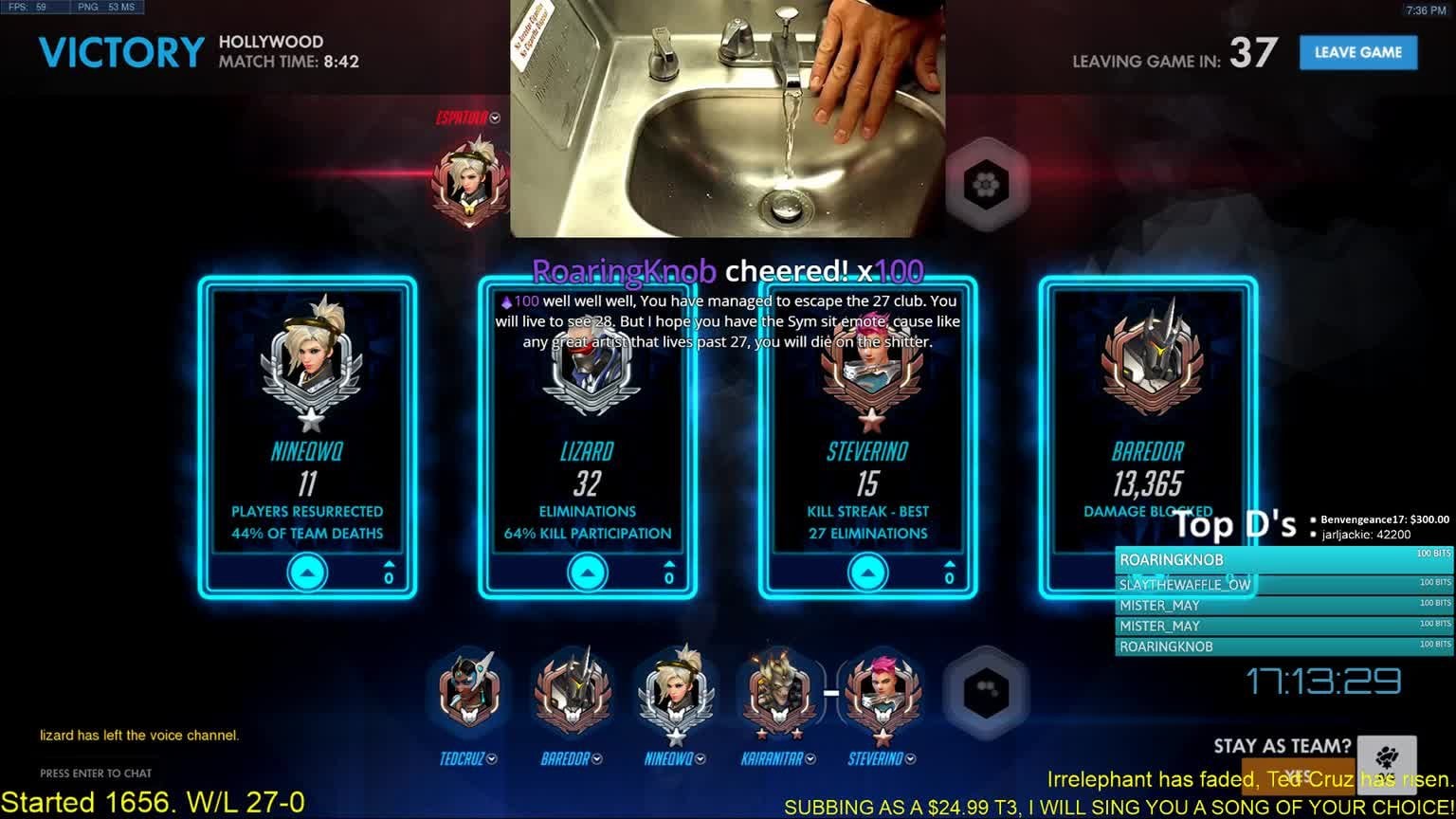 If someone better than you: smurf
If someone isn’t doing good: trolling/throwing

I just wonder why smurfs in every game of mine (read definition). It can’t be me.
If you think you deserve to be in 3400 or higher while hardstuck jn plat or gold, let me know. I’ll give you one account in whichever elo you want above 3400. You can keep the account but you’ll have to win 1 match playing your main role. If you can’t, you’ll come back here and say if you’re wrong or right about smurfs holding you back.

Actual smurfs suck. But I believe the vast majority of ‘smurfs’ are just high ranked players who want to try a new role. The other thing is, that because of how blizzards system works you cant play with your friends if they are much lower ranked than you. Theres most likely a lot of people using the system to be able to play with their friends. And while its not right, I would say that’s more on bliz than the people in question. But as for people who intentionally throw games to get to a lower rating in order to stomp games…yeah screw them.

I’ve only ever been able to get to diamond on xbox (yeah I know its xbox lul). But I switched to pc and am 2800 and climbing slowly to 3000. I have like 2000 hours played across all accounts and its very clear that the system puts you pretty much where you belong. People just cant accept that.

Stop lying and harassing me with defamatory false accusations.

I haven’t lied about using Blizzard’s definition like you have. I’m not the one making up my own definition to report people with.

Steevo’s case is not an example of “smurfing” under your made up definition, nor does GM mention “gameplay sabotage” in their response.

I count it as cheating.

Okay guys, we finally have an answer as to what is cheating. It is whatever TiderLaw deems is cheating

Someone is better than me so I am very upset!

Instead of taking it as a way to learn and improve I’m going to blame my own shortcomings on an enemy player, ban everyone who kills me please.

TIL the EULA for EUA is different than the EULA for Brazil (where I live). In the contract I access, on the item 1.A.ii it says:

Which is exactly the limitation I mentioned.

So, sorry for any confusion I caused, and good luck for the americans dealing with the smurfs. I thought the license was the same for everyone, and that it was just translated. I didn’t bothered to check the wording.

there is no reason to have more than one account.

it ruins the whole purpose of competitive play.

You already bought the game, now you are trolling the lower levels for what exactly?

To assume that people buy second accounts simply to troll the lower levels just screams of narcissism haha… not everyone is out to get you!

Speaking personally… I bought my second account because the game was on sale and I’d already used my free name change. My friends and I all wanted to make accounts with similar names to show we were “on a team” of sorts. It’s been a lot of fun and enabled me to learn the support role (I’m a tank main on my main account).

And you know what? I, too, still lose games all the time, sometimes even embarrassingly so. And those losses are my problem, not the problem of the player who had some extra cash laying around and decided to buy another account.

Stop placing so much emphasis on a players rank/level/border and instead focus on improving your play.