We’re back with another Experimental mode focused on testing some balance changes. As with all Experimental modes, these changes are not guaranteed to reach the live version of the game. Check out the full patch notes here.

What are we trying to address?

While we don’t have an overarching theme for today’s Experimental patch, we’re hoping to get your feedback on a handful of hero updates for under- and over-performing heroes. These changes are not intended to be hugely impactful to gameplay, but rather numbers adjustments that should improve some heroes’ performance.

What are we testing?

We’re making some adjustments to a number of under- and over-performing heroes. These changes are focused on improving performance of the following heroes:

We’re also aiming to make some adjustments to Ashe’s Dynamite since she’s currently pretty powerful across the board.

We hope you check out the new Experimental mode and provide us with your feedback! Science will reveal the truth – And all great science requires data! As always, this is an Experiment, so the changes in this test may not reach the live game. 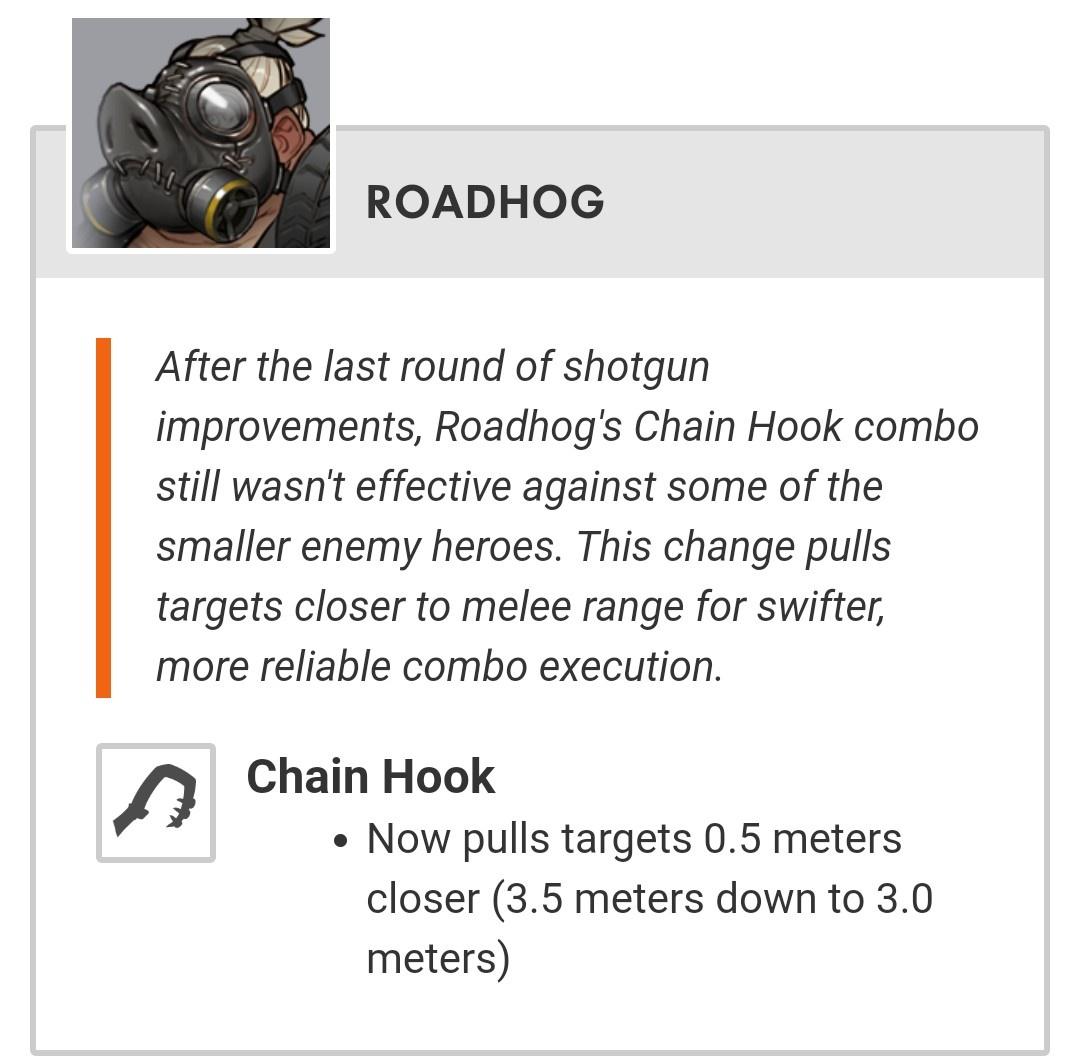 ^ Whoah, I saw this exact suggestion on the forums yesterday

For those wondering and are too lazy to go searching:

Ashe is still a bit too powerful, but we’d like to keep her rifle feeling impactful so we’re taking some power out of her Dynamite ability.

- Explosion damage reduced from 75 to 50

Baptiste generates a majority of his ultimate charge through area-of-effect healing. As we reduced area healing values recently, we’re also scaling down the cost of his ultimate.

After scaling down the damage output of McCree’s primary fire, we’re looking to give back a bit of power through improvements to his abilities.

- Can now be activated in the air
- Distance increased 20%

Increased projectile speed will help Orisa’s weapon feel more responsive, reducing the need to lead targets. We found that recent adjustments to Orisa’s abilities were more impactful than we originally anticipated and have increased her armor to compensate.

After the last round of shotgun improvements, Roadhog’s Chain Hook combo still wasn’t effective against some of the smaller enemy heroes. This change pulls targets closer to melee range for swifter, more reliable combo execution.

Back to spamming Zarya then!

Just need a bit more love for sigma/D.va and tanks might be actually totally balanced

where are the mei buffs?

Every hero being nerfed actually made Dva meta again, because she doesn’t get melted anymore.

I can definitely see the game shifting towards a more healthy state with a lot of the underperformers being buffed and the most unbalanced part of Ashe’s kit being nerfed! A good set of changes

I like all of these exp changes. With every patch we keep heading in the right direction, great stuff!

You guys never seem to learn. 1 step forward 2 steps back

Thank you for looking at our suggestions!

While overall this is a good patch, I have few concerns.

For Baptiste, this is the wrong buff direction, we all remember the days when Baptiste had his ultimate everytime, and we were all waiting for that Wall to leave to engage a fight, used like a time killer, scared of that being back now.

For Roadhog, this is a very bad direction, you guys need to bring his damage to 6.XX, with 6 dmg/bullet, he doesnt even one shot a Sombra literaly stick to her on a headshot, go try for yourself on Training range people. If the enemy hooked gets healed up during the hook, then we have the same issue in the past, he doesnt oneshots…
He is still and still will be after that patch worst than before the Hog buff patches ago.

I’m not entirely sure the Bap change is going to do much, but everything else looks great to me.

For Baptiste, this is the wrong buff direction, we all remember the days when Baptiste had his ultimate everytime, and we were all waiting for that Wall to leave to engage a fight, used like a time killer, scared of that being back now.

He’ll just be building ult at around the same rate that he was before his Regen nerf (maybe even a little slower). I believe this change was to simply compensate for his now lowered healing output.

For McCree, Im scared of that stun duration increase, he will be able to land 2 headshots on a single Flashbang

He can’t. He could only do that when he was McMachineGun