Still I hasn’t owned Zagara yet but would be received after either Lucio or Rehgar (I have taken Lucio first).

Because that is betrayal in the book StarCraft: Evolution as we know Abathur still have presence for any game modes (except ARAM mode which was disabled) with any of PHTV presenters can still offers in something.

If the next balance update had taken I will replay Zarya and the rest of the primary Leaders (with exceptions of Nova and few others, as Nova will play again as long would be another rework, Valeera also can revisited).

Because I offered that owned any of StarCraft that almost all of anything Zagara will be purchase after Lucio.

I’m impressed with the humbleness to disable something that was a mistake even after the community flamed the heck out of it.

Additionally, I really appreciate the sneak peak of the patch notes before they come out. If this was a more common practice, I feel the reworks coming out would be of a higher quality. The community could give some constructive (and maybe not so constructive) feedback on the hero changes.

So thanks for this

Would be nice if we could get some newer heroes in the Nexus.

They didn’t implement some magical system that suddenly allowed them to block Zagara from being picked. They clearly have enough people working on them to know what to change in the next live patch.

Disabling Zagara doesn’t take a live patch to require lots of man power. This was always in the system and a thing they can implement on the frontend any time they wanted. They’re the ones that have all the data in the initial weeks to show how royally they did or didn’t screw up on balancing.

If I go to a restaurant, and the restaurant cooks something a little under, I probably won’t say anything. If they plop down a piece of raw meat like Zagara, and then take 2 hours to refire a new one, or at the very least not take away the raw meat, saying that is not cool, is pretty generous. Even if for some reason we give the restaurant the benefit of the doubt, that they’re backed up in the kitchen, or undermanned, you have every expectation to still express your displeasure.

Regardless, I’m grateful, but it really isn’t cool.

Disabling Zagara doesn’t take a live patch to require lots of man power. This was always in the system and a thing they can implement on the frontend any time they wanted. They’re the ones that have all the data in the initial weeks

I never said it took a live patch, I said I’m not in a position to comment on how fast the team can respond to any given problem. They can have all the data as you suggested and it might be a relatively quick fix, it doesn’t mean they had the time to even look at the data, let alone address the problem.

I feel like that’s a bit heavy handed nerf-wise. Yeah it needs a nerf, but:

Pretty sure that just makes any baneling-related talents useless instead of slightly less powerful. I’d rather see a bit of a nerf to the range. I think it’s less of a massive annoyance if zag at least has to be in your vision range to hit you with them lol.

It isn’t cool to take one month to disable her.

My guess is that they have been working on fixes for her since early on, but due to … um … circumstances, it has been difficult to get the patch completed, tested, QA’d, localized, and all, in the time they would have hoped to get it finished. For all we know, it could be a case of, “We are almost done, the player base can wait a couple days.” Then they finally reached the point where they accepted it wasn’t almost done, so had to take drastic measures.

Yes, I too wish this had been done sooner, but at least I can imagine a situation that would lead to what we see now.

Well the part you quoted is about disabling. You’re talking about a live patch. I can be sad about not having the latter, there’s no excuse for the former.

You’re talking about a live patch. I can be sad about not having the latter, there’s no excuse for the former.

My point was about disabling. They may very well have thought there was no need to disable her, as the patch was about to hit “Soon”. Then they realized that “Soon” wasn’t actually soon enough. For all we know, there was a hotfix ready to go live a week after her changes, then it failed in QA. So they did more work, and it failed again, and so on. It took them a month to realize that the easy fix wasn’t actually easy.

It reminds me of all the armchair programmers/developers who infest all sorts of software related forums that insist that their pet peeve change must be easy!

If the hot fix truly failed after a week, then they should have disabled her then. If they didn’t think she needed to be disabled, then that’s a question of their judgment for something that can instantly provide harm reduction that requires basically no coding or testing.

Those armchair programmers usually talk about actual changes. Disabling Zagara isn’t a change, it’s just a flick of a switch on the front end.

Well thank fk blizzard. Thank you. She was a very brain dead toxic character and was in practically every single game.

Reduce the range of her banelings too please and the percentage dmg roaches. There’s no need for neither of these and she shouldn’t be able to safely launch banelings at you like two screens away

If the hot fix truly failed after a week, then they should have disabled her then.

Probably, aye. But it has to do with vanity. Nerfing her later is admitting that she was overbuffed. Completely disabling her is accepting that they GROSSLY overbuffed her, which should preferably be a last-choice-only-in-emergencies-thing for them.

I was quite happy to see her disabled so I don’t have to deal with her all the time in QM and ARAM.

Also lol @ all the people coming and saying how only idiots would get hit by banelings and.
I guess structures, minions, mercs are all idiots, because that was part of the problem; her insane PvE power.
And it’s not rocket science for a Zagara to shoot in a way where it either hits a hero or something else.
And sure, if you are playing Hanzo or Li Ming and you get hit by banelings while not being CCede by anything else – that’s quite unnecessary.
But it’s quite easy to get hit by banelings in other situations. Such a nonsensical argument, implying that Banelings never never ever hit anything but plebs.

I guess structures, minions, mercs are all idiots

Those things should all learn to stutter step, lazy minions always taking breaks to gossip. 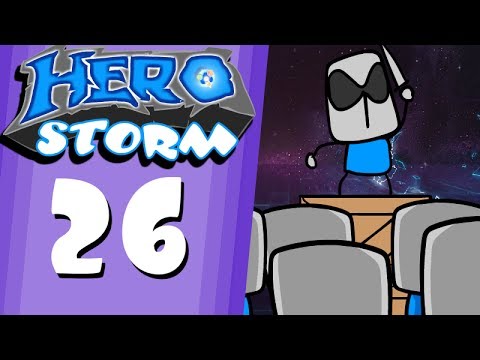 I wish they had a brawl with smart minions to test that. I genuinely think one of the biggest problems in the game is soaking is too useful for how little skill it takes.

I realize that this Carbot clip might be a hint to the animated series “Beyond the Worlds”, because it follows the story of a minion as a main character.

A minion based hero, when Blizzard!? Or is it Raynor? 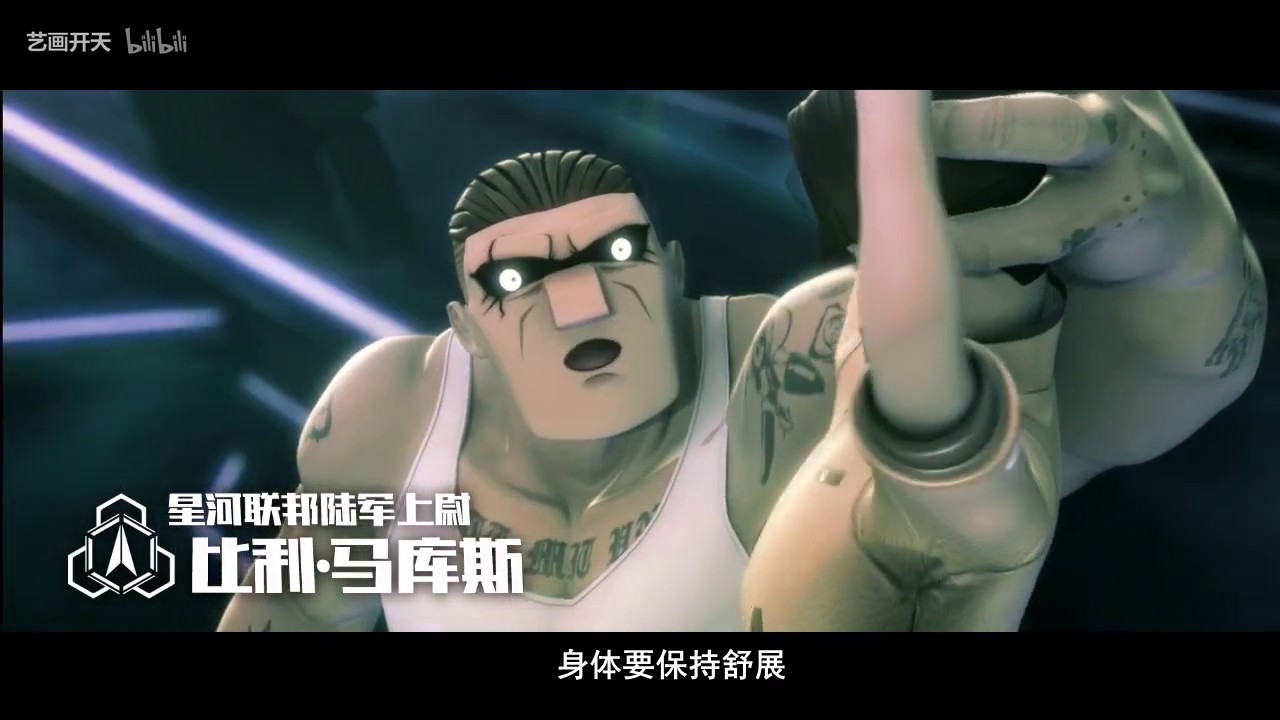 Could be the next Nexus Anomaly. Smart minions.

Actually, I kind of agree with SMILE here. 1 month is unacceptable considering this can be hot fixed in an hour with the proposed changes from the Blizz post.

I get that it kind of sucks for people to jump in the thread to complain, but an entire month of disabling a hero because of balance is really unacceptable.

It’s not like she’s broken (as in programmatically… IE the code), she just needs a numbers pass and they have more than enough data at this point.

It reminds me of all the armchair programmers/developers who infest all sorts of software related forums that insist that their pet peeve change must be easy!

I’m a software developer with a B.S. in Computer Science and I still think it’s easy. 🤷

It’s not like they’re fundamentally altering her design, here. They could just disable the talent, change the numbers, then push it to live.

It more likely has to do with staffing, not some technical challenge.

I’m a software developer with a B.S. in Computer Science and I still think it’s easy. 🤷

It’s not like they’re fundamentally altering her design, here. They could just disable the talent, change the numbers, then push it to live.

You having a B.S. in Computer Science isn’t the same as you being a current developer for a big game.

And by your logic, all balance changes should be incredibly quick and easy, as long as they are just numbers. So are HotS devs all collectively just not doing their job, then?

I’m guessing it’s more akin to what Hoku was talking about.
It just might have gone like this:
They didn’t see it as a big problem right away — players tend to overreact to everything. They would usually need some time for the changes to settle and the overreactors to get bored.
But as time passed on, say 1-2 weeks, the complaints were still around and her winrates were going up more than expected. Okay, so it’s time to consider nerfs → Time for a brain storming session / complaint reviewing / replay analysis to see where the problem is.
They use a week to think of nerfs, then make the changes on their internal computers for Quality Assurance testing. But it wasn’t sufficient or maybe it was too much nerfs in one aspect that didn’t solve the overall problem.
→ back to brainstorming, another week goes by. But in the interrim, complaints have increased and so have winrates – the problem is bigger than they expected. They have noticed that some players who know and understand Zagara have absolutely ridiculous winrates in QM and that she has been figuratively permabanned in SL, except the few matches where she is allowed to go through where she then becomes the winning factor.
They go back to brainstorming, but with a harder nerfbat agenda. As they’re brainstorming, they come to the realization that this problem was bigger than they thought and has been around for longer than it should —> Disabled Zagara.

This is all speculation of course.

I just prefer to give them the benefit of the doubt.