It seems a lot of folks are having issues this season. This problem has been around since PTR and Blizzard has acknowledged the issue, and even asked folks to send debug files. At one point (I think Aug 2020) they requested folks to STOP sending data.

All the post I have read provided peculation and possible fixes. I can attest that I have followed EVERY suggestion with no actual fix. Even though I have a 64 bit machine, I tried running the game platform on 32 bit; negative results.

I am a WW barb and have experienced freezes in solo GRs, as well as, group GRs. The 4-man group I run with, we do 115+ and as Zbarb experience 5 or more freezes per GR.

All my freezes have occurred (even solo play) on GRs above 110+. I can run rifts and bounties all day without experiencing one freeze, but doing high GRs, the freezes are constant.

I agree with most posters, that Blizzard support has not responded to this issue in quite some time (the last post I saw from Blizzard was Aug 2020). With all the talent Blizzard employs, it is hard to believe that not one dev has any clue to this problem, or if they do, why there has been no posted update to how they are progressing on the issue.

In my humble opinion, D3 hasnt been a money maker since the last DLC and is now probably minimally staffed while the dev force is on D4. This issue has probably been labeled, “We’ll get to it when we have time”!!!

To recap, the Firebird Mirror Image issues are:

Despite hundreds, if not thousands, of reports over the past several weeks, these issues apparently have your team completely baffled. (Either that, or you just don’t care.) When this stuff comes up and goes unresolved for so long, it gives me serious concern about your intellectual capital. If your people need help, there are lots of talented programmers in the community - maybe your team can do a screen share with one of them to get the help they obviously need.

I know your typical response time for game-breaking issues is “years to never,” but any chance you can make an exception and take a serious look at these?

Considering the dozens of threads and multiple weeks of nothing being done about the freezing issue, I take it that this is just never going to be addressed because your staff are either too lazy, or too stupid, to do anything about it. I guess that’s fair considering all the talent Blizzard once had is long gone and you’re just working with the leftovers now. I’ll be so happy when Dreamhaven launches a new game. I have a feeling they’ll do a better job addressing game-breaking issues because they seem like a company who actually cares about their products and customers.

Correct. I paid money for a game that’s currently not working correctly, so I want it fixed.

we all understand that Diablo 3 team was disbanded, most of the devs are now working on Daiblo 4 and Diablo immortal, the small leftovers that work on Diablo 3, is a few people that just keep the servers alive, and add a few tweaks every season. So i dont expect major fixes in a day.
But seriously many seasons these freezes happen ??? They have to compeltely stop the entire development of season 24 right now, and focus on fixing the issues with freezes, who the F cares about season 24 or 25 if the game is unplayable now and later ? Fix the freezes now!

A hotfix was released earlier today to address the Firebirds Set / Mirror Image issue reported in this thread.

My firebirds wizard is still lagging today during most battles.
My system is an 8 core 5 ghz intel with RTX 3080.
Something is still wrong.

Done some testing as well, then thought how did they patch it? Checked my D3 directory and the only file that has been updated is fmodex64.dll and that’s purely because I use the soundbug fix. The file version has not changed since forever.

So out of interest how was a hotfix applied, was server side? why did the servers not reset during gameplay yesterday?
If it was pushed to clients, why did we not get any new files?

Some more questions -
What did they find? How did they fix it? We as a community would like some meat on the bones so to speak, we have showed incredible patience over the last 2 seasons with non stop bugs, game breaking bugs!

Maybe putting this thread and the Soundbug thread into the BUG section might actually help get the problems looked at.

Clearly something is wrong at Blizzard with regards to feedback, bugs and customer service processes. I for one will not purchase any more products off Blizzard until things improve on a major scale (Fan since d1)

Say no more, cant play with sound still and much worse with wizards. I was in group for bird runs.

It was never about the wizard. A lot of people came back to try the new FB set. Many hadn’t played in some time. So a bunch of wizards were complaining about freezing up and lag and made it appear as if the wizard set was the culprit. In reality, it’s the same issue going on for a few years now across multiple characters, solo and group.

I mostly find the worst issues occur during bounties with freezing then having to restart my computer and losing any bounties that have accrued thus far in that game.

Doesn’t there team have “that guy” that can go through code and find the problem? It would appear they do not. If they’re going to announce a fix, they should have at least got got on a character and tried the darn thing out.

They are still refusing to fix their buggy fmodx64.dll. This is UNBELIEVABLE: Nothing has changed regarding to the freezes! NOTHING!

I am still experiencing this issue.

I’m getting 10 seconds of full freezing the game since yesterday with my firewbird wizard.
It was no problem but a bit laggy from start of season, until i turned sound channels to 8bit/16bit but never had these full freezes.
Since yesterday i get a full 10 sdeconds freeze and die.

Well whatever you did, it changed exactly nothing: 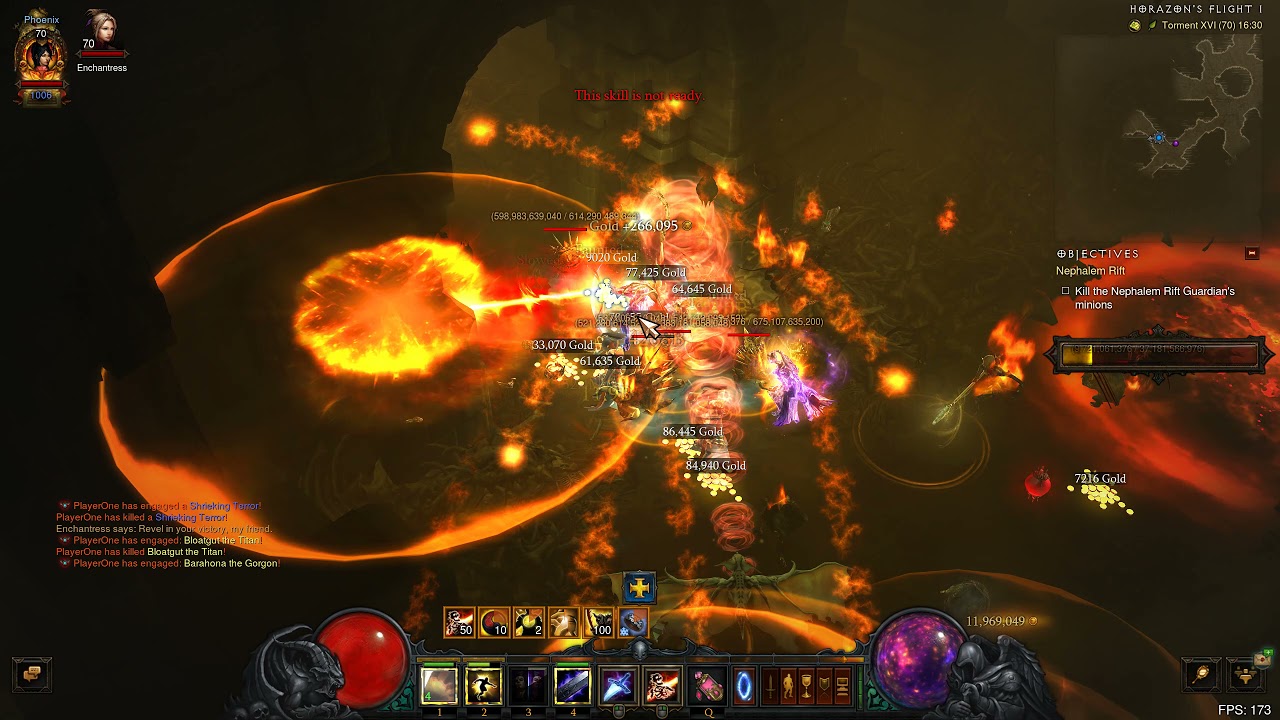 @PlayerOne It’s the fmodx64.dll problem they are not able to get fixed. Just replace that file and you have no freezes anymore. The bad news is that you wil have no sound then…

@PlayerOne It’s the fmodx64.dll problem they are not able to get fixed. Just replace that file and you have no freezes anymore. The bad news is that you wil have no sound then…

You don´t need to, at least for me it is enough to disable sound, but I do not want to play without sound.

A hotfix was released earlier today to address the Firebirds Set / Mirror Image issue reported in this thread.

Did not help. Just had another 10+ sec of the game being completely frozen after using Mirror Image, and again when pressing “Esc” to get into the menu.

Also, just to be clear, my issue seems to be different from PlayerOne’s video. When I use MI, I don’t get lag - the game completely, 100%, freezes for 10+ sec, and my cursor even changes to the the spinning circle like the game is ready to crash.

Blizzard wont acknowledge the issue, and I do believe the issue is the same as last season (FMOD out of date), just we notice it more on wizards as many have rolled to test new setup.

Maybe the Dev’s should visit FMOD forum and see how they can update their version, we Blizzards resources it wont take long.