The Rogue is back!

D3 offers much build diversity on the non-meta spectrum.

So many no one played ) When people talk about “build diversity” they always mean playable effective builds, not fun builds which can be crazy but too slow, too fragile, etc etc.

So far D4 gameplay is exactly D3 gameplay and it won’t change, so we can expect same build diversity as D3 had back in 2012. At least on start. The only thing Im hoping for is that D4 will avoid terrible CC effects that keep all monsters permanently piled and stunned which is a D3 plague for a long long time. They should be extremely careful with that.

So far D4 gameplay is exactly D3 gameplay and it won’t change, so we can expect same build diversity as D3 had back in 2012

Not that I agree with either, but if it were true that D4 plays like D3, that in no way relates to build diversity. I’m not getting a D3 vibe from any of the characters and this is coming from a hardcore D2 fan. So far I’m mostly impressed. Do I like the machine gun bow up close? No. Do I like all of the cooldowns? Absolutely not, I can see the issues from a mile away. The thing is, not everyone is going to like everything about every character or mechanic. Overall the game looks fun and true to the feel of Diablo.

looks fun, wish they called it assassin though, much more cooler name imo

So many no one played ) When people talk about “build diversity” they always mean playable effective builds, not fun builds which can be crazy but too slow, too fragile, etc etc.

how many effective builds did d2 have related to overall builds? not that many either i would guess, and i think d4 looks to absolutly nail this. but im with you on the last part, i really hope the meta in d4 wont have supports included.

I was super excited, I did several topics, I tried to give as much feedback as possible.

But what I’ve always feared has happened: Diablo IV is just Diablo 3 in “new” clothing.

how many effective builds did d2 have related to overall builds? not that many either i would guess

I didn’t say a thing about D2. I just keep hearing how people talk about “numerous builds”, but it all ends with just 10-15 effective ones (2-3 per character) and that’s it. In all ARPGS. D2 and PoE, though, because of their versatility allow very expensive unique builds for very rich top players (like melee-sorc-bear build in D2).

no but it was just something to compare against. i hope they succeed in making alot of viable builds for each class.

I hope we see traps. 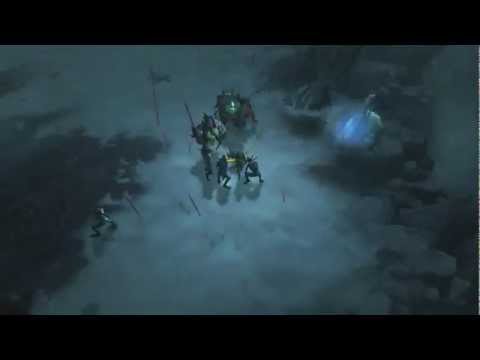 That’s the Demon hunter.
This is the Rogue. 10 minutes of her. 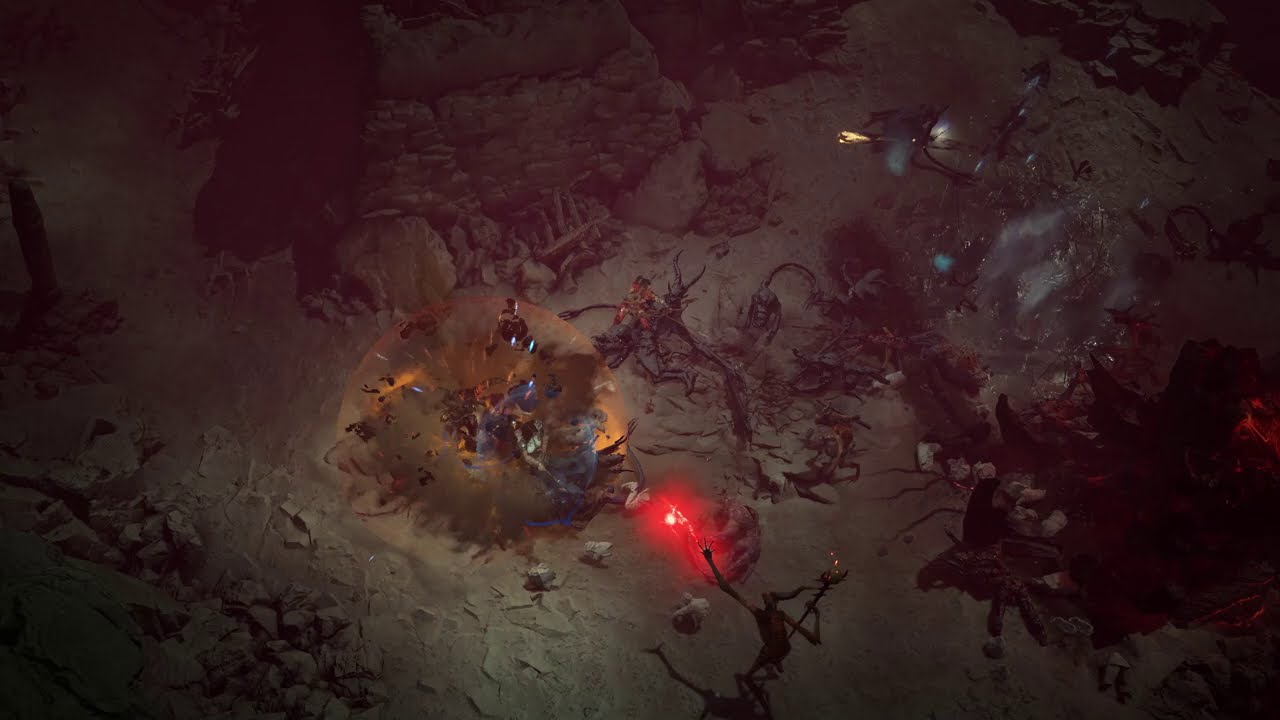 D’: noooo. I don’t want another DH this is very sad news to me. I did not connect with the DH and I don’t think it goes very well in the Diablo universe. To me it’s more like a sci-fi shooter apocalyptic character than a medievalish warrior. I hate how the DH is so ADHD and it’s all exploding and flashing. The Rogue class needs high mobility, but it doesn’t mean it should have impossible abilities like shooting arrows and caltrops, rolling and slicing enemies in a matter of 1 second. I think it’s not realistic nor fun when everything happens at the same time (and as a trigger to another attack)… There’s no finesse in there in my opinion, it’s just a chaotic tornado. If I were a rogue IRL, I’d want to use both range and melee weapons at the same time, otherwise you’re not as polyvalent a fighter. So I don’t mind the use of a variety of skills switching between range and melee weapons but this needs to be done in sequence, not all at once… try shooting an arrow while throwing knives. I liked the rogue in Ragnarok online, where, for instance, you needed to use stealth or position yourself properly to be able to use the skill Backstab. To me, THAT is finesse…precision of gameplay in order to apply more surgical or devastating strikes. I think the rogue should focus more on that : how to position itself properly for one specific type of attack instead of doing everything at once with high mobility… while having a very tenuous relationship between position/mobility and types of attacks/impacts of such attacks.
I really wanted the rogue back as a class in D4, but the DH direction it’s taking is the most underwhelming path you guys could choose, turning the sweet mostly into bitter. Give me some cool abilities like powerful single target shots, backstab or throat slicing, some kind of capability to become half transparent and slowing monsters ability to follow your movement or to hit you successfully / or walking silently and be able to sneak or ambush monsters, kicks or sweep the legs to drop ennemies, opening their defense and open a window of opportunity for critical strikes (using either bows and arrows). I don’t hate the kind of Multishot skill that was presented (where shadows of the rogue shot in a kind of row), you could expand on that and be able to modify the skills so the rogue does not shoot in a line but circles its enemies and shoot at them, like an ambush of some kind… Then this skill would again favor where you position yourself for a more devastating attack (if it’s how the player wants to develop the skill), the attack being less damaging at the circonference than in the center, where the arrows all converge.

I can’t say the gameplay look was very roguelike to me. Maybe that is the style now I guess, but to me it looks like an edgy zoomer running around hopped up on too many energy drinks on fast-forward. If you want to give the player a machine gun, give them a machine gun, don’t give them a bow whose animation is faster than a machine gun.

The gameplay and animations are too fast to be visceral in my opinion. The first thing I think of when I hear the word “rogue” is not “fields covered with arrows and throwing 200 daggers at once and jumping through monsters tearing them in half like that tired, tired animation of Kerrigan from Starcraft 2”.

These are, of course, just my opinions. I’m very glad to see Diablo 2 coming back, because from what I’ve seen so far, D4 isn’t something I’d be very much interested in playing - too annoying and jarring for any real suspension of disbelief or involvement (for me, at least).

Out of all the Marvel movies, I felt the best fight scene in any of them was the fight between Captain American and the Winter Soldier, just after they got off the highway and Cap came charging in to save Black Widow. THAT felt very cool. CGI people shooting sparkly crap out of their wavy hands - not so much.

If I understood right there are two big differences:

But that’s it, Diablo IV is innovating, you can believe that.

why´d they make her an uggo tho? modern miserable canceling woke feminists now have their eye on this IP?

all the character-appearances are crap of late.

this isn´t the type of realism Diablo needs.

i better have a hell of a set of customizing tools when it comes out.

I actually loved the Rogue class in the original Diablo, but I played her very much like a magical archer. I really enjoyed that you could teach them magic in the original. I really enjoyed the Amazon in Diablo II as well. (I know that it won’t happen, but I would love to see a playable Rogue in D2 Resurrected.) Unfortunately, in D3 I didn’t enjoy the Demon Hunter nearly as much, and tended to choose the Wizard. I did enjoy Leah’s similar vibe to the original Rogue though, she definitely felt like a nod to the original in that regard. I am really hoping for a return to form with Diablo IV. Actually I would love it if all of the classes could learn some basic magic from scrolls again. Certainly not in the same avenue as the Sorceress class, but basic elementals and maybe a heal or something? Not sure why I enjoyed that mechanic so much in the original.

Thoughts on the Rogue?

One last thing on a possible return of Multishot

There is definitely a likeness Demon Hunter players will notice when they play a Rogue, but players will also notice some of their favorite tricks from the Assassin as well. The Rogue is swift and deadly, with unparalleled versatility. Super satisfying gameplay.

Nice to hear that. but please keep it simple and grownded to plausibility. do not take the “over the top” road present in D3…
I like what I am seeing so far, like the physicality during the bowstring tension, the timing and the animation overall.
good pacing and strategic thinking are what this game need

This class seems awsome, but it looks like something is stuck in her butt while running. The DH from D3 looks much better, imo.

but players will also notice some of their favorite tricks from the Assassin as well.

It´s more like, that the Dash and fast hits, reminds me more of my Monk

For Assassin, you would like to add more of the Trap-Factor into it, with Corpsexplosion and Shadow/Poisen-Explosion with a huge Slow