The CM is looking for some Diablo content creators

Thanks buddy, that means a lot

CMs now that you are receiving so many good links for players who still support the community, are you planing anything special for us? It’s okay if you drop us a few crumbs, we will not tell Bobby K. We did our part, now it is your turn.

Diablo 4 Alpha is going to expand soon (or soonTM).

Nope. Next up on the release schedule is Immortal. 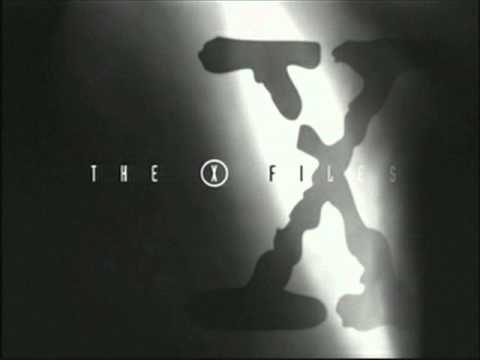 Well since you asked! I just made affiliate last night and stream D3. https://www.twitch.tv/seattlewitch

You and the community have my greatest appreciation. We have a few things baking right now to support the players, content creators, forum contributors, etc.

Followed - Ill catch you on your next stream!!

You and the community have my greatest appreciation.

Thank you very much, Diablo has a great community. However, the majority of the content creators do not post on this forum because it can become very toxic. So, use a wide net when you are looking for people who have constructive things to say. Don’t let the fault finders get to you they will always be with us.

Another good site is: diablo.blizzplanet sorry it will not let me use the link, I am not worthy.

Rhykker would definitely be interested in chatting with you.

He regularly has other people from the community and other content creators on his stream (like recently he had Raxxanterax and MrLlama on his stream) and he also interviewed David Brevik and David Kim (and a few other Diablo devs as well iirc), so I am sure he would be delighted to talk with you as well.

I would suggest to just contact him with your request via reddit or twitter (he is not active much on facebook). I visit his stream regularly and moderate his subreddit, so tell him that I send you if you want, if you contact him.

and moderate his subreddit

Nifty. I was not aware you were part of the Diablo Reddit community. I know Thunderclaww and Menagese (main Diablo reddit) from several Blizzcons. Now I am wondering when I met Rhykker if I also met you without knowing!

cool activations for the future

This is what the Diablo community has been asking since a very long time - improved communication and engagement. It’s nice to see Blizzard have taken the steps in that direction.

This is what the Diablo community has been asking since a very long time - improved communication and engagement.

You might not know this, but Nev was in contact Rhykker and several of the streamers quite regularly. That is literally part of the job of the CM. Of course, that gets to the reason most streamers don’t come to the forums. Some of the forum posters get angry that streamers get ‘special treatment’ so they hate the streamers. D3 used to be pretty bad about it but has mellowed over the years. Regardless, when Blizz does do something like have a streamer play D2 and link to the stream on the launcher, or pick a D3 streamer to hightlight at the start of the season - the forums never fail to make a complaint thread.

I was not aware you were part of the Diablo Reddit community.

Yeah, I am also on reddit. I moderate a few smaller and medium large subreddits and sometimes also post on r/Diablo and go into extensive discussions there when I feel like it,

I only met a few from the Diablo Formus on reddit so far.

No, the only Diablo related subreddit I moderate is Rhykker’s. The Diablo subreddit is significantly larger.

Now I am wondering when I met Rhykker if I also met you without knowing!

No, I doubt that since I never was at a Blizzcon and I am not that big of a content creator or big fish that I got invited.

Oddly enough, no. I don’t have a reddit account at all. I do browse them from time to time to keep up with the general hot topics though. I also don’t have any other public Social Media at all. No FB, Twitter, Insta, etc.

I am not that big of a content creator or big fish that I got invited.

I am trying to think who has a bigger following, and was invited…

Spontainy, Lynxaria, Leviathan, and Rhykker were there in 2016. I know Levi was there other years too but he has a pretty small stream compared to Rhykker and others. Some of the other smaller streamers were there too, but were not invited by Blizz/featured by Blizz. SvR, WolfCryer, etc.

I am sure I simply don’t remember others. There are something like 35k people at Blizzcon so it is kind of hard to keep track.

Rhykker, Bluddshed, Quin69 are the first coming to my mind.
Lately i watched Game lore dash channel on youtube, he’s nice to watch and dive into more Diablo lore.
I would consider “content creators” also people from this forum that brought a lot a cool ideas, concepts, even worked on images and art of their ideas like Gimpzor and evil.

It seems to me what FilthieRich hinted at is that there will be some new “treatment” not only for the streamers. We’ll see. It can’t go wrong when you interact with your community and take into account what your dedicated players have to say.

The official forums (aka this place here) have to be their priority in the news sharing compared to social media and non-official forums. At least that’s how I see things if they want to build a bigger community on their own forums.

s if they want to build a bigger community on these forums.

I am not sure the official forums are the target group they are aiming for growth with. Not that they want to discourage it, but they are well aware people have moved on to other platforms for gaming discussions. Reddit, twitter, discord, etc. The CMs also usually have relationships with the folks who run those too want to see those platforms be healthy places to bring people together too. (edit - this last sentence is too much of a mess to fix. Holy “too/to” batman.)

I am old and set in my ways, but not so antiquated as to think the forums are a draw for most people anymore.

CM engagement has to be where the players are - they to to them where they want to be.