One dev left on balancing D3 according to Quin 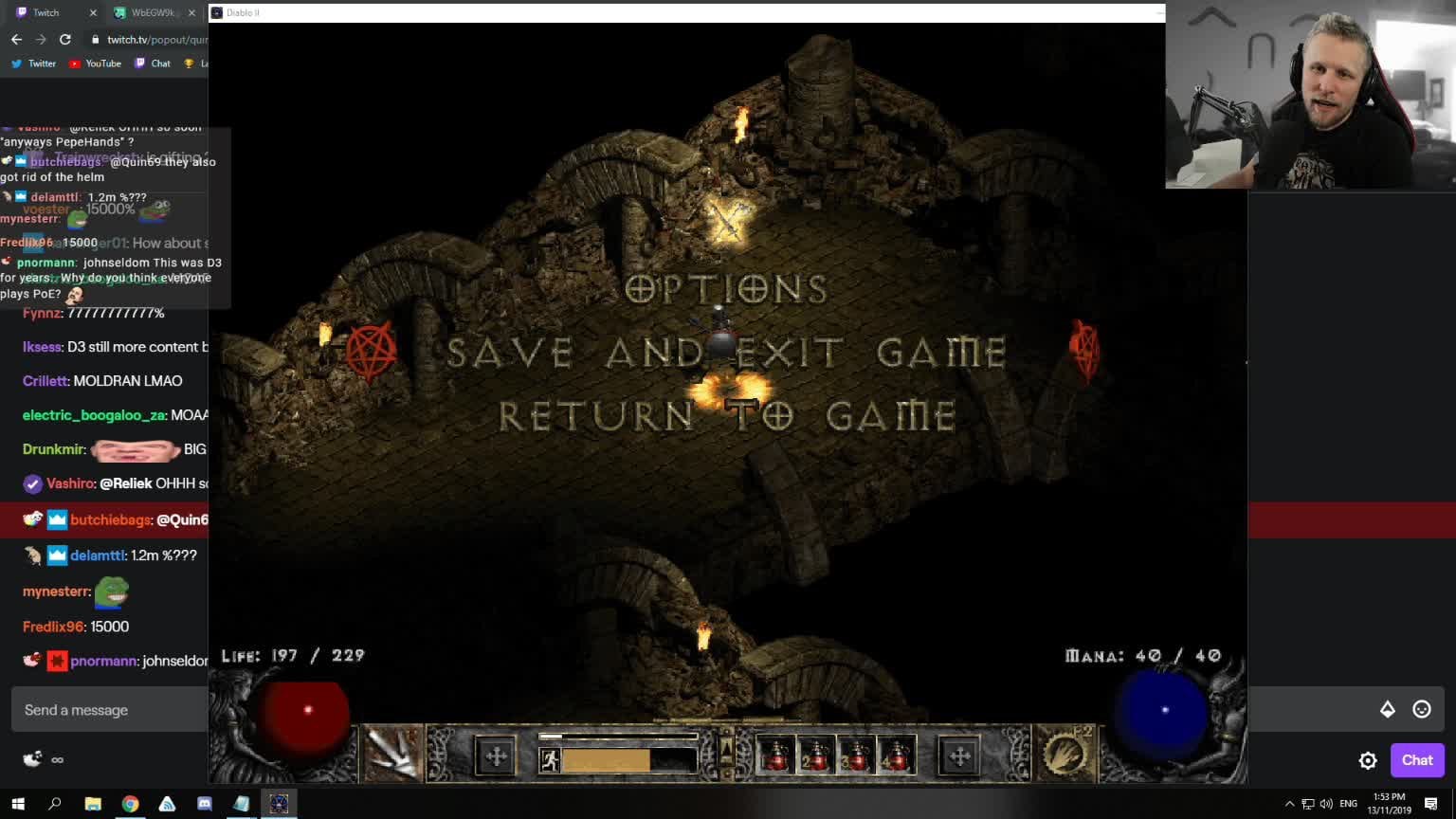 r/Diablo - ICYMI: At BlizzCon, Quin69 confirmed that there is literally only one...

It is a clip of Quin talking about that at Blizzcon he met “the one guy who is left balancing D3”.

I am not sure if this is actually the case, but if it is true, we know at least what changes we can ask for that are reasonable and what goes beyond that.

Anyway, kudos to the (apparently) one guy who keeps balancing D3 and the rest of the D3 team.

this is the part that fear me for d4

1 guy working on d3 and all other jump on d4

this maybe explain why the d4 combat look like d3

I don’t mind if the combat is similar to D3’s. Everything else needs to be more like D2 though. D3 did a great job at using a plethora of resources to make sure the game was shiny and polished, the devs bombed though and the systems are trash.

combat is the best thing about D3 tbh…

now that the game is made, it should only take one guy. Enter file change value. He might also be a volunteer and only update in spare time which is why changes are small.

They are adding new sets. Not to mention, if you just go and change a value you get the crusader clearing GR 150 with a newly released set and lower than average auguments and gear quality.
Balancing is an effort that requires multiple people.

Multiple people is what the ptr is for.
I used to play at private d2 servers and there was only 1 programer at any one time. He could do a lot in a week and having a full time job. Far as the new set goes, one person could have been working on that all year not just between season 18 and 19
Money is made with D3 all the work is being done to make new products.

combat is the best thing about D3 tbh…

This. D3’s one huge saving grace is the combat. It’s smooth like butter. It’s the one reason I cannot play other ARPG games; the combat in them doesn’t feel good like D3.

After 7 years, I’m happy if D3 had any developers dedicated to it still.

Yo, i know this is interesting stuff but that guy might regret telling quin so much… if the last dev gets fired, we are screwed boys.

Please stop making comparisons when you know nothing about the subject matter. Just one detail to make you stop talking bs, how many programmers do you think are also working with 3D modeling and graphic design? Add to that the ignorance you show regarding the complexities of programming and it’s clear that one person would never be able to do everything required.

And this is not me just defending blizzard, I’ve been critical of their bs when it’s deserved. I just don’t like silly, misinformed arguments to stand as fact.

The OP title and post on Reddit that was linked on OP is misleading. On Reddit, and if you actually watch the twitch clip, it’s clarified that it’s one dude who’s working on balancing. So balancing wise, it’s just one dude, but obviously there are more people in the team cus there’s art to be done and all that jazz.

Nope, never. For any oroject, no matter how small the must be those positions:

like, there are so many problems with the shallowness of diablo 3’s combat compared to d2.

example, nothing stuns.
so, you can run anywhere all the time.

Super bad combat, and monster’s not slowing you down when they attack, and/or having a melee or ranged physical attack, is a major oversight.

Like hey d3’s combat is soooo amazing?
How come you can just run around and cherry pick elites?

Exactly why d3’s combat is NOT some magnificent creation.
It is flawed at it’s core, and looks shiny.

I would take that to mean one person from the D3 dev team helping Classic Games with the updates.

he met “the one guy who is left working on D3”.

He’s just being funny as always like waving that PoE hoody on Rykker’s Blizzcon video, as MeganeSenpal posted there is way too much work for any individual, its a team effort even if some are supporting more than one game.

could I believe one guy from the original team is left, but there are other people (interns and the such) working on D3? Absolutely.

Could I believe there is only one guy in the room without any help? Not really.