I’m delighted to share with you soulstone.gg – a new website for console-specific builds and mechanical differences of the D3 console version. The website is still a work in progress but you can already find there valuable information. I invite you to visit it and join the Soulstone community! discord.gg/soulstone

Very interested to see where this goes. Only 1 build on the site so far but the breakdown is great.

We plan to add there also LoD poison scythe necro and WW zBarb. If anyone knows of other console specific builds, please don’t hesitate to reach out!

The “secrets” section will cover all the known differences, i.e. Nephalem Glory. Same here – please let us know if there are additional differences you are aware of. There is additional content that is still on our discord only but it will move to the website in the upcoming days. We hope this will be the place to gather all known console-specific details!

The one major thing I’d probably add (as I’m mainly a season starter only), is massacre bonus differences.

Not only is the number different, but the mechanics work differently too.

In terms of mechanics, on the PC, the bonus XP you get is:

On the Console, you only get the Base Monster XP. 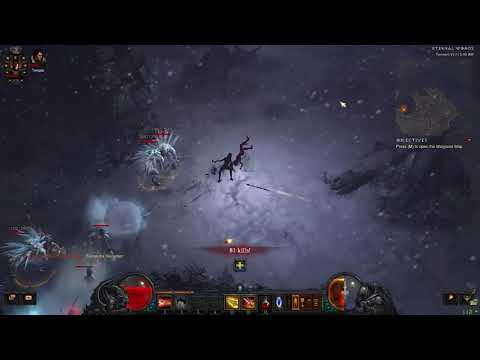 All in all, when leveling, up to 80% of your XP will be based on massacre bonuses, whereas on the console, at best, only 20% will.

Halls of Agony Traps Leveling works differently on the console. On the PC, they tend to scale in damage, so you can bring a Level 1 enemy and a Level 15 enemy, and they’ll still 1-3 shot them. On the console, they’re stuck to whatever level they first strike on. So, if you’re trying to do Trap Leveling, you’ll notice that if you gain a few levels, all of the sudden the traps become useless.

On the other hand, the fire pits seem to be the reverse of this. They barely do any damage on the PC, but they’ll kill anything, including elites, no matter how many levels you gained, and the monster level.

Wow! It’s been months since I saw anything even remotely useful on this forum and reddit subs…and here it is! Thanks for sharing!

It is still fun to get, though.

Does anyone have an actual breakdown on spawn rate from cursed chests? I do know that there is a big difference which makes things like a certain conquest very difficult, even with a proper build, especially solo.

Oh, and another difference I’m not sure was mentioned:

Perhaps explain why the Console build variant is different? People new to D3 on Console copy builds from Icy Veins then wonder why the leaderboards hve different builds.

Perhaps explain why the Console build variant is different? People new to D3 on Console copy builds from Icy Veins then wonder why the leaderboards hve different builds.

There is an explanation at the start of the build. Do you think it’s not clear enough?

And thank you BehindTimes! Such valuable information, I’m adding it to the list!

Oh, that’s good point! Silly question but are the gifts console-specific? I was under the impression the gifts exist on PC too.

I was under the impression the gifts exist on PC too.

There’s no such thing on PC.

There is an explanation at the start of the build. Do you think it’s not clear enough?

It only covers half the reason why the build is so good on Console…what about causing lag in the game engine so more twisters are out and damage ramps up?

That being said, MW ignite applies a DoT to enemies and can stack multiple times. This causes a significant load on the processor. It can be achieved with only 10 enemies. The frame rate drop essentially brings the game timer to a screeching hault while still allowing the wizard to cast twisters. At normal frame rate of 30 seconds and an attack dpeed of 2 aps, a wiz can only have 12 total twister active at any hiven time. With the forced frame drop, the FB twister wiz can get 100+ twisters out. See the problem? While frame rate is dropped, the twisters essentially dont move either, allowing the wizard to stack 50 or so teisters on a single elite, even out in the open. The linked video above demonstrates this. The issue of frame drop normally exists only in high density and or in group play. The FB wiz is able to achieve this in solo.

Again, I make no claim that the FB set needs nerfed. I do however believe the FB twister wiz on console is significantly OP because of above stated ability to run MW ignite to force significant frame drop."

It only covers half the reason why the build is so good on Console…what about causing lag in the game engine so more twisters are out and damage ramps up?

So because it can be done on console, and not PC, cause of how our buttons work, you think its cheating??

Exploit might be a closer word choice… one that creates poor game play can be a good reason to not promote / proliferate it.

So because it can be done on console, and not PC, cause of how our buttons work, you think its cheating??

Buttons? How does Ignite relate to buttons?
There is a console twister build on the website, one that is capable of doing 150 easily, and does not have the poor QoL of ignite.

more stuff will be added in the upcoming days.

the spawn rate for curse chest is a LOT less, though I do not have actual numbers. But it feels like the PC spawn is a lot more. Just go to YouTube and you can see PC players easily reach over 400 kills before the minute is over solo. While on Console doing the same thing with the same build will get you about 280’s to 290’s kills in the same time, even with crazy overpowered build will only get you a little over 300 about 320’s. Making the 350 kill streak which is a piece of cake on PC nearly impossible on console. There are ways to do it but you have to stay at just the right spot and get lucky, while this doesn’t matter at all on PC.

Besides that PS4 has extra Monsters like the The Last of Us monsters. There is also a special boss than only appears on console The Nemesis.

If you’re interested, we could also i clude HC console builds.

I’m sure me and the people I play with wouldn’t mind contributing to your build guides.