Just picked up D3 about 10 days ago, and binge it so hard. Didnt know about seasons until recently, and I am reluctant to start again, so I am stuck in non-season without ethereals.

Anyway, need some advice on gearing. I can swap around my shoulder/gloves with almost identical replacements.
So the question comes, which 3rd power should I pick? I tried all at one point or another, but cant really tell the difference (apart from elusive being really tanky)

-Frostburn? (I might have to spent some time to augment my ancient frostburn gloves)
-Mantle of Chanelling?
-Elusive?
-COE?

Cant really decide between this… Hoping for some advice

The full set and CoE in cube works fine (maybe best). Night Stalker passive shouldn’t be needed: if you run easy content you can switch Dark Heart to Seethe. The “standard” setup is Fan of knives/Bladed armor (instead of Companion) and then use Numbing traps passive, and also Bane of the Trapped instead of Powerful and Cull the Weak passive. You’re allowed to experiment of course. You can also roll Hungering Arrow on belt for more damage.
You can now start to work on Caldesan augments. Have a Gold farm build for Rifts/keys (with Boon of the Hoarder) so you have gold for empowering Greater rifts.

I switched up the items skills and noted much better performance.

There is a great guide here with lots of variations shown (season, non season, normal rifts, greater rifts etc and a video that shows how it’s played).

Gears of Dreadlands (GoD) Hungering Arrow is one of the strongest Demon Hunter build in Diablo 3, offering a unique Strafe-based playstyle.

i barely bother to monitor the elements, given my attention is all on piloting and managing cooldowns?
Not even sure if I am attacking during the “cold” phase…

You just attack all the time - strafe with intermittent manually cast hungering arrows - unless you’re in a greater rift with few and far apart monsters which will deplete your hatred. Preparation/ Focused mind is for discipline regeneration to keep up smoke screen or Gloom. If monsters die too fast (so you don’t get enough hatred) you can use Seethe and maybe use Mantle of Channeling or Elusive ring in cube if you die too easy (instead of CoE).

Fan of knives is fantastic. But i swapped it out in place of Preparation (wasnt getting much use) - might replace it with Companion at higher GRs instead as I noticed I cant use Gloom so freely.

You are going to want to keep FoK - it’s a massive defensive boost that you’ll need in higher GR and you should make sure you have enough CDR for 100% uptime of that and Vengeance.

If you are running out of hatred, you need to either fire off HA more often or move to harder GR…or, as Jazz said use Vengeance - Seethe to regen hatred faster.

Skills:
HA/Strafe
Vengeance/FoK/Wolf and either Shadow Power or Smoke Screen depending on preference (for speeds I use SP with the movespeed bonus, for push I use SP Gloom for the damage reduction…some use SS Vanishing Powder or the one that drops the discipline cost)

Not even sure if I am attacking during the “cold” phase…

You’re like the majority…I don’t even bother paying attention, but try a bit to work cold on elites. It’s just too good in most cases to try and replace (though could use Elusive Ring for extra damage reduction or RoRG to slot a different shoulder (Mantle of Channeling) or glove (Frostburn - like Idolis is pushing with - he may chime in here

If you want to keep playing in non season, Something to make Shadow Power more reliable to use is run with Yang’s. The up to 50% resource reduction makes Shadow Power really cheap. It can be kept up near 100% of the time just by using Yang’s.

As far as an easy way to manage cooldowns, you could try the “numlock trick”. Essentially, you map the skills you want to pop as soon as they come off cooldown to the numpad on your keyboard. Then when you start a game, you turn on numlock and then press the corresponding numpad number. While holding that button down, turn off numlock and the skill will automatically go off when it comes off cooldown. You repeat the process with each skill you want to do this.

When you want to pause the automatic cooldown pops, just open chat and you can town portal, identify gear and what not. Putting things in your stash can make the them go off again but all you have to do to pause it again is close chat and open it again.

Or if you want to turn it off, simply turn numlock on and then press the numpad number and that skill will stop going off.

As far as season, there’s three set ups to use with GoD. CoE, Frostburn/RoRG, Mantle of Channeling/RoRG.

CoE is most powerful, Mantle of Channeling is second and Frostburn is third. All are capable of 140+ though.

The benefits of Mantle of Channeling is you give up half the damage of CoE for a 25% defense boost. When used with Fortress Ballista, it really helps your shield and you can be a little more relaxed as its easier to keep Squirt’s up.

Frostburn gives more crits at the start of combat so up to around 120, you’re one shotting most enemies. The ones you don’t are frozen so they can’t hurt you letting you down them sooner rather than later. It’s less effective the higher you go because mobs can develop cc immunity. This is manageable and can play similar to CoE in that instead of managing a 20 sec cycle you’re fighting on one side of a good pull for a few seconds then switching to the other side and fight them for a few seconds and rinse and repeat until the pack is dead. It is much weaker than CoE about 5 GR’s give or take but its something you can try if you rather not deal with CoE’s cycle.

As far as the Buriza ethereal you’re looking for in season. You want either one with Dawn’s power in the 63% or better range, or one with Fortress Ballista power in the 2.8 to 3.0 range, or Valla’s Bequest power (this last one is a bit harder to play because you’re giving up Fortress Ballista and it’s shield making keeping your Squirt’s buff up harder, but it’s still a decent choice.

As far as stats on items, early on, crit chance isn’t as important on your gear. In fact, I cleared GR 139 with 1850 paragon and only 31% crit chance using CoE about a month ago. Buriza’s crits on frozen enemies is that powerful. You want to put on Area damage where you can, three rolls of cooldown reduction or 2 if you use the enchantress follower, Crit dam, as much as you can get. And Cold dam on your amulet and bracers. All Resist is also important, if you can get it to 1200 or so on your sheet you should be all good.

Beyond that, it’s just having fun in any manner you choose.

Happy Hunting!!! And I hope this helps.

Thanks for the numlock tip, really helps me alot, now I dont have to pay attention to stuff like FoK and Vengeance.

Here’s a vid that I recommend to my new player friends. You might find it interesting. 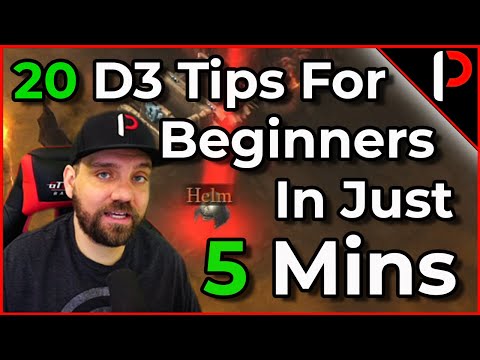 Thanks for all the advice and feedback so far. Glad to see D3 community is still here even after 8? years!

Anyway, I have more questions on Squirts and gems.

I am running GR 105 in about 3 mins average, and i noticed most of the time Squirts buff isnt up as I am spinning around taking some hits from the ghost/ground effects/arcane beams etc.

Is there any replacement for Squirts? I see old post arguing on FOT, but i think that was before the emanate effect?

Even if you can’t keep Squirt’s up through the rift, most times you can against the RG. This where Squirt’s shines, principally doubling your damage against the RG and there are no amulets that come close to that.

With practice you can get the amulets buff to stay up reasonably well, but even if you can’t. If you every time you get to even one stack it’s an increase to your damage.

Like I said there’s no amulet that comes close damage wise.

If your deadset against using Squirts, an Ess of Johann might come in handy especially if you’ve got some Area Damage on your gear. You won’t get a trifecta amulet (Cold, Crit Dam, Crit Chance) because it come cooldown reduction guaranteed which hurts it but if you’re packing Area Damage, EoJ can increase your damage just not to the degree that Squirt’s can.

Gems: Even though it’s additive, pound for pound Teaguk pretty much equals BotT when both gems are leveled to the same degree.

Iceblink isn’t worth it, gives up too much damage. If you’re worried about being to close with BotT, slot Thrill of the Hunt as a passive. Or you could just let your follower be your source of slow effects. Equip your enchantress with a Thunderfury and her take her skill at the top of the list that slows and she’ll do the work for you and you can keep your distance, which will also help you keep Squirt’s up.

Teaguk’s defense is too much to give up, so it’s a must. But if you want to replace BotT, you go with Zie’s, again your follower can proc slows for Cull the Weak and Zie’s will allow you to keep your distance for close to the same damage as BotT or better.

Bane of the Powerful is an option in lower grifts but when pushing I wouldn’t take it either.

Remember that skills and effects from followers can work on your Bane of the Trapped too (Thunderfury (not for Scoundrel of course), Cord of Sherma, Blind Faith etc). You could try Zei’s Stone of Vengeance instead of Trapped and keep more distance to monsters. Most of us play season and we have the benefit of Burizas with freeze to proc Trapped.

Even then Trapped should work for you. Maybe you’r playing style isn’t quite fine tuned yet. The fact that you need Night Stalker passives is an indicator so try and find some youtube videos (Diablo 3 gears of dreadlands / or GOD). You should change Night Stalker to Ambush. Many monsters that are hit (hard) will pause for a moment which should means that you can hit them several times before they start to hit you.

Also remember that when you hit a Shield pylon you have two minutes of full Squirts damage which is a lot, and also that when Squirts bonus is off or low the extra damage taken is off or low too.

Another thing, Preparation - focused mind instead of boar can help in keeping up squirt stacks combined with numbing traps instead of archery because you have the shield from fortress ballista.

Hi, thanks for all the advice.

Regarding gear - it seems like the cookie-cutter build is the best for a reason, I cant find any good alternatives. Other choices seem more like side-grades at best, and wont be able to boost my clear times

That said, I watched some gameplay videos and finally understood why I needed Night Stalker previously.