This isn’t a leveling a guide. This guide is for after you’ve reached 70 through solo or p’lvl and get the GoD set as Headrig’s Gift in season or it’s the first complete set you get as someone has p’lvled you.

And that, folks, is how you get through the early game.

I want to note however, that if you find a build you like through this guide and want to keep playing it because it’s fun or for whatever reason, there is no rule anywhere that you have to rush through the early game or leave it at all.

The point of playing games is to have fun. This guide is both a guide to get someone through the early game as fast as they want to or to help someone find a build that’s not difficult to gear and might be entertaining to play.

Point is, Have Fun and Happy Hunting!

Thanks and if folks have other ideas feel free to help me flesh out this guide. I’d greatly appreciate it.

Thank you for this beginner guide! I think there should be more guides like this, not only focussed on high end gear.

As an addition, you could mention Obsidian Ring of the Zodiac. I use this ring quite often at the beginning, especially when I don’t get a Dawn early, or when I get a dawn very early, but with only 5x% cdr…

One of the good things about GoD is, that there are no key items (except The Ninth Cirri Satchel, of course), imho. We don’t need a special weapon at the beginning, or have a mandatory defensive item like Zoeys Secret for M6. You can use almost everything you find.

will result in this:

edit, btw.: If you want to quickly add some links to items into your guide, you can use my “GameGuideTools”: Once you scanned the Game Guide, you can quickly search for some items, and the first search result is automatically copied into the clipboard to be pasted into the forums editor. 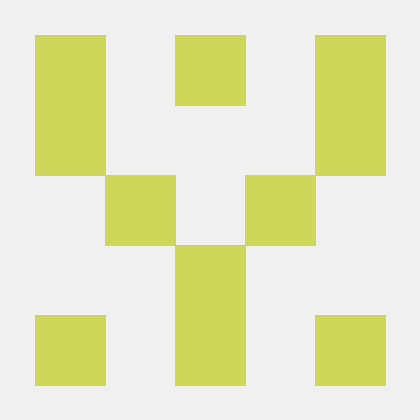 Cool, Hebalon. And thanks for the compliment. It means a lot. In fact, I couldn’t really put into words how much it means but it does mean a lot.

I’ve got a question about “Some Title” thing. Is there anything that has to be removed or added to get it to work? Like removing the quotation marks or a space or adding anything or the details is a place holder for something else?

I’m not getting it to work and I’m probably doing something wrong or looking at the instruction is someway that’s not right.

edit: never mind figured it out. Thanks again, you’re awesome.

Do you mind if I link this guide on my stream as a command? Often I get newcomers to the game stopping by and this would help immensely.

That’s VERY VERY COOL with me. Of course.

I also dropped a link in our discord for clan members wanting to make a bounties / keys toon or just playing a DH dps this season. Thanks!

I’m so thrilled folks find it helpful or informative enough to share. It was more fun working on than I thought it would be but I was hesitant to make it because I wasn’t sure, since the early game is so short relatively speaking, that folks would think it worth the time to plan for.

So glad, it wasn’t a waste of time. And thanks for getting it out there for folks to see.

Constructive and helpful deeds are never a waste of time, no matter how small or large they are in scale and scope

For me, the bow is no where near as important as getting the 9th Cirri quiver. When I PL new DH’s I always tell them to use Kadala for the quiver first, then the Hunter’s Wrath belt. With the quiver, even a Windforce is a great bow if you have the full 6 piece bonus. But the quiver is key for me.

Yangs is also a great starter bow because you never run out of hatred with it.

Getting NCS is important. You hope that’s the first quiver you get but if you don’t have a lot of Blood Shards and spend them all on quivers and you get an Emmenie’s but no NCS, then it is perfectly reasonable to use that Emmenie’s to get more Blood Shards.

NCS isn’t absolutely necessary at the very start after you get the set is what I’m saying and after you get either it or Emmenie’s it’s okay to look at other equipment.

Back to quivers focusing on Ninth Cirri Satchel which you’ll probably be focusing on for a very very long time.

I LOL’d a lot at this one…you spit TRUTH here!

Nice work. Might want to consider noting before your lists that this is NOT a levelling guide but specifically once you get your set complete (with or without RoRG)…don’t want newbies thinking this is a strategy to get to 70

Dig too how you emphasized “have fun”…It’ll be years before I could even think about hitting 5k gons or doing a 150…but I still play for the fun of killing monsters.

Thought I made it clear in the “…after you get your set” part. Figuring that someone might get p’lvled and so the early game doesn’t start for them until they get a set.

But you’re right. I should probably re-state that later in the post or maybe make it more clear in the beginning as to not confuse folks that level on their own.

make it more clear in the beginning

Much clearer now versus just starting with the “list”

I also like that you explore non-standard options/ideas like shields and the normally unused crafted items…I find myself utilizing some of those items in early leveling as well as right after getting set while grinding for Dawn, Valla, Cirri, etc (or Yangs, DML, Rucksack, etc.).

I think the guide does a fine job for it’s purpose. How you move from there, is totally up to you, your drops luck, rng, playstyle, solo / group, etc.

9CS it is big true, but even w/o it the set does more than fine, all you want once you have the set, is farming keys / bounties.

Even if you won’t have the dmg for T16 right away, doing lower torment runs is still effective and moving you towards T16, it’s not like the set is unplayable w/o 9CS like BS necro w/o sims amulet, far far from it.

Also since it’s S22 we’re talking about, all you need is to find a pylon / shrine, and the clone will clear the map for you as long as you don’t die.

That’s exactly what I was going for. You get it! lol

It’s late in the season for this but two things…

I checked the “Strategies Guide” that’s pinned to the top and there’s nothing in it about GoD. I suppose it’s because the set was in flux at the time. But it seems to be where it’s gonna be for a while and it’d be cool if folks could find the answers to GoD questions at the top of the forum since it is our most popular set.