Patch Notes are up, no season 19 start date info yet though…

Why is this some kind of insane state secret?

So now the hole wastes set was rewamped and is all about rend? No whirlwind dmg at all?

I don’t care. Just get it done when you can so I can figure out what to do about season 19. Thanks for the heads up.

Thanks, will the patch notes also include the season 19 start date?

That’s coming in the Season Preview blog, which will be later this week.

I’ve been working on getting all these communications through approvals and localization since last week. It’s coming, guys. I know it’s later than normal, and I wish it could have been a lot smoother this time around. It’s a process I normally have down to a science.

There were a lot more mitigating factors this time around that caused delays, and that lands on me. Some were controllable, most were not. I’m aiming to get that communication out Thursday, so long as I get everything back and delivered that’s needed.

Thanks for your understanding. It’s been a rough couple of weeks, and I know you’re all eager to hit the ground running in S19.

That’s coming in the Season Preview blog, which will be later this week.

MY GOD. This shouldn’t be kept under such an obscene shroud of secrecy.

So reading between the lines, season 19 is 100% not starting this Friday then?

Not this Friday, no.

I know you’re all eager to hit the ground running in S19.

I was, not so much anymore.

That’s all you needed to say. A week ago. You should really ask management to get their boot off your neck and stop throwing you into the arena with the lions wrapped in raw meat.

Not this Friday, no.

It’s a sad, sad day if it takes them until 12/6 to do S19.
It had better be 11/22 or they may literally be riots.
Oh well we can do the challenge rift, play fallen order, watch exile con and get hyped by many things not D3, well done Blizz.

Patch notes are up here 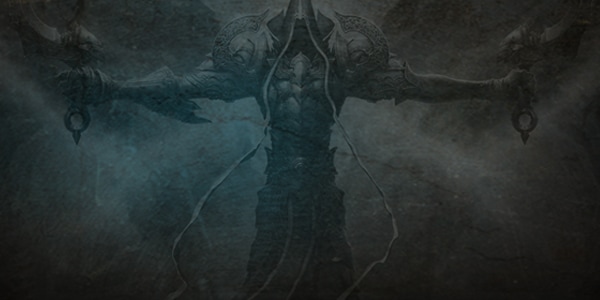 Below you will find the patch notes for the most recent update for Diablo III, Patch 2.6.7.

“We will be announcing the Season 19 start dates with the Season 19 preview blog, which will be available before the launch of Patch 2.6.7. We’ll update this post when that blog becomes available.”

Thanks for letting us know. Now I have a few extra days to consolidate my season and non-season stash tabs. I hope that you feel better.

This is what had me stop in S18 about 1 month in or so - it was a really promising start. Then I can’t even invite people on my friend’s list to group. That, plus the start of WoW Classic, plus the fact that some 6 weeks later or so many of the social bugs have not been fixed, PLUS the fact that Barbs did not get enough love this patch, means no S19 for me.

I get that Nev and others are working hard. I fully respect that - I have a very demanding job. But we are customers in this relationship and we do deserve some transparency here - the bugs in the social part of this ruin the game. I cannot come online and for 40+ minutes try to get a group going even IF there are sufficient people online to get a good group going.

I think that console patches have to be sent earlier to be approved by Sony and MS, which means that the patch has been set in stone for a while now. Probably even before Blizzcon.

Though it’s not impossible that the PC version would get an unnerfed Lamentation.