Why does telekinesis work on wells?

It’s bugging my mind. You can drink water from a well using telekinesis? How does it happen? Does the sorc make the water levitate and fly towards her mouth? Does she teleport the water to her stomach?

This part of lore is truly missing

But yeah, my headcanon is that she uses tk to levitate the water like a little ball and eats that ball of water like a fruit. I’m gonna stick to it.

Like keys, pots, scrolls and gold it dematerializes and rematerializes in another place. I would think her water materializes on a cellular level instantly hydrating her.

But yeah, my headcanon is that she uses tk to levitate the water like a little ball and eats that ball of water like a fruit. I’m gonna stick to it.

Actually, as my coffee cup says, it’s properly called CDO - OCD, but with the letters in alphabetical order, as they absolutely must be!

I think you pointed on a interesting question actually.

But there are more bad things. Teleport. Just imagine to be killed right before to pop up on diferent place …

One of the big scifi questions is that, if you teleport, are you still the same person after teleporting?

Of course, there are multiple theories for teleporting. You could enter some wormhole of sorts and appear in another place, in which case you just navigated through a different spacetime (or a distortion of spacetime, to be more precise), or you could actually disconstruct your matter in one place and reconstruct it in another place, in which case, you will never know if you are actually the same person or a new copy of the original person. In the case of D2, I think it’s likely the second option, because if the sorceress could distort gravity enough to open a rift through spacetime, I think it would be a destructive process, comparable to the formation of a black hole, not just a clean jump like she does.

Which also makes me completely give up in trying to explain how Town Portals work, as they have a similar effect to a wormhole, but don’t suck up the entire solar system when they open.

Take everything I said with a huge grain of salt, my knowledge of modern physics is pretty amateurish.

I’m writing a sci fi story myself, so I think about that stuff a lot

Anyway, we can all just accept that the explanation is in her class itself- it’s magic. The whole point of magic is to defy reason anyway.

you watched katara from avatar?

That’s where I got the idea of water floating

In the case of D2

With Telekinesis a Sorceress can reach out with her mind and manipulate distant objects. By manipulating the Ether that permeates the world, she is even able to retrieve items out of her reach, or send her attacks to distant enemies.

The Ether (a.k.a. the ethereal realm or aether) is a realm separate from the physical plane. It is the source of magic... It is through the Ether that teleportation is made possible, traversing the Ether to instantly appear in a separate location. Manipulation of the Ether within the physical plane also allows the use of telekinesis.

So the answer is: She is still the same person since the Ether is not physical.

Regarding real life: We don’t know what will be the case with teleportation since we don’t know what consciousness reduces to. However, teleporting without already having that knowledge won’t give you the answer to it, as you yourself noted (“you will never know if you are actually the same person or a new copy of the original person”).

ever since i played the arena quests in oblivion, i believed the characters dont actually drink the water, but instead splash the water on them to clean themselves, working like a liquid bandage… that seems kinda unsafe to drink too, who knows what demon might have spiked in there. and i think most holy water irl is not used to drink either, you just splash a bit of it on yourself to feel rejuvenated or blessed or something. same way, i think those wells are meant to be religious, not drinking water, also considering how each area you go through and the people you help in d2 have mostly religious backgrounds, and its all about fighting the prime evils from hell

so maybe sorc just, idk, maybe she does not even apply it in any way. she just sends her mind forth into the well to bless her mentality, which removes her ailments, exhaustion and her pain is gone. nvm her wounds, they heal when you dont worry about them… dont they? joan of arc, please advice

The reverse of this is why: 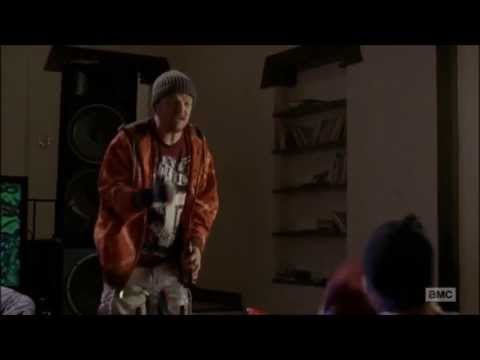 I’m serious: she’s teleporting water inside her mouth/stomach in a reverse way from Badger’s script.

Also lore wise: potions are liquid in a flask, drinking from wells is just telekineting the liquid part.

Bonus point: in the beginning they also touch the “is a teleported person still the same person?” topic already pointed out here.

The Sorceress can employ a variety of magical devices, such as, ‘The Never Empty Mana Pot.’

It would, therefore, be logical to assume, that the Sorceress uses ‘The Telekinetic Water Skin,’ in combination with ‘The Spigot of Wine Imbibing.’