WHEN is d2R Ladder release?

Blizzard told us it was original code… And back then multicore processors weren’t a thing… That IS the issue.

We have more than triple the player base than OG d2 did as it’s a worldwide batabase now and not broken down into regions.

There isn’t more POWER to be thrown at the servers as the code CANT run on multiple threads it doesn’t have a clue what multi threaded is.

back then multicore processors weren’t a thing… That IS the issue.

Oh so THAT’s the thing. The unchanged code has magically become threaded now and it’s those darned multicore processors giving that bottleneck singleton trouble - shoot! Hot darn better just give up on all the features and perks which existed 20 years ago because that’s how progress and advances work.

blocking you but maybe others can be educated

Yes, blocking me after such an ‘explanation’ is the surest way to cement the legitimacy of the nonsense you’ve just posted. We need to overclock our servers, which are “NOT” regional to handle protocol which is unchanged since the dialup era. Impossible to reach clock speeds high enough for reliable transfers of 9kb data because of reasons. ITS NOT MULTITHREADED but we can also NOT ADD MORE SERVERS because OVER CLOCKING AND LIQUID NITROGEN.

This is all very different from those simpler times when players only existed in USWest, USEast, Europe, and Asia; now we have GLOBAL players who are NOT on regional servers; they simply have to log onto the region servers of the Americas, Europe, and Asia. One cannot fathom the amount of liquid nitrogen being applied. Whenever one of these players opts to change regions and the 9kb character files are flashed across the genius bottleneck of a singleton global database, the unpaid interns at Blizzard HQ all draw straws on who must offer the blood sacrifice of a newborn child to draw the dark force to accomplish the otherwise impossible feat. This must happen in real time mind you, so please excuse the log in queues.

I am so thankful that you were around to educate myself and others.

actually it seems to be running pretty well of late. at least for me it has. i died once because of lag but thats just the wonderful world of diablo.

Does a simple SQL query struggle to I/O 9kb of data?

How many times per second times how many players are you calling it?

What is the hold up and when is the estimated start? 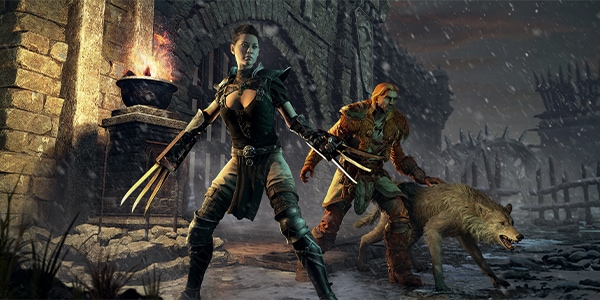 Learn more about exciting new changes and optimizations the developers are bringing to players in the upcoming Patch 2.3.

The primary focus of that PTR will be revolved around fixing database issues and stabilizing our online environment. Once we are confident these fixes are in a good place, we’ll share more details on Ladder rank play and even more new changes coming to Diablo II: Resurrected.

The same interval it was being called 20 years ago

actually it seems to be running pretty well of late. at least for me it has. i died once because of lag but thats just the wonderful world of diablo.

There is so much more than lag or queues to what has to be fixed.

You have info on number of global players on battle net now vs 20 years ago?

It’s truly hilarious how these people believe the utter drivel coming out of Blizzard’s mouth on this issue.

Must be that old net code that they were happy to put into the game and thoroughly tested right?

Surely a good excuse for such a bad product.

bud just stop your name calling cuz you think your right. others have tried pointing out that you are 100% wrong.

your only making your self look like a fool. you have no clue one bit what your talking about or how netcode and severs work together.

Blizzard told us it was original code… And back then multicore processors weren’t a thing… That IS the issue.

We have more than triple the player base than OG d2 did as it’s a worldwide batabase now and not broken down into regions.

There isn’t more POWER to be thrown at the servers as the code CANT run on multiple threads it doesn’t have a clue what multi threaded is.

as above another person has tried to explain this to you. this is in fact true. just cuz you dont understand something doesnt mean its not fact. simaler with flat eathers not understanding the facts behind a global earth. and refuse to learn anything.

you seem to think your right and dont want to be proven your wrong. thats ok think what you want. and not actually learn the real issue. your just making stuff up cuz it makes sence to you and dont seem open to the fact your actually wrong.

you have no clue one bit what your talking about or how netcode and severs work together.

as funny as your explanation would be, I’m not gonna ask

your just making stuff up cuz it makes sence to you and dont seem open to the fact your actually wrong.

such as? dont just leave it hanging there. please enlighten me.

play the game for a few hours in groups and solo and you’ll get it.

When you have the same old problems that existed 20 years ago. Is a fair assumption of lack of changes in key areas.

D2 code doesn’t scalate well. Like d1 code was, the “battlenet” implementation was “bruteforced” on the OG game. Most “technnicians” in that age under blizzard umbrela was doing implementations on fly to actually make it work

That’s what they could do, 20 years ago with the number of concurrent calls for it. Was inovative but also messy.

Like about a decade ago most “stream services” like youtube needed to change their code to actually handle enough requests at same time in a acceptable period of time.

If you ever open the OG, and check singleplayer latency you have 0-30ms doing singleplayer stuff locally. When the game needs to calculate and evaluate certain kind of events, either you have a celeron or a i9. The time would be almost the same within that range.

If you put that in a server handling several stuff you create bottlenecks. They chose keep the OG code both on netcode but also in the game itself. That’s why several headaches appeared when they tried to refine the treatment that the game does, about checksums and state of stuff.

Their servers aren’t the issue, they use google servers for mostly all their games and only a few of them have issues that regularly. They increased the number, or at least is what they said, about 2 times already and the issue kept happening. Got even worst when folks started to MF more regularly.

You can have the fastest hardware in the world, would lose if your software are badly implemented and lack optimization.

An FPGA with spec of 10 year old cpus can beat in their purpose task any modern cpu with room to spare. The arch matters, but the most differential was the optimization for the software or the software being optimized for the hardware. FPGA does the prior.

While most of the applications does the later. The issue was that the application itself wasn’t. Because they didn’t improved enough or just chose to stick with the old stuff and sort it out along the road. Solve issues later can be more profitable because you’re paying the development on the go, while if they started to the ground would take more 1-3 years to the game be released.

Industry works with cash, if you’re trying to do something is costly. So you either reuse stuff to make profit right now or create from the ground. Most of the stuff aren’t new or from the ground. Because is time consuming and costly.

D2 was implemented in a rush, they even released the game before was ready. Act4 and even David already stated that several times. The expansion was a way to “fill” the gap. The game itself, even 20 years later has a ton of bugs.

D2R reusing the same half baked code, would be the same. Don’t be naive about it, sure they changed some stuff, but most of the “core” issue was left unchanged because they wouldn’t have time to sort or diagnose it in a enough time to actually be viable on the economic perspective. Software testing is one of the jobs more oversighted in the industry, even when they have some. Most of them are put on a balance between: “release and fix later”, “leave as is” or just “we are aware but the cost is too high right now”.

The artistic side of the game are amazing, but the code behind is really messy. That’s both legacy from d2 but also some implementations they done on D2R.

When they start to do solutions instead of paliatives, things will improve. Otherwise the same mess of 20 years ago will keep return to haunt them.

Edit:
About ladder, expect something like january-march window. Will depend on how well PTR testing will go.

i have done that but it hasnt taught me how to read your mind.

Yea… I’m not suckling on no man’s boots. If they don’t release ladder on D2R I’ll pretty much treat Blizzard like they’re dead to me. No Ladder, means they have no respect for us as consumers. The fact that you’d be Aok with being treated with such disrespect says everything to me about the kind of person you are.
Ladder was promised to us, so if they don’t come through that means they lied to our faces. There’s no wiggle room there. Lets hope Blizz ain’t lying to our faces.

Ladder was promised to us

Did I once say I was AoK with that no I didn’t. I stated in dont trust blizzard to deliver on this.

My point was i dont trust the promises of blizzard.

Do u honestly think blizzard is going to keep that promise. IMO I dought they will.

Do i want to seem them keep this promise HELL yes. Just not keeping my hopes high. And my comment was stating why.