Oh? What a surprise. Server is down

Giving a snarky remark like “as with any line you have to wait” is anti-customer rhetoric and par for the course coming from the company you’re defending.

This is exactly right.

The clowns they have running this circus is exactly, par for the course.

Even though we’re not supposed to say the “servers are down”, at this rate they may as well be down. Because I don’t believe anyone is having a good experience while trying to play online. I imagine most can’t even sign into BNet at this point.

it’s not even bots, it’s players farming ONE boss or dungeon and then making a new game over and over and over and over, if people want to play in the meantime while blizz is working on permanent fixes they’re gonna have to slow it down a smidge and farm multiple areas per game. Currently i’ve been doing hell cows, countess, the pit, andy, arcane sanctuary, ancient tunnels, meph, chaos sanc, pindle and shenk on every game i make and i’ve had very few issues with the server today thankfully

Maybe we should just start saying “The servers are unplayable”, which sounds stupid, but that’s what’s going on if you didn’t draw the correct lot number.

It’s bad enough actually being unable to play, but then once we’re actually in game, the lobby is half useless because it stays populated with games that are over five hours old (That has no one in them!) and takes so long to show actual new games that by the time you can actually see the new games, they are full. 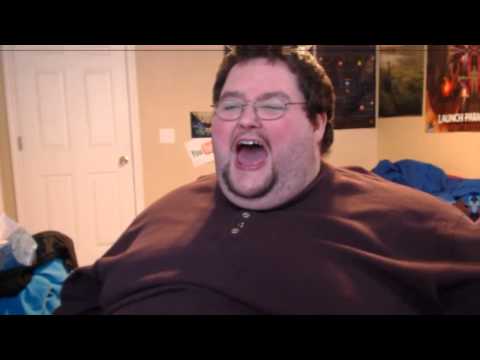 Creating complaint threads about an issue Blizzard has already posted a thread about detailing exactly what they’re doing to try and resolve the problems is just akin to spamming the forums. (which is against the forum rules, FYI) If you’ve already read the post (linking below for those who haven’t) then you already know it’s going to take some time to resolve this in the next few weeks.

Or, you can just create complaint threads which won’t resolve anything.

Diablo II: Resurrected Outages: An explanation, how we’ve been working on it, and how we’re moving forward General Discussion

Hello, everyone. Since the launch of Diablo II: Resurrected, we have been experiencing multiple server issues, and we wanted to provide some transparency around what is causing these issues and the steps we have taken so far to address them. We also want to give you some insight into how we’re moving forward. tl;dr: Our server outages have not been caused by a singular issue; we are solving each problem as they arise, with both mitigating solves and longer-term architectural changes. A small n…

why all streamers playing w/o any problems ??? buyng the game with different money something ??

Expect from X-Y hours, games is NOT expect to be online in the next days, I think people will be less upset.

Sure they did put up a long fairly detail statement of what happened.

However, most players rightly cares more about the “can I play now, tomorrow, the day after tomorrow, in weekend then?”

If they said do not expect games to be online for log period in weekend, then we can plan something else.

Last I checked this is a forum in which we are having a discussion since we can’t connect to the servers. So feel free to ignore our conversation if you don’t like it.

Just got kicked on switch killing izual… server down?

Holy moly! I have never seen that meme nor its dubstep version. It’s intense. The video editor did an exceptional job.

its fine for me. interesting.

maybe theyre letting the ones on stay on and no new logins, idk.

No, I was playing one char for a couple hours, went to switch to another and suddenly had no connection to Bnet. I guess it’s possible I fell into their new limiting strategy for trying to create a new game in seconds. That would be VERY limiting if true.

I dont mind a small queue to get in, but when the game is unstable as it is, having a crash every 20-60 mins, to be put back in queue again, just is not reasonable or acceptable.

Did you even read the blue post…lol

Sure did- how about you?

at least we can play now

This post was a long saturated post that essentially is saying that the players are making to many games and the servers cant handle it. Awful excuse to the fan base, LOD has bots that open THOUSANDS of games per minute but that version runs fine? Get out of here with this crap post about they trying their best. This company made 8.09 BILLION USD last year but cant build enough servers for a game launch. Not to mention that D2R is just a UI layer over legacy code. Lazy crap.

That is the actual issue. Not the servers. It is that the database structure does not scale to a modern Global player base of the size we have - generating as much data as we players do. The database architecture and processes can’t handle the data thrown at it. This is why we were losing data as well.

I realize it is a long post and kind of technical, but it is way more than “buy more servers”. To fix this they have to re-write the code on the back end. Which they are doing.

Should they have thought of that BEFORE release? Yes. Should they have tested it before release with more realistic conditions? Yes. They did not though and now they are trying to fix it. I appreciate that they are finally being honest about it - and that it is not an easy problem to fix.

Should you stop being upset that you can’t login and play. No, nobody is saying that. Not playing sucks.

Note: MVPs are other players, not Blizzard employees. MVPs do not represent Blizzard or speak for Blizzard. They only have green text.

Back to Path of Diablo I guess

Now that every single customer they have is pissed off they go out and say, look this is an old game, we will try to fix it. In the mean time we will limit you to such an extend that a lot of you will stop playing. With this our temporary fix will become permanent because we don’t want to rewrite the whole game and the people playing won’t be that many.

By the time they release ladder most people will have deleted the game and forgot about it,
This is my pessimistic view of how things will play out, lets see

Bobby’s next new yacht isn’t going to pay for itself.