Is there ever going to be an offline option for Battle.net?

I go offline a lot and sometimes for months at a time. Is there ever going to be a battle.net offline option like STEAM, Like Uplay, Like EA Origin, Like Epic store, for your single player games? Diablo, Warcraft, Starcraft, even Call Of Duty modern warfare 2 remastered (for campaign and skirmish offline). The argument because of piracy is a load of bullsht. Pirates aren’t customers now and they aren’t customers and still won’t be customers if you had an offline or an online option, doesn tmatter in pirate land, they are pirates, they dont pay for sht. Just because they might play your games for free, doesnt mean they were ever going to be your paying customers. The Witcher 3 has sold just as much as Diablo so has Call OF Duty and many games. They are also the most pirated games of all time. So its a ridiculous statement that having an offline option decreases your sales. I have deliberately not paid for Diablo 3, instead opting for Diablo on GOG and Torchlight/torchlight 2 and Titan Quest on STEAM, because of their offline options. All this online only bullsht is doing is annoying your actual REAL customers, that like to have offline modes to play games in single player or LAN. It doesn’t get you more miraculous customers from pirate land. Pirates arent interested in paying for games. Online or offline. You MIGHT get a couple of pirates that MIGHT pay for you games. Id be surprised if pirates really make a dent in your profits. I dont even know how you could calculate it. Because pirates arent paying customers. If anything many people buy games after they see it on you tube or play it for free at a mates house or something.

I agree 100%. I’m new here. I do most of my gaming through Steam. I paid good money for COD Modern Warfare and would like the option of playing offline.
I don’t see myself spending any more money here unless and until that option becomes available.

I highly doubt it.

The whole point of this new garbage launcher is to force advertisements onto you that you were able to avoid earlier, I do not see them falling devoid of such a tactic to include such idiocy on something that only has to launch a game.

The post you are replying to has nothing to do with the launcher. They want the option to play Blizzard games without logging into the internet at all. WoW, Hearthstone, Diablo 3, Heroes of the Storm, Overwatch, etc. All are online only - that is what this thread is about.

Almost every modern Blizzard game is online-only and that won’t be changed. The exception will be D2R.

As for the advertisements, the old launcher had them too. It had nothing to do with the online only game requirements - which existed before Battlenet even had its own consolidated launcher.

For the advertisements, no, the older launchers most definitely did not have them to this extent, I specifically recall upcoming news and features… not “Save 25% on this thing!” because it had a designated “Shop,” and “News” section to deviate the fact that they want you to swallow their ads without notice.

As for the offline mode only – I agree. I thought he meant view everything without an internet connection haha

D2R is also not available offline. Ive attempted several times with no luck.

D2R has a 30 day login that is required in order to keep playing offline I think. I have not tested that though and have seen others claim it bugs.

If you wanted to discuss a tech issue with D2R you would be best on the D2R tech support forums. 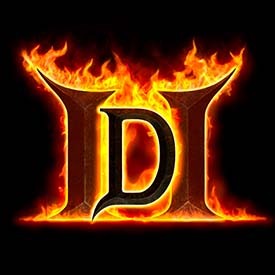 For issues installing/patching/connecting to Diablo II: Resurrected or crashes.