When I download from the launcher, it routinely gets up to 60-65 MB/s (which matches my ISP download speed of 500Mb/s).

Problem is, Hellfig, anyone can say what ever they want on the internet. That includes people that don’t know the first thing on what they are talking about.

You are correct, speeds are not solely dependent on one’s ISP. Instead, it’s dependent on the myriad of software and hardware that spans between a source and destination. I have 500Mb/s download from my ISP. However, if anywhere, anywhere, in between me and Blizzard can’t support that, it’s going to be throttled at no fault of mine, my ISP or Blizzard.

And again, you’re correct, this can happen anywhere in the world, anywhere there is a source and a destination. Just not for conspiracy reasons you find out on the web from people who also don’t fully understand what they are talking about.

As for me, I’m a “common person” with no privileges outside of text color. Even my non-MVP Battlenet accounts have the exact download speeds as this account, even from different computers and different IPs. Blizzard doesn’t just give faster speeds to some and slower speeds to others.

It’s fine to be upset at your situation, Hellfig, but don’t let that skew your sense of reality, such as making claims that I’m lying about my download speeds. 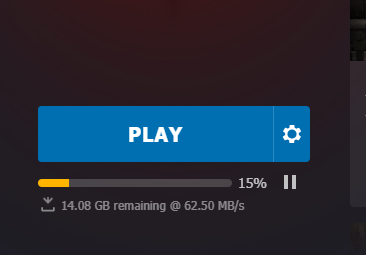