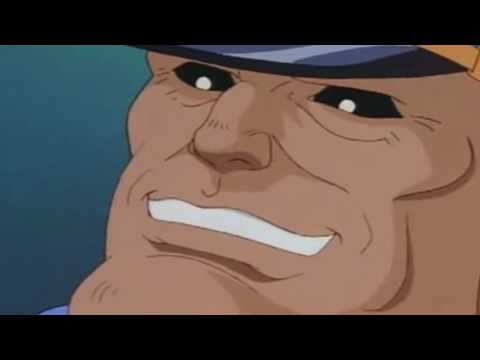 I’m happy that I’ll be able to get these mounts, but at the same time constantly making mounts that were rare easier to get hurts the artificial scarcity that MMOs need for you to feel accomplished

The mounts that used to be rare will be seen as normal mounts after all the hours those people put into farming them, then when a rare mount DOES come out you think “What if they do the same thing to this one”

Good decision to increase drop rates of the mounts. I have been farming them since they were available. I am glad they made the change, even if it means many other people who haven’t spent the time farming them will now have them. Nothing should take that long to obtain.

I just hope they don’t 360 and remove this! I already completed all my world boss runs on all my characters before the drop rate changed!!! >.<

You do have a good point, but I wonder what the percentage of the players are of the mindset of farming mounts for their satisfaction or to get the praise of others.

Been in a bunch of groups for Sha and no one has gotten anything. If you increase a .05% drop 100% it’s a 1% drop. Is that what you mean by substantially? I suspect this is very misleading.

My thoughts exactly, Galleon had a higher drop rate to begin with, killed it 15 times since yesterday, no mount drop. I’m at 1k+ total kills already, and while an increase drop rate is nice, the biggest thing needed is some hard core BLP, hopefully retroactively so that if you’ve already killed a given boss x times, account wide, and don’t have the mount it gives you the mount on your next kill of the boss.

Good decision to increase drop rates of the mounts

Indeed, good decisions if you only care for getting a mount you desire (most likely for its rarity in the first place) and if your foresight stops there, as the mounts are worth close to nothing with that droprate anymore

Absolutely it was a great change. What makes me cynical is the fact that it took a bug for them to decide on making that change. Improvements to the game shouldn’t happen only after enough people complain.

Honestly, most folks I know don’t git two shakes of Sarge’s rump about ‘muh rarity’ they go for things they want for t-mog/rp purposes, and the RP servers seem to always be full/have high player counts at all times

Honestly, most folks I know don’t git two shakes of Sarge’s rump about ‘muh rarity’ they go for things they want for t-mog/rp purposes, and the RP servers seem to always be full/have high player counts at all times

plausible, since “most people” generally want everything for as low effort as possible.
but “muh, I want” is not a viable reason to destroy the value of such mounts, when there are more reasonable ways to make farming more accessible.

Hey all! Here are today’s hotfixes.

value of such mounts

What ‘value’ are you talking about? The actual value of digital goods that can be infinitely produces is entirely based on individual perception of the item. Add into that, again, that they are nontransferable, and they have less value than a Bored Ape NFT.

Unless you mean individual value perhaps. At which point I must wonder what kind of sad, pathetic individual can only enjoy an item that takes less than no skill to get but is 100% luck, because others don’t have it/didn’t get lucky.

Things like say, Mad World title, or Glad mounts, etc, those are fine being restricted as they are, entirely, a test of individual skill. Be it against the game, or against other players.

Things that are entirely luck based, or, you could be carried through however, I do not feel should have any restrictions or the like placed upon them, like arbitrarily low drop rates. Things like World Boss mount drop rates, or legacy dungeon/raid drop rates do not bring players enjoyment. They bring tedium and frustration. I cannot tell you how many people I know that have gone ‘FINALLY got the thing, god that was annoying’ and never use the thing because it’s mere existence irks them due to the frustrations these grinds cause.

I collect stuff cause I like the way it looks, “DIGITAL SCARCITY” means nothing to me. It’s a game, I play it to have fun.

Unless you mean individual value perhaps. At which point I must wonder what kind of sad, pathetic individual can only enjoy an item that takes less than no skill to get but is 100% luck, because others don’t have it/didn’t get lucky.

I’d rather have you not spill your toxic over-generalizations here.

You are, in part, trying to argue against one of the fundamentals of MMO mechanics
which is RNG.

It is good to have things ingame that are very, very hard to obtain, be it skill based via PvE, PvP, making gold to buy a rare thing… or - and yes, this is also a very valid option - just through low droprates that require constant trying, putting your luck to test, until you finally prevail.

The only question here is: How rare shall it be?

It is one thing to say we do not want anymore items with such low dropchance.
But it is something entirely different to just outright devalue something with established value by arbitrarily increasing it’s droprate by about two orders of magnitude.

The low droprate wasn’t the problem though. The fact that it could take 3000 and more attempts, coupled with the necessity to level and maintain an army of alts to have a realistic chance were.

Effectively this change was merely the easiest option that took little to no thinking or any other effort at all.

A value that is only able to be individually assigned as the item is digital, infinitely reproducable, and non transferable. Ergo: it is not an objective value, but a purely subjective value to each individual.

The problem with folks constantly claiming these items magically have some established value is that it really doesn’t. It’s value is purely subjective to each and every person, no matter how much folks time to claim otherwise. As again, it’s not a good you can exchange/trade to others, and is endlessly producable.

You also say RNG is a fundamental mechanic, and to extent that could be the case when it comes to gameplay. But RNG shouldn’t not be the only determining factor for rewards. Rewards should be deterministic more so than pure RNG. If it must be pure RNG, there should be no limiting factor to the number of tries some one can make should they be willing to spend the time.

In any scenario however, there does need to be a form of ‘bad luck protection’ as nothing destroys some one’s enjoyment of a game or a task than continually performing said task and not seeing any progress toward the end goal of the task. Take the Dragonwrath, Tarecgosa’s Rest method of aquisition. It takes time, yes, some bits may have minor amounts of RNG (more RNG with more people in group) but, ultimitely you can see you are making progress, that you are advancing toward a goal, that you are making progress.

That is the biggest problem with how many things are ‘RNG only’ and people constantly try to assign a value to based on their expectations while demanding other’s follow it. Galleon’s Saddle isn’t hard to get, it’s tedious, requires a, frankly, degenerate methodology to try and get more efficiently, and does not reward the time needed to get it, as you could (as in my case) kill the stupid thing 1000+ times between all your alts and never get the saddle to drop. Then Bob Smith, the new player comes in, gets it the first time they kill it.

That’s great for Bob Smith, but is horrible for the other players as it is discouraging to see, makes the players jaded and irate. After all, they spent all this time working toward it, bored out of their minds trying to get the thing for completion of their collection or for say, roleplay purposes (which is more my case). Then, they get to a point that, they are no longer excited by the thing but continue due to sunk cost fallacy and pure spite to the game devs and cruddy RNG designs.

Not immediately no. Normally heirloom upgrades aren’t until after the second raid.

A value that is only able to be individually assigned as the item is digital, infinitely reproducable, and non transferable. Ergo: it is not an objective value, but a purely subjective value to each individual.

that does not make it any less viable. it is literally how people embrace everything in the world. people crave things of value, no matter how intangible. the rarer something is the more they desire it. that’s literally part of being a human and how it works: the more people see value in something, the more it is established. and people crave rare things far, far beyond their material/tangible value.
there is absolutely no problem with items being rare and for the most part a question of rng. those items are a almost invisible minority. saying those items would “magically get value” is either ignorant or uneducated.
it sure is less engaging, but that niche also deserves to be catered to.
but when you’re not a collector and don’t appreciate very rare items, that’s okay. you’re not obligated to. but that does not justify taking that away from those players who do.
those mounts were 90% desired for their rarity. and as was said, you could make them less tedious to obtain without destroying their perceived value. nobody really cares for 1% mounts everybody can farm easily (except for visual aspect etc.)
nobody demands to follow any expectations. people do enjoy rare and very rare things. and they deserve to have those things. if you don’t want to put effort into it, well, then those things are just not for you. it’s about balance. and 2k attempts are not outrageous. they aren’t, generally speaking. you can always ignore them, if it’s too much work.
arguing otherwise is just a prime example of feeling entitled to get everything you want the way you want.
again, those items are few and far between. they should’ve tinkered around, capping the max attempts and make them farmable with one character (no lockout). that would absolutely have been better than destroying their value in rarity (which, again, it is perfectly fine to hunt even the most rare and elusive mounts)

Ohh good to know. Thank you

dont know about characters getting stuck in forbidden reach has been fixed. i have a evoker thats been stuck there for 2 days and cant access him. every time i try i get immediate disconnect.