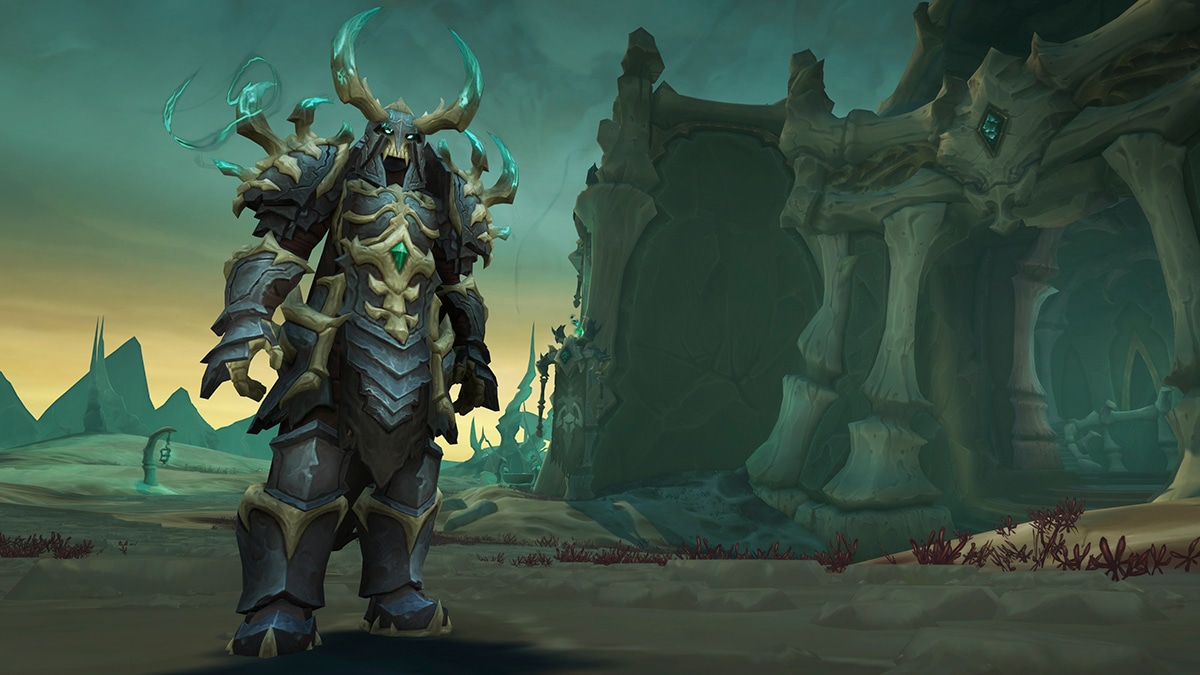 Catch up on all of the latest World of Warcraft news, hotfixes, and more in our update.

Maldraxxus! The Cream of the Crop! Nobody does it better!

Ardenweald got Falcor. We are obviously better.

We got wholesome pet shenanigans.

I can’t post pictures so I’m gonna post a link to a thread I made when I could make pictures, go in there and look at the pictures lol

Draka has a big doggo you can pet

[image] And just outside the Seat of the Primus you can witness a pair of Maldraxxi dancing to a bard’s song. [image] Let’s never forget though about Maldraxxus’ most precious creatures, the Jelly Cats! [image] We are not just the Cream of the Crop, but also the Totes Adorbs covenant too

Not just the OP though, scroll down. There’s plenty of treasure in the comments

Well, that’d be handy if I had any desire left to level an alt this expansion.

Can we change conduits with tomes yet?? and if not…WHY NOT???

Good now just remove the classy achievement for rank 8 bank tab, it’s been 11 years, no reason for that bank tab to still be behind an achievement

Mythic raiders will be able to speak to Acquirer Ta’gosh in the Hall of Curiosities who now sells a Gateway Control Shard letting you activate the nearest Demonic Gateway.

Please explain in detail what this even means. A warlock’s Demonic Gateway? If I’m 80 yds away from the nearest, do I instantly teleport to it and then zoom to its other side?

Get some more work done on Nightborne please. You guys can’t be serious with them the way they are right now. Who even made the npc models? Just give us those and stop trying to make the crappers you have in game now work. There’s a feedback thread in ptr forum, go read it.

Thanks for the consolidated update!

I would also appreciate seeing roadmaps that are a bit more long-term.

I would assume you’d need to be within clicking distance.

Mythic raiders will be able to speak to Acquirer Ta’gosh in the Hall of Curiosities who now sells a Gateway Control Shard letting you activate the nearest Demonic Gateway.

Please explain in detail what this even means. A warlock’s Demonic Gateway? If I’m 80 yds away from the nearest, do I instantly teleport to it and then zoom to its other side?

You will likely still need to be within “clicking” range of the gateway.

This is for the many instances where the entire raid needs to be stacked up tight on the gateway, then the entire gateway needs to click the gateway at the same time - which can be difficult with 19 other players standing on it.

The workaround has been this sequence:

The new item is to eliminate this hassle so we can just put an item on our keybinds, instead, and use that. From 4 steps to 1.

Poor choice of words with regards to the post (anyone is able to buy it but it’s most commonly used in Mythic), but the TL;DR is that at the moment one of the most commonly-used strategies for a very long time involves using a focus macro to set focus to the end of the Demonic Gateway that you’ll plan on using, and then making an “Interact with Mouseover” keybind to mouse over the Gateway focus frame and interact with it instead of having to manually click it when 19 other players are stacked on top of the gateway trying to do the same thing.

With this item you don’t have to use the focus macro/interact with mouseover combo; if you’re in range of an end of a Demonic Gateway you will automatically interact with the Demonic Gateway without having to manually click it as soon as you use the item, which you can also set as a keybind.

The Focus Gateway thing has been used for several bosses. It was mandatory on Mythic Kil’jaeden (the hardest boss ever) and was very very useful for Mythic Carapace of N’zoth. It was helpful on Mythic SLG last tier, too. This tier alone there are three Mythic bosses that borderline mandate the focus macro/interact with mouseover combo: Mythic Soulrender for the chains mechanic, Mythic Painsmith for the last 2 spike walls during each intermission, and, more egregiously Mythic Sylvanas for the P1 and P2 Veils of Darkness (requiring THREE SEPARATE GATEWAYS, so you have to focus the correct end of each of three different Demonic Gateways).

Basically, it consolidates two different and more complex functions into one simple and easy-to-use item, which is only a good thing because now you can use focus macros again and not have to constantly focus new Gateways.

I’ll clap when Goblins get Beards

Some decent changes, but doubt it’s enough to get those friends lists lit back up. My friends list hasn’t been this dead since Wod. Open world content boring, and unrewarding this expansion. Just like Wod. Perhaps going back to Legion, BFA type of outdoor content system next expansion? Go back to Legion type of invasions, and BFA assaults in all current content zones not just confined to one zone that a lot of people were never fond of in the first place.

Poor choice of words with regards to the post (anyone is able to buy it but it’s most commonly used in Mythic),

Poor choice of words indeed. It implies only Mythic Raiders can even buy it. While the tactic is mostly used on Mythic difficulty, it is used on the others. We employ it on the Soulrender fight, for instance.

Now if we can just get some warlock demon updates like, say, stables… hint hint

Is there anywhere I can read about the nerfs to P1 raids?