Why don't the attendants in Oribos remember Zovaal?

They say they serve the arbiter and I’m sure they must of been there before the fake arbiter made of Zovaal’s anima so why don’t they remember that they served him before? Unless the other Eternal One’s memory wiped them. The attendants in Korthia must of known since they seem to know a lot about the first ones. It seems a strange oversight.

Everybody in the expansion seems to dance around the issue of who the Jailer is. Like they all know it but nobody bothers to tell you why he’s there.

Who said they didn’t remember?

Grimoire affirms all the Attendants only adore the current Arbiter and believe she created them.

It seems a strange oversight.

I would wager all the Attendants are also created by the Primus/Eternal Ones using Zovaal’s anima.

Assuming each Eternal One had a specific role in dethroning Zovaal and/or setting up the new Arbiter, it would make sense if all the new Attendants are simply anima constructs created by Kyrestia.

Only two groups obsess over “The Purpose”:

I would wager all the Attendants are also created by the Primus/Eternal Ones using Zovaal’s anima.

That makes sense to me. Also at the end of the Chains of Domination storyline the Primus says we are going to make a new Arbiter sigil. I wonder how that’s going to work.

It would be interesting to see other character in Shadowlands react to the information that Zovaal was the Arbiter. Are some of them shocked or they secretly knew. I reckon the brokers know for sure as well.

Edit: Hang on. Oribos seems like it was there long before Zovaal was dethroned so if he was at the top doing his thing he must of had his own attendants? Maybe they made new ones or mindwipe?

he must of had his own attendants?

I would bet money that before there were attendants, Oribos itself was a possible “destination” where Zovaal would induct you for eternal service

Unless Torgast was the original Oribos. After all, I seriously believe he earned the name “The Jailer” before being imprisoned. His was an oppressive and tyrannical rule, with the only option for the dead was either servitude or damnation.

This all really depends on exactly when was Zovaal dethroned.
But I believe Oribos and the attendants were all created for the Arbiter as a replacement for Torgast and Zovaal.

Wasn’t Oribos not even the first “Oribos?” It seems like from the Korthia campaign that the city that was destroyed in Kortia may have been Zorvaal’s original city. It seems like the Attendants may have also had their memory wiped, and reprogrammed to only care about the Purpose as some kind of way to ensure the Attendants would not go looking into what happened in the past. From the Korthia artifacts it seems like the Jailer, as the Arbiter was looking into the Cosmic Forces, and possibly the effect those forces have on the mortal plane.

THIS IS MY THEORY - DO NOT TAKE THIS AS HEAD CANON, IT IS ONLY A THEORY:
This has been mentioned here already in bits and pieces but I was under the impression that the Brokers may have been the original Attendants. The story would go that the Brokers, loyal to Zovaal, had their memories wiped upon Zovaal being banished to the Maw. Having lost their leader in Zovaal, and unable to unify on their own, they created cartels (sort of like tribes who loosely work together but only for their own benefit and not the benefit of others). The Brokers are also obsessed with knowledge and collecting it, and so I imagined that this would be, in part, due to their having lost their own knowledge and memories. They’re desperately searching for their purpose while the Attendants repeatedly mention their own. I think the Attendants are a type of construct like Baalsamael described, though in my opinion their blueprint was based around Korthian’s Keepers (which is why the look so similar). They were created with one purpose and that’s to keep the Arbiter in working condition.

So to answer your question ‘Why don’t the attendants in Oribos remember Zovaal?’

Unless Torgast was the original Oribos.

Well we know that Torghast’s aesthetic was going to be what Oribos originally looked like as per ArtStation commentary.

But also the Aesthetic Language doesn’t make sense this expansion.

Why did Restored Arbiter Zovaal look like a giant Mawsworn instead of God Emperor of Deaths?

It’s all over the place.

Why did Restored Arbiter Zovaal look like a giant Mawsworn instead of God Emperor of Deaths?

Probably because that was his aesthetic before being imprisoned. He doesn’t look like Mawsworn. Mawsworn are modeled after his aesthetic. 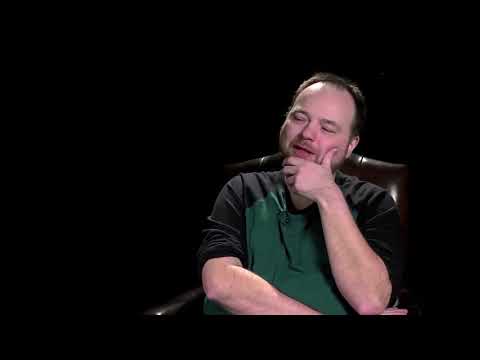 He looks like a Lich King, and I think it’s intentional.

Yeah, it’s the same with Ny’alotha and Ahn’Qiraj, most likely.

Probably because that was his aesthetic before being imprisoned. He doesn’t look like Mawsworn.

The Arbiter seemed to have been 100% created from his anima. She was a pure anima construct rather than a construct empowered by Zovaal’s anima.

She is Zovaal’s anima’s incarnation so to speak.

Probably because that was his aesthetic before being imprisoned. He doesn’t look like Mawsworn. Mawsworn are modeled after his aesthetic.

Except based upon the origin of Frostmourne and the Helm of Domination, the Mawsworn aesthetic was implied to have been extracted from the Primus’ mind while he was captured. Torghast and the Jailer’s chains already sharing that same aesthetic makes it seem like what would become the Mawsworn “look” was originally designed by the Primus explicitly to imprison Zovaal.

Was it specifically to imprison Zovaal? All we know is that the Primus invented Domination and the Mourneblades and Helm of Domination.

That does seem to be a theme.

A great warrior is blessed by a magus and given weapons and enchantments for some mutual mission.

But as he wields those powers, he learns to command them and usurp them.

In essence, cutting out the middle man.

Yes he literally says he invented Domination to beat up Zovaal.

As much as that answer is true in Shadowlands - Domination magic being invented by the Primus to imprison the Jailer is kind of a retcon. Domination magic should have come from the 6th spirit of Decay because that’s lorewise what necromancers were tapping into to raise the dead in the past. The entire premise of Decay was that it did not require consent like other elements to manipulate, it did not care about consent. In hindsight, I understand why they moved away from this explanation because of the lack of consent. Being raised using Decay magic was a type of violation in itself.

The Arbiter seemed to have been 100% created from his anima. She was a pure anima construct rather than a construct empowered by Zovaal’s anima.

She is Zovaal’s anima’s incarnation so to speak.

Yes but his Aesthetic isn’t necessarily derived from his Anima. It could be that his Sigil just gave his the power to manifest his power.

Torghast and the Jailer’s chains already sharing that same aesthetic makes it seem like what would become the Mawsworn “look” was originally designed by the Primus explicitly to imprison Zovaal.

I’m willing to bet Torghast existed before Zovaal was imprisoned. It doesn’t make sense that it was constructed solely for the purpose of imprisoning Zovaal.
More likely, it was Zovaal’s citadel and the Primus imprisoned him there.